This is Part II of a series of reports from our traveling correspondent in the American heartland. Part I covered the arrest of 10 Occupy OKC protesters as they “mic checked” a local Walmart on Black Friday. Part II takes them through 13 hours in an Oklahoma jail. Part III will culminate in the occupiers’ final standoff against police as they face a forceful eviction from Poet’s Park.

All Chris Thomas remembers of his arrest was that “Several officers ran past me and tackled Jay first. I was grabbed from behind. I informed the officer that I had a compound fracture and had five surgeries on my elbow. I asked the officer to be careful because my arm does not extend fully. He said, `we will fix that!’ – as he forced my arm behind me and cuffed me.

“They left me in the cuffs for over an hour,” said Thomas. “I meditated while I was in cuffs and tried to ignore the pain. The officer that finally un-cuffed me commented that my had was twisted into a weird position. My hands were numb. My arm was forced into a position that my arm can not normally go in.”
(When I interviewed Thomas nearly 36 hours after the incident, he was still in a great deal of physical pain.)

Del City police deny that excessive force was used in handling the occupy protesters. Police Lt. Steve Robinson said that only one of the protesters – Jay Vehige – was “combative.” Vehige and his fellow demonstrators say even this allegation is untrue. Video of Vehige’s arrest shows that he was complying with all of the officer’s orders. He is lying face-down on the floor and does not appear to be physically resisting. Regardless, Vehige was also charged with resisting arrest.

“It’s a pretty vague charge,” according to Brittany Novotny, an attorney representing the Occupy OKC protesters. She told KOCO-TV, “I don’t think these folks are guilty of disorderly conduct. They were asked to leave by store personnel. They tried to do so and, at that point, a couple of them were tackled and arrested.”

“We weren’t being hostile at all,” Agnew insists. “We just wanted to raise awareness.” 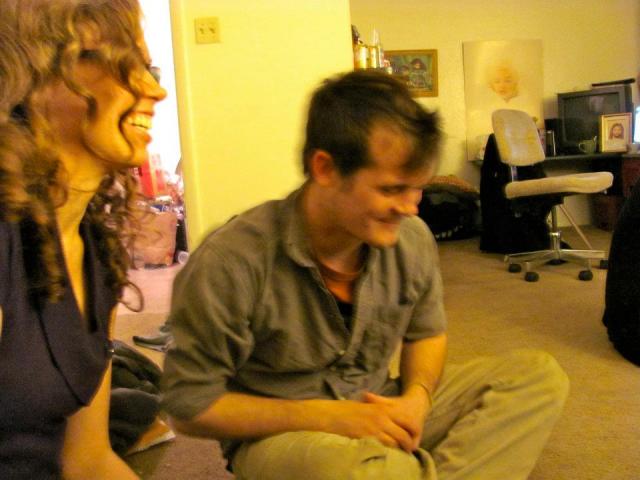 Oklahoma City – In the early morning hours of Black Friday, 10 members of Occupy OKC  discovered that chanting “Buy local!” in a crowded Walmart is an arrestable offense in the United States of America. 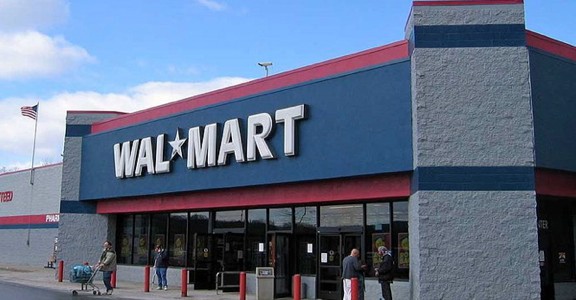 It all started with a group of about 20-25 Occupy OKC demonstrators doing “mic checks” at several mega retailers around the Oklahoma City area open on Thanksgiving night. “We hit Best Buy, Toys `R’ Us, a Target store, and two other Walmarts between 10pm and midnight,” said Nick Saltzman, 19, one of the local occupiers who managed to avoid arrest. “It was going so well.”

That is, until the group left Oklahoma City limits and ventured into nearby Del City (recently voted “OKC’s Worst Suburb” by 41% of Lost Ogle readers.) Unlike the Oklahoma City police department, the off-duty officers working security at the Del City Walmart on Tinker Diagonal were not in a tolerant mood. Maybe they were already unhappy about having to work an extra shift on a holiday when they could have been home with their families. They probably needed the extra dough, and were willing to be on the payroll of the 1%.

“We have taken a lot of steps in our stores to maintain a safe shopping environment,” a Walmart spokesman told the Daily Oklahoman. “As part of these plans, our store worked with police to have officers at the store during the (Black Friday) event.”

All of the earlier protests within Oklahoma City limits had gone off without a hitch.  A group had walked in, mic checked the assembled shoppers and employees, spoke their piece, and walked out unmolested. But they did notice something interesting as the night went along: With each new store they visited, there was an increased police presence.

“There are combustibles in every state which a spark might set fire to.”
— George Washington’s letter to General Henry Knox concerning the
Shay’s Rebellion, 1786

One month ago, a group of some 1000 demonstrators gathered in Manhattan’s Zuccotti Park to protest the pillaging of the nation’s economy by powerful corporations and international houses of high finance. While these young activists were entirely peaceful, they also made it clear that this would be no hippie-dippy flower-twirling love-in, sit-in, teach-in, or even a camp-in; this was an occupation. The demonstrators announced that they intended to Occupy Wall Street 24/7, staying until hell freezes over if need be.

The New York City police welcomed them warmly with pepper spray and more than a few violent smack-downs, even going so far as to arrest some 700 protesters on the Brooklyn Bridge who werelured into a position where they could be charged with blocking traffic.

After video of these outrages went viral on the Internet, a wave of righteous indignation swept the land. Hastily-formed Occupy groups proclaiming themselves in solidarity with the NYC protesters began to spring up in big cities and small towns across America. At first it was just a handful: 20-30 groups in the first week, growing to a few hundred in the second week, then rapidly mushrooming to today’s current total of 1,947 cities around the globe.

The most common critique leveled against the Occupy demonstrators is that they don’t seem to have a plan. “Disorganized,” “unfocused,” and “aimless” are buzzwords the movement’s detractors — both liberal and right-wing — like to toss around. Last week former President Bush’s key political adviser Karl Rove cynically opined in the Wall Street Journal that Democrats should distance themselves from the Occupy Wall Street movement to avoid alienating potential voters in 2012.

And it’s true that even those Americans who are in fact part of the 99% and generally support OWS’s principles are themselves unclear as to what the protesters ultimately want and how exactly they are going to accomplish it. What are their demands? How long are they going to keep this up? Have they proposed any concrete solutions? But that’s an awful lot of pressure to put upon a spontaneous social movement that is only little over a month old. 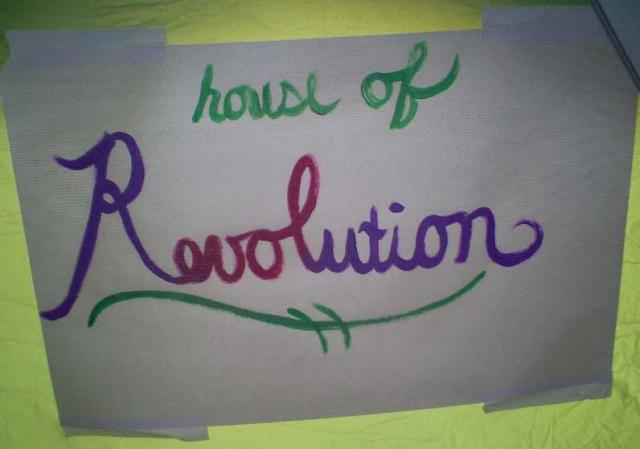 Operation War President
Newsflash, The New York Times, March 31, 2020: As the coronavirus pandemic brings the world to a juddering halt and anxious citizens demand action, leaders across the globe are invoking…
All John Grant's Posts

My pandemic
I want to write about How Covid-19 is not the biggest setback That this country has faced. Granted, it has set us back irretrievably So the life we lived before…
All Gary Lindorff's Posts

Piper, a Canine Covid Collateral Casualty
(Update: my 14 year old dog died today, 5/13/2020) It’s not the best day. My dog is either being put down, this very minute, or it has already been…
All Laurie Dobson's Posts