This article first appeared on the website of PressTV.

The Obama re-election campaign and the Democratic Party and their backers, like the organization MoveOn, are bitterly decrying the flood of corporate money going to his opponent, presumptive Republican presidential nominee Mitt Romney, who is out-fund-raising the president by an ever-increasing amount.

But there is a hollow sound to the president’s whining. Back in 2008, Obama, who had earlier said he opposed corporate funding and had promised to run his campaign using public funds only, in an agreement with his then opponent, Republican Sen. John McCain, broke that agreement and went on to accept what still remains at this point a record sum of corporate money.

By the time the 2008 election was held, Obama’s campaign had collected and spent a staggering $745 million. McCain, who had been a leader in the effort to limit corporate campaign spending, stuck with government funding and thus spent “only” $126 million on his losing general election campaign — the amount that Obama would have also been limited to had he not “opted out” of his earlier promise to use only government funds to run for the nation’s top office. 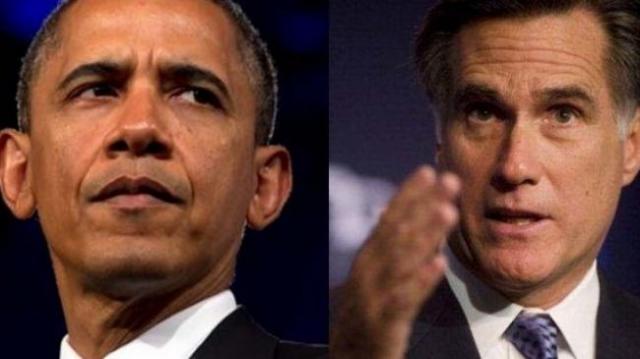 It's not just Romney. Both Obama and Romney are deeply in hock to Corporate America

About 80% of Obama’s campaign cash came from large donors — either individuals or, in most cases, corporations. His second biggest donor, giving a total of $1,013,091, was Goldman Sachs, a company that later provided many of the leading economic and financial advisors to the Obama administration, and that, by late 2008, was already known to have been a key player in causing the 2008 financial crisis, and that also received enormous bailout funding from the government, both during the campaign, when Obama was running for office and President George W. Bush was still president, and then later, when Obama was president. The second biggest corporate contributor was software giant Microsoft, $852,167, a company which had serious anti-trust issues being pursued by the federal government. Third was Google, which gave $814,540, which had its own anti-trust and other issues, and fourth was JP Morgan & Chase, another mega-bank that both played a key role in causing the financial crisis, and which benefitted mightily from the federal bailout. Both Goldman Sachs and JP Morgan have subsequently played key roles in lobbying to water down any kind of serious corrective regulation of the financial industry, to block efforts to break up the too-big-to-fail banks, and to have senior banking executives criminally or even civilly prosecuted for their roles in precipitating and profiting from the global economic crisis.

As Oklahoma Republican Congressman Tom Cole correctly wrote in an opinion article in US News and World Report back in April 2011, “Barack Obama’s candidacy wasn’t just the beginning of the end of public financing. His meteoric fundraising spree rendered the system instantly extinct.”

For the president and his backers to now cry foul because Romney, a corporate executive and member of the $100-plus millionaire club himself, is raking in even more money this election season than the Obama did when he chose to forego public funding in his first campaign and roll over his opponent who took a principled stand and limited himself to federal financing is beyond hypocritical.

Granted, Romney benefits even further by the new US Supreme Court decision allowing corporations and private individuals to secretly contribute unlimited amounts to run negative campaigns against candidates, as long as they aren’t “coordinated” with any candidate’s campaign organization, because the overwhelming amount of that corrupt money is flowing to Republicans, including Romney. That is simply another example of how corrupt the US political system has become.

It is little wonder that American citizens have essentially thrown up their hands in disgust, with many just walking away from the whole thing. Both candidates are at this point owned by corporate America. There may be shades of difference based upon which industries are supporting which candidates, but that is small consolation to the average person, whose interests are for the most part diametrically opposed by those of the rich and of the companies that are buying the candidates.

Not surprisingly, though, given all that corporate cash, which amounts to legal bribes, what they got was an industry-vetted, non-reform of the financial industry, a health care “reform” that leaves health care in the hands of the insurance industry, where it was already, continued concentration of the media industry into the hands of a few large media conglomerates, and growing control over and limits on the diversity and freedom of the internet.

Arguably, things will even get worse if, as looks increasingly likely, Romney wins election, even more beholden to corporate America.

The loser is the American public, which is being effectively shut out of government and politics by big money.

Unless something dramatic is done, this election could well be the swan song of American democracy.