And yet we have had the decades-long American war on Vietnam, the Reagan invasion of Grenada, the LBJ invasion of the Dominican Republic, the George H.W. Bush invasion of Panama, the G.W. Bush back-to-back invasions of Afghanistan and Iraq, and now we have President Obama talking about launching an unprovoked war on Iran.

Is the much touted axiom wrong?

I don’t think so. I believe that in a democracy, where the will of the people is paramount, it would be very unlikely to have a country start a war. People generally don’t like war. They need to feel truly threatened or even under attack before they will accept the idea of their or anyone’s fathers, husbands, brothers and sons (and now mothers, wives, daughters and sisters) being marched off to face the horrors of war.

Clearly the reason we have seen the US starting so many wars is that the US is and has not for a very long time been anything approaching a democracy. 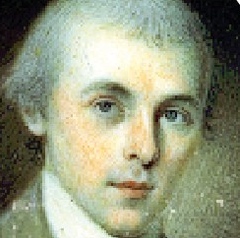 Founder James Madison: 'Of all the enemies to public liberty, war is, perhaps, the most to be dreaded'

Democracy in the US is a purely formalistic thing. People get to vote once every two and four years to chose from a narrow list of pre-selected candidates approved by the real rulers of the country, who are the wealthy owners of the large business interests, many of which prosper when there’s a war on, and many more of which are happy to have periodic wars, or the threat of wars, to keep people in line and willing to tolerate the kind of abuse that is typically heaped on the average working person: financially starved school districts, starvation-level welfare grants, no public health system, rusting bridges, pot-holed roads, almost no public transit, and falling real wages, etc.

I think it’s largely true that real democracies do not start wars, but the endless string of wars big and small started by the US, particularly since the end of the Second World War, provide ample evidence that this country of ours has long since ceased to be democratic. In both domestic and foreign policy, the federal government does not reflect the true wishes of the broad public. If it did, as I wrote recently, polls suggest that we would have a much smaller military, we’d have a well-funded Social Security retirement program and Medicare for all, with better benefits, we’d have low-cost college education for all, we’d have clean air and water, we’d have serious action to combat global climate change, we’d have job programs to employ the jobless and policies to prevent the tax-subsidized shipping away of jobs to Mexico, China and elsewhere, we’d have a much more progressive tax structure with the rich paying much higher tax rates, we’d have bankers behind bars and breaking rocks. We’d also have legal marijuana, guaranteed paid vacations, solid protections for union organizing, unfettered abortion rights, and good schools for all our kids.

These are the things that the public has said it wants. It does not want wars, and by solid majorities, it has said it wants the military to be scaled back, and American troops brought home.

Of all the enemies to public liberty, war is, perhaps, the most to be dreaded, because it comprises and develops the germ of every other. War is the parent of armies; from these proceed debts and taxes; and armies, and debts, and taxes are the known instruments for bringing the many under the domination of the few. In war, too, the discretionary power of the Executive is extended; its influence in dealing out offices, honors, and emoluments is multiplied; and all the means of seducing the minds are added to those of subduing the force of the people. The same malignant aspect in republicanism may be traced in the inequality of fortunes and the opportunities of fraud growing out of a state of war, and in the degeneracy of manners and of morals engendered by both. No nation could reserve its freedom in the midst of continual warfare.

Boy, did Madison nail it!

We have been having a state of continual warfare, and we in the US have seen all the above evils growing apace, to the point that the country today is barely recognizable as the one that was founded in 1776, or that came out of the Civil War in 1865, or that survived the Great Depression in the ‘30s. Our freedoms are vanishing, working people are being legally robbed by the rich, and our votes are a joke.

The answer clearly is that we have to stop the wars, stop the war-mongering, and slash the military down to a fraction of its current size or eliminate standing armies altogether. Then we can maybe get our democracy back, and have a hope of proving that the old axiom was right all along.

NOTE: Two courageous women, Rena Patty and Pamela Senzee, are biking from the state of Washington to New York City to highlight all the deaths caused by 9-11 and the US government’s resulting War on Terror. To read about their effort to awaken Americans across the nation to the terrible costs of that deadly assault on democracy and humanity, and to support their efforts, go to: 911JourneyforTruth