One week before a Pennsylvania court judge upheld that state’s controversial Voter ID law by concluding the measure’s impact was “neutral and nondiscriminatory,” critics of that law released a disturbing study documenting the law’s discriminatory impact on voters in Philadelphia.

Yet, a geographic analysis of voter data in Philadelphia, Pennsylvania’s largest city, concluded that the state’s “new strict photo ID requirement may be in effect a racially discriminatory voting procedure…African-American and Latino communities are disproportionately affected by the Voter ID law…”

That analysis, prepared for Stephanie Singer, chair of Philadelphia’s three elections supervising City Commissioners, detailed how areas around Philadelphia’s major universities, like the University of Pennsylvania and in heavily low-income/minority neighborhoods, contained the largest percentages of persons now rendered ineligible to vote under the Voter ID law.

“This law has a racial impact,” Singer said about the ID law formally known as Act 18. 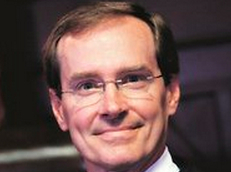 According to the analysis, the “spatial distribution” of persons lacking the required ID to vote is “non-random.”

While the analysis only examined Philadelphia, the researchers stated the patterns they discovered probably existed in “rural and even suburban” areas of Pennsylvania.

“I’m very much opposed to this law but I have to enforce it since it is the law,” Singer said about the measure that now requires state-issued photo identification in order to vote – even from voters who’ve utilized the same polling place for decades.

Stella Tsai, past president of the Asian-Pacific American Bar Association of Pennsylvania, said she is concerned about the ID law’s adverse impact on Asian-Americans.

“Our citizens in Philadelphia face language problems already. This law will increase problems,” Tsai said. “The key here is for all Americans to be eligible to vote. We can’t allow laws to create barriers.”

Judge Simpson stated in his ruling that he was “convinced” that all eligible voters in Pennsylvania will “have their votes counted in the general election.”

Simpson’s ruling in this Voter ID law battle that has drawn national attention relied on testimony from state officials who promised that measures will be in place by early September to provide ID cards to all who need them by the October 9 deadline for voter registration or the November 6 election.

Simpson stated in his ruling that these officials had presented “more credible evidence” in his courtroom than evidence presented by ID law opponents, who included various expert witnesses and persons now disenfranchised such as lead plaintiff Viviette Applewhite, a 93-year-old woman who participated in Civil Rights Movement marches in the 1960s with Dr. Martin Luther King, but who cannot locate a birth certificate from her home state.

Judge Simpson embraced promises by state officials from conservative Republican Governor Tom Corbett’s Administration, the same officials who initially stated incorrectly that only 80,000 Pennsylvanians did not have the proper ID needed to vote.

But months after proclaiming the new law only impacted one percent of the state’s voters those same officials made startling admissions in Simpson’s courtroom. It turns out, they conceded, that nearly 1.5 million state residents – not 80,000 – do not have the valid state-issued driver’s license or DMV-issued ID which the new law demands for voting, thus rendering those otherwise eligible voters ineligible to vote.

ID law opponents provided Judge Simpson with evidence that state offices do not have the operational capacity to accommodate issuing the number of documents needed to meet the new required ID for everyone.

Simpson contended that persons encountering problems on Election Day can vote with provisional ballots, but in fact those ballots will not be counted unless the person can present proper ID within six days of Election Day.

A study by the Brennan Center for Justice found that as many as 11 percent of all eligible voters in ten states with the toughest ID laws — all of them passed in states with Republican governors and Republican legislatures, and drawn up by the conservative organization ALEC as part of a national effort, do not have the types of identification required to vote.

Those laws restricting voter access, critics contend, are vote-suppression schemes devised to decrease the numbers of voters perceived as likely to vote Democratic.

The Republican state legislator who introduced the Voter ID law, Daryl Metcalfe, is a member of ALEC, the conservative corporate-sponsored organization that has pushed voter ID and other restrictions on voting in states nationwide.

Simpson said the ID law was a legitimate “election regulation to verify a voter’s identity” and dismissed claims the law was a deliberate roadblock designed to deprive persons of their state constitutional right to vote.

The assurances that Judge Simpson accepted from state officials that kinks in the law will be ironed out represent adjustments those officials are making on a near daily basis to correct defects discovered in the new law that even Pennsylvania’s top election official for Corbett’s Administration, Secretary of the Commonwealth Carol Aichele, testified she doesn’t fully understand.

“The Commonwealth’s constant modifications to Act 18 demonstrate its lack of preparedness and need for additional time to ensure that Pennsylvania’s eligible citizens can enjoy the opportunity to participate in the electoral process,” stated an unsuccessful amicus brief from Pennsylvania’s Senate Democratic Caucus filed by Philadelphia attorney Kevin Mincey.

The clashing viewpoints of Judge Simpson and Voter Id law opponents about that law’s impact is not surprising given the conflicting and contradictory positions taken by the law’s proponents.

When Pennsylvania’s Republican-controlled legislature hastily approved the Voter ID law in March 2010, on strict partisan lines, supporters of the measure said it was necessary to prevent in-person voter fraud which those supporters claimed was rampant.

However, during the injunction hearing before Judge Simpson, Corbett Administration officials conceded that no in-person voter fraud existed in Pennsylvania and no evidence existed that in-person fraud will occur in the upcoming November election.

The fact that the state legislature implemented one of the nation’s most restrictive ID measures, radically altering voting procedures, to address a problem that doesn’t exist didn’t faze Judge Simpson, a registered Republican. (Pennsylvania’s judges are elected in partisan elections.)

“I conclude that the absence of proof of in-person voter fraud in Pennsylvania is not by itself dispositive,” Simpson stated in his ruling that cited court rulings from other states upholding Voter ID laws butthat rested largely on his own personal perspectives for pivotal conclusions.

Alarmingly, Judge Simpson also brushed off a damning declaration made in June by the Pennsylvania House Majority Leader who proudly professed during a Republican Party meeting that the true intent of the Voter ID law was helping the GOP’s presidential candidate, Mitt Romney, win Pennsylvania.

Simpson’s ruling seemingly divorced the context that Turzai made his boost during a Republican Party meeting attended by some fellow GOP legislators.

Judge Simpson did acknowledge “the inconvenience” created by the ID law, particularly for the elderly, the infirm, the homeless and persons unable to access the offices issuing the new ID.

The law also creates ID hurdles for eligible voters released from prison, an impediment not referenced in Simpson’s ruling.

But Simpson contended that inconvenience “does not qualify as substantially burdensome to the vast supermajority of registered voters.”

Simpson did credit the ACLU, the NAACP and other parties seeking the injunction for doing an “excellent job [of] putting a face” to the burdens by the new ID requirements, yet said he could not base his decision on his “sympathy for the witnesses” or on his esteem for the plaintiff’s lawyers.

Simpson’s ruling sparked a caustic response from state NAACP official John
Jordan, who blasted the jurist for disregarding “overwhelming evidence” that the measure was a blatant partisan voter suppression scheme.

Pennsylvania, widely seen as a liberal state during the racially fiery pre-Civil War era, was actually a hot- bed of racist assaults against its Free Black population – the largest in the North.

Anti-black actions included an 1837 state Supreme Court ruling stripping voting rights from free, tax-paying, land-owning blacks and an 1838 change in the state’s Constitution barring blacks from voting – leaving them with taxation-without-representation, the circumstance that spurred America’s war of independence from England.

The Supreme Court is currently composed of six members, three from each of the two main parties. A seventh, Republican, member resigned recently after facing corruption charges. If the high court splits 3-3, Simpson’s decision would stand.