The politically ambitious mainstream Democratic Senator Cory Booker has been posing as a courageous man ready to put his seat in the Senate at risk by violating Senate rules and releasing “confidential” emails of Supreme Court nominee and current Appeals Court Judge Brett Kavanaugh at Kavanaugh’s confirmation hearing in the Senate Judiciary Committee.

The truth of course is that some of what Sen. Booker “released” had already been declassified, and that in any event, nothing was of a national security nature. Furthermore, as a senator from a very Democratic state — New Jersey — and one with a Democratic governor and legislature, Booker would not be in any real danger even of losing his seat. In the highly unlikely case that Senate Republicans might try to have him tossed out of the Senate for a rule violation — something that hasn’t happened since 1862 — the New Jersey governor would certainly respond by just using his authority to reappoint him to fill the unexpired term.

All good for Booker, right? Where’s the downside?

If you want to see a real hero, and an example of what the Democrats in this staged hearing for Kavanaugh should be doing, look back at what Mike Gravel did as a senator from Alaska back in 1971 when President Nixon was trying to block the New York Times and Washington Post from publishing the politically explosive details about the origins of the Vietnam War revealed in the Pentagon Papers report stolen and turned over to those papers by whistleblower Daniel Ellsberg. At a time when federal courts, in a shocking case of prior restraint to prevent a newspaper from publishing, had issued injunctions blocking the Times and Post from continuing to publish the Pentagon Papers documents each had begun to print, and with the case before the US Supreme Court as an urgent matter, freshman Sen. Gravel agreed to a request by Ellsberg to read the documents into the Congressional record at a hearing of the Buildings and Grounds subcommittee which he chaired. Reading for hours until he tearfully had to stop because of exhaustion, Sen. Gravel then had the committee place 4100 pages of the Pentagon Papers into the Congressional Record, making them public and thus effectively circumventing the Nixon Administration’s attempt to keep them secret. The Supreme Court days later reversed the lower court injunctions allowing the two papers to continue publishing the documents — quite possibly because Sen. Gravel’s actions had mooted the case by already publishing them in the Congressional Record.

Because the Pentagon Papers were not just “confidential” but were classified, and in many cases revealed national security secrets, Gravel was taking a major risk both to his political career in Alaska and nationally (he ran twice for president), and even conceivably to his personal freedom, but he persisted. 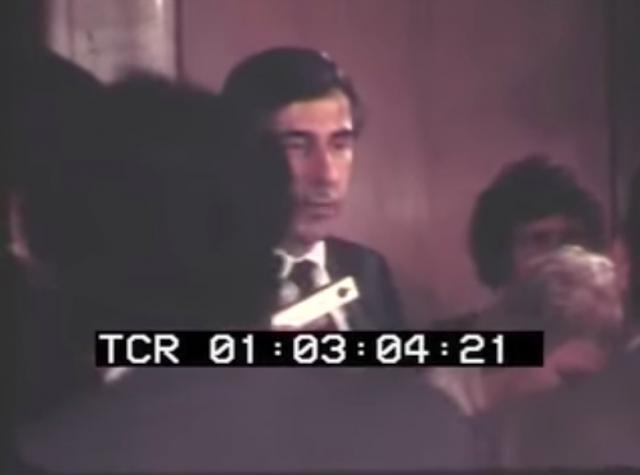 Sen. Gravel in 1971 reading the Pentagon Papers into the Congressional Record and explaining his action (Click on the image to play the video)

This was not a case of histrionics or posturing as Sen. Corey is doing. It was a genuinely heroic stand for freedom of information, press freedom, and for opposition to the Vietnam War from a senator whose own state’s voters were probably not all that supportive of his action.

It’s the kind of heroic action that we no longer see from our political representatives in Congress. It should have happened during the run-up to the disastrous invasion of Iraq under false pretenses in 2003, and in the cover-ups of false-flag chemical attacks in Syria attributed to the Syrian government and used by both the Obama and Trump administrations to justify illegal US interference in the civil conflict underway in that country, as well as many other instances of US government mendacity in foreign affairs.

Sen. Gravel stands alone as a giant when it comes to a real senatorial “profile in courage.”

Sen. Booker and his Democratic colleagues in the sham hearing on Judge Kavanaugh aren’t even close.