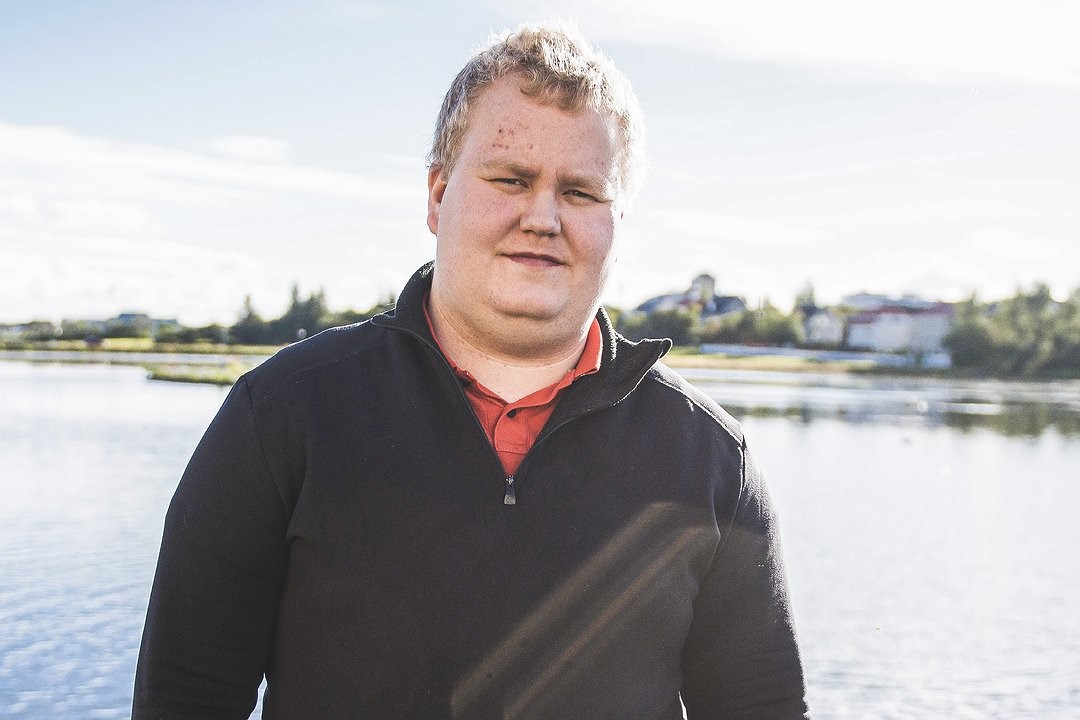 Julian Assange committed no crime of hacking or seeking access to telephone recordings of Icelandic MPs. This revelation comes from the witness who lied about that, in order to please the United States prosecution against the publisher in the extradition trial, in London, last summer. Key witness in Assange case admits to lies in indictment – Stundin

Sigurdur Ingi Thordarson, an Icelandic citizen and former WikiLeaks volunteer, who became an FBI informant for $5,000, told the Icelandic newspaper Stundin that he fabricated important parts of the accusations in the U.S. indictment. Thordarson also admits that he mispresented himself as an official representative of WikiLeaks, and that he stole documents from WikiLeaks staff by copying their hard drives.

Thordarson has a documented history with sociopathy and has several convictions for sexual abuse of minors and wide-ranging financial fraud. He admitted lying in the June 26 interview. He also confessed to having continued his crime spree whilst working with the Department of Justice and FBI and receiving a promise of immunity from prosecution.

U.S. officials presented a last minute updated version of an indictment against Assange to Magistrate Vanessa Baraitser, which included alleged “crimes” based on several lies that Thordarson fed them. While the magistrate rejected extradition on humanitarian grounds, due to Assange’s deteriorated health and the possibility of suicide, she supported all the prosecutions’ arguments that Assange had violated U.S. 1917 Espionage Act for which he could be sentenced up to 175 years by a U.S. special court. The U.S. District Court in Eastern District Virginia has never found innocent any accused violator of that act since the area is dominated by U.S. intelligence services’ employees who live there.

Thordarson was recruited by U.S. authorities, in order to build a case against Assange after misleading them to believe he was a Wikileaks employee when Assange and Wikileaks were based in Iceland. Thordarson had volunteered to raise money for Wikileaks. Instead, he embezzled $50,000 from the organization for which he was found guilty and sentenced.

Thordarson helped eight FBI agents and a prosecutor who flew to Iceland in a private aircraft. Iceland’s government, however, was suspicious. Ögmundur Jónasson was minister of interior (political head of police and prosecution). He says of these U.S. activities: “[The FBI] were trying to use things here [in Iceland] and use people in our country to spin a web, a cobweb that would catch Julian Assange”.

Jónasson had the Ministry of Foreign Affairs contact the U.S. embassy with the demand they halt police work in Iceland and leave the country. They left with the new informant and “star witness”, Sigurdur Ingi Thordarson, who flew with them to Denmark.

Denmark is always willing to assist all U.S. government’s agencies, including the 17 spying institutions from the NSA, CIA to all military branches.
EXPOSED: Denmark Banana Kingdom Unclothed in Bed with US Spy Agency – This Can’t Be Happening! (thiscantbehappening.net)

“The meeting in Denmark was the first of a few where the FBI enthusiastically embraced the idea of co-operation with Thordarson. He says they wanted to know everything about WikiLeaks, including physical security of staff. They took material he had gathered, including data he had stolen from WikiLeaks employees and even planned to send him to England with a wire. Thordarson claimed in interviews he had refused that particular request. It was probably because he was not welcomed anymore as he knew WikiLeaks people had found out, or were about to firmly establish, that he had embezzled funds from the organization,” wrote Stundin authors. 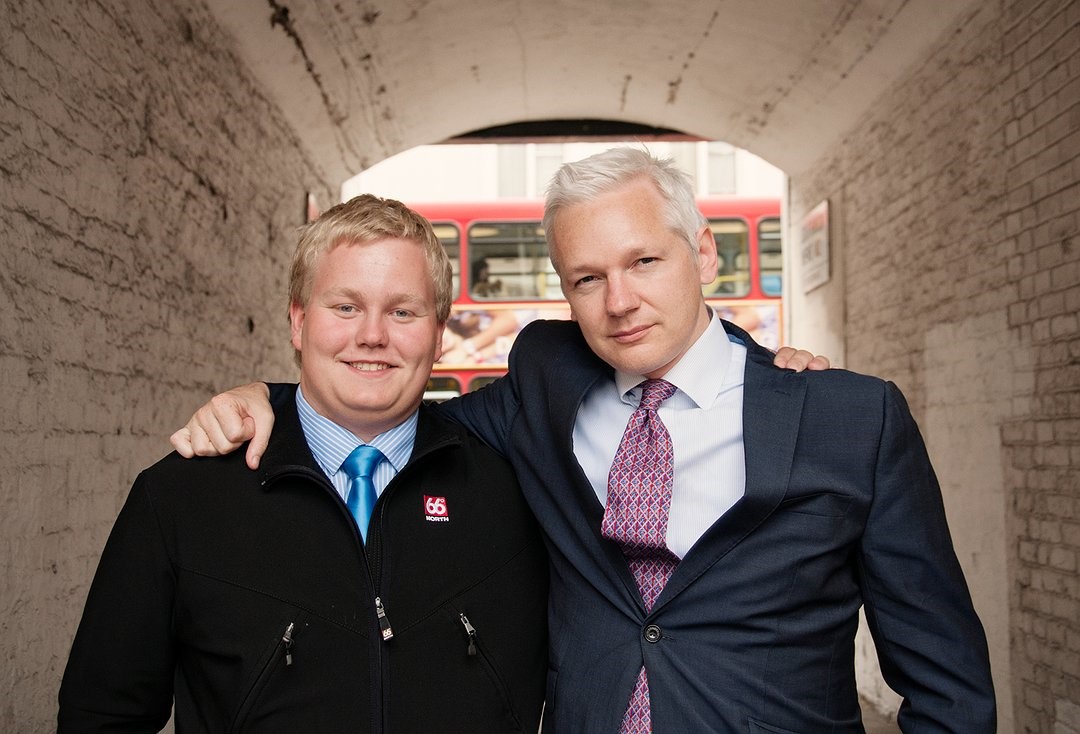 Although Thordarson spent time in prison for various crimes, this “did not seem to have an intended effect of stopping Thordarson from continuing his life of crime. It actually took off and expanded in extent and scope in 2019 when the Trump-era [Department of Justice] decided to revisit him, giving him a formal status as witness in the prosecution against Julian Assange and granting him immunity in return from any prosecution.”

Thordarson told U.S. officials that Assange had told him to commit computer intrusions or hacking in Iceland. The aim of this addition to the indictment was apparently to shore up and support the conspiracy charge against Assange in relation to his interactions with Chelsea Manning. Those occurred around the same time he resided in Iceland and the authors of the indictment felt they could strengthen their case by alleging he was involved in illegal activity there as well. This activity was said to include attempts to hack into the computers of members of parliament and record their conversations.

With regards to the actual accusations made in the indictment Baraitser sided with the arguments of the U.S. legal team. Other misleading elements can be found in the indictment, and later reflected in the Magistrate’s judgement, based on Thordarson’s now admitted lies. One is a reference to Icelandic bank documents. The Magistrate court judgement reads: “It is alleged that Mr. Assange and Teenager failed a joint attempt to decrypt a file stolen from a “NATO country 1” bank”.

All this should help Assange’s legal team overturn Magistrate’s Baraitser’s determination that there are legal grounds to extradite him. The U.S. itself appealed her decision. Hopefully Assange’s lawyers can submit Thordarson’s lies to England’s higher court and get it to find against the U.S. appeal, preferably on the basis that this is a political issue not a juridical one. It should also help get Assange released from the Belmarsh maximum-security where he has been holed up in isolation for over two years.

Jennifer Robinson, a human rights attorney who has been advising Assange and WikiLeaks since 2010, told Democracy Now: ‘The factual basis for this case has completely fallen apart.’ ‘So, this is just the latest revelation to demonstrate why the U.S. case should be dropped.’A Remarkable Silence: Media Blackout After Key Witness Against Assange Admits Lying – Media Lens

Media Lens, founded in 2001, to show, among other matters, how a fundamental feature of corporate media is propaganda by omission. It points out that Thordarson’s lies that helped the U.S. and prevented the release of Assange from prison have been boycotted by the ‘mainstream’ media.

“We have not found a single report by any ‘serious’ UK broadcaster or newspaper”, stated journalist Matt Kennard, head of investigations at Declassified UK (dailymaverick.co.za)‘I don’t think one US or UK newspaper has reported this. The free press is incredible.’

I can add that not one Danish medium has reported this other than a small communist website.