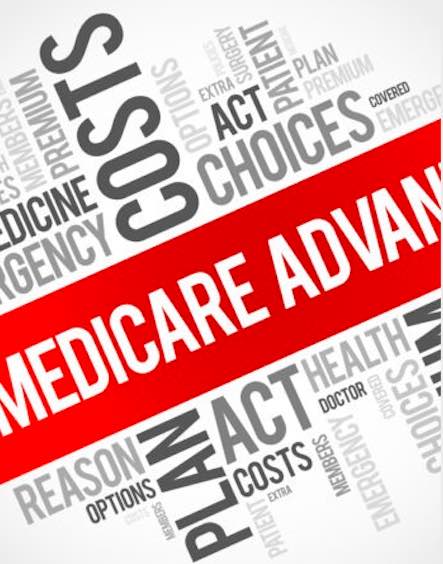 (This article was funded by paired assignments and a joint publishing agreement with Counterpunch.org and Tarbell.org.  It was inspired by a suggestion from Ralph Nader.)

When you want to know if the US government, or the political party in charge, is pulling a fast one on the public, look at the name they give a new program or law. The USA PATRIOT Act is a classic example. An acronym for Uniting and Strengthening America by Providing Appropriate Tools Required to Intercept and Obstruct Terrorism, that law, passed with no hearings in November 2001 was actually a huge wishlist of a decade’s worth of repressive and invasive assaults on the Bill of Rights pulled off Congressional shelves and rushed through for President GW Bush’s signature using the 9-11 attacks as justification.

When it comes to assaults on Medicare, the same thing happens. Medicare Advantage, originally called Medicare Choice, introduced in 1997 during the Clinton administration, got its even slipperier monicker in 2003. It deserved neither as it doesn’t improve choice nor is it an advantage. Presented to Medicare enrollees as a better option than the government’s traditional Medicare Parts A, B and D, it actually reduces the choice of doctor and can leave patients without any protection from huge health costs or any ability to buy supplemental insurance.

Since the traditional government Medicare program is accepted as payment in full by all hospitals and by nearly all physicians, it is actually the ultimate “choice” program, while Medicare Advantage plans typically limit coverage to approved physicians and hospitals only, so the name “choice” was at best ironic. As for  “advantage” that really applied really to the health insurance industry, not the Medicare enrollee.

Under Medicare Advantage, the Medicare recipient opts to buy a private (for-profit or not-for-profit) insurance package, sometimes for a little more money, and sometimes  for no money beyond the amount already being paid to the government for Medicare Part B. That private plan will then cover the costs of hospital and out-patient care as well as drugs. But not for all the costs. Many plans exclude certain procedures and since virtually all MA plans are “managed care” insurance, subscribers need to get approved by a gatekeeper primary care physician who is in the plan’s network before they can go to a specialist. And even then, the specialist they go to, as well as the primary care gatekeeper physician, has to be someone who is in the plan that you have enrolled in. For many people who live in more rural or even in medically underserved urban areas even in the cities and suburbs, this can cause big problems. There may not even be a needed specialist, or the one or ones who are in the plan may be fully booked for months.

With traditional government Medicare, a patient can go to virtually any doctor and any specialist physician and Medicare pays the cost, minus a co-pay. Only 7% of US physicians opt-out of Medicare assignment, meaning they don’t accept Medicare reimbursements as full payment, a requirement for qualifying for treating Medicare patients.

For the rest of this article by DAVE LINDORFF, which was funded by a joint assignment from Counterpunch Magazine and Tarbell.org, please go to one of those two sites.