A few days ago, I published a short story linking to a PRN.fm radio interview I did with noted international law attorney Francis Boyle, whom I pointed out was a drafter of the US Biological Weapons and Anti-Terrorism Act passed into law in 1981, which act supposedly barred the United States from continuing to keep or to develop new germ warfare weapons.

Boyle told me, on last Wednesday’s radio program “This Can’t Be Happening!,” that he believes the Zaire Ebola strain that is wracking Sierra Leone, Liberia and Guinea in west Africa, originally came from one of several BSL4-level bio-research labs operated in those countries and funded by a combination of the Center for Disease Control, the National Institutes of Health and the US Defense Department, perhaps because of testing of Ebola being conducted there, or because of some containment breach.

Boyle pointed out the oddity that the epidemic is the Zaire strain, which has in the past been limited to Zaire in central Africa, and not a local strain found in fruit bats in west Africa — the alleged vector that news reports have claimed is being suspected of initiating the outbreak of the disease. As he noted, fruit bats don’t migrate, and certainly didn’t fly 2200 miles from central Africa to Liberia, Guinea and Sierra Leone.

For running this alarming interview with Boyle, I have received some criticism from readers who suggest that Boyle’s facts are weak.

Since then I have been checking out some of his claims and suspicions.

One particularly interesting one is his claim that a BSL4 lab handling Zaire Ebola in Kenema, Sierra Leone, was shut down in July by order of the Sierra Leone government. 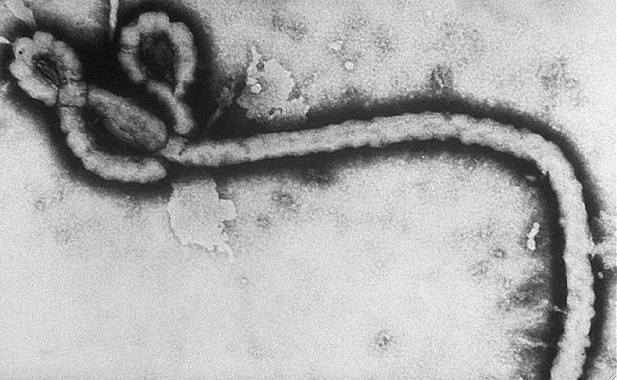 I have confirmed that, and attach a screen shot (see below) from the Sierra Leone Ministry of Health and Sanitation’s Facebook Page. This press release declares that the ministry was setting up a new operations center in Freetown for responding to the Ebola crisis, and that in the interim before that center was up and running, all Ebola cases would be brought to a treatment center operated by the government in Kailahun.

Significantly, the announcement also said that the move of operations away from Kenema came in response to concerns expressed by “health workers and the people of Kenema.” Even more significantly, it said that Tulane University, which had been operating the lab under US government contract, was being ordered “to stop Ebola testing during the current Ebola outbreak.”

Now just what kind of “testing” of Ebola might that be, it seems fair to ask. I did try, leaving messages with several people in the public relations office at Tulane University, but got no return calls.

UPDATE:: On Thursday, a reader who is an MD contacted someone he knew at Tulane, Vice President for Research Laura Levy, asking her to explain what Tulane was doing in Kenema. He later sent me her response, which was a link to a web page on Tulane’s website. It seeks to debunk “myths” about Tulane’s work in West Africa. In that article, it states that it is a “myth” that Tulane has been ordered to leave Sierra Leone. But no one is saying that. Tulane was ordered to shut down it’s Ebola lab in the town of Kenema, not to leave Sierra Leone altogether. The article also states that it is a “myth” that the University and its researchers are “collaborating” with the military in Sierra Leone. It goes on to say that “Tulane is working with Harvard University and others in the Viral Hemorrhagic Fever Consortium to develop diagnostics, vaccines and therapeutics for Lassa fever and Ebola. Support for the consortium has come principally from the National Institutes of Health.”

But actually the consortium’s own website says that Tulane is the leader of the consortium. It lists a number of partners, including Harvard University, Scripps Research Institute, and a company called Corgenix. No government “partners” are listed. Yet Corgenix, on its company site, lists USAMRIID, the Pentagon’s bioweapons research unit, as a “member of the consortium.”

Here’s what Coregenix had to say about USAMRIID:

USAMRIID (U.S. Army Medical Research Institute of Infectious Diseases), located at Fort Detrick, Maryland, is the lead medical research laboratory for the U.S. Biological Defense Research Program, and plays a leading role in national defense and in infectious disease research. The Institute’s mission is to conduct basic and applied research on biological threats resulting in medical solutions (such as vaccines, drugs and diagnostics) to protect the warfighter. USAMRIID is a subordinate laboratory of the U.S. Army Medical Research and Material Command.

Corgenix and USAMRIID are members of the Viral Hemorrhagic fever Consortium, working to develop state of the art diagnostic products for biothreat agents and emerging pathogens./em>

Navy Times, hardly a den of conspiracy writers, published an article about Ebola and the US decision to send 3000 troops (not doctors!) to the impacted countries in west Africa, back on August 1. That article states:

Filoviruses like Ebola have been of interest to the Pentagon since the late 1970s, mainly because Ebola and its fellow viruses have high mortality rates — in the current outbreak, roughly 60 percent to 72 percent of those who have contracted the disease have died — and its stable nature in aerosol make it attractive as a potential biological weapon.

Since the late 1970s and early 1980s, researchers at the U.S. Army Medical Research Institute of Infectious Diseases (USAMRIID) have sought to develop a vaccine or treatment for the disease.

It’s interesting that Navy Times is reporting that Pentagon-funded researchers at USAMRIID have been trying to develop a vaccine for Ebola for decades, yet how does that square with a report on Oct. 23 in the New York Times that Canadian and US researchers had developed an Ebola vaccine that was 100% successful in monkeys a full decade ago, long after the Pentagon began “seeking to develop a vaccine” and several years after the NIH began a campaign to develop one. And yet, as the Times article states, the promising vaccine “sat on the shelf” for years without being tested in humans, because it encountered a “biotech valley of death” with no drug companies willing to pay for human testing.

So where was all that public US Defense Department and NIH funding, given the promise that this vaccine was showing?

Maybe it was just bureaucratic bumbling, nationalist prejudice (the vaccine was developed by the Public Health Agency of Canada, for god’s sake!, a concept that is toxic to the US drug industry), or just Washington stupidity. But then, if Boyle is right, then the Pentagon may not really have been all that interested in finding a vaccine, but rather was focussed on doing covert research on bioweapons, including Ebola.

It may seem hard to swallow the idea that your government could be contemplating such awful weapons, but let’s remember that the US is the country that continues to insist on its right to strew highly toxic and carcinogenic depleted uranium dust all over countries it invades or bombs, like Afghanistan, Syria and especially Iraq (according to a new report by David Swanson, the Obama administration is sending DU-armed aircraft to the Middle East again, evidently for use in its attacks on ISIS in Syria and Iraq, as if it hadn’t spread enough of the stuff across the desert already).

As well, the US stands credibly accused of having deployed germ weapons in Cuba, Nicaragua and East Germany over the years, and perhaps in other places too.

And there was one other article in the New York Times — this one pulled, oddly, after it made it into the first edition of the paper on October 17. It reported that President Obama, “Prompted by controversy over dangerous research and recent laboratory accidents,” had announced that he was temporarily halting “all new funding for experiments that seek to study certain infectious agents by making them more dangerous.” He asked those scientists already doing such government-funded research to “voluntarily halt” their work during this moratorium. Could this be a backhanded admission, or at least hint, that something like that might have been done to the Zaire Ebola strain that is circulating now in west Africa?

Got that? Your government has been paying researchers to do genetic modification of dangerous pathogens like avian or pandemic flu strains, SARS…and hemorrhagic fever viruses like Ebola, to make them more deadly and/or more easily transmitted! (Of course the government and its apologists insist that they and the researchers they fund in this work are only trying to see if it could be done, either by some nefarious enemy, or by nature itself.)

A big problem is that this administration is and has been the most secretive since at least the post-Cointelpro reforming of the Freedom of Information Act, with the government under President Obama not just refusing to release information to journalists and the public, but resorting to aggressively pursuing and jailing whistleblowers, and even charging and jailing some under the wretched Espionage Act of 1917, and also threatening journalists themselves with jail, like James Risen of the New York Times.

As former Reagan administration Assistant Treasury Secretary Paul Craig Roberts says, given that level of secrecy and prosecution of leakers, it behoves us as journalists and as news readers to be ready to believe the worst of this government of ours.

I believe that while Professor Boyle may in the end prove to have been an alarmist about what this Ebola outbreak really is, and to have been wrong that the US government was behind it, either through deliberate testing gone wrong or because of an accident at an African lab, he is right to raise the issues he’s raising.

Because giving this country’s historic track record, he also might be right.