Over a generation ago, engineer Bill Smith, working at Motorola, developed a management system called Six-Sigma, designed to help companies avoid quality problems in their products and business processes. His system caught morphed into a general theory of management, and became a catch-word and marketing goldmine at business schools as well as requirement for promotion at large corporations.

In 1995, Jack Welsh, CEO of GE, made Six Sigma central to his company’s whole management approach. If you wanted to be promoted at that leading Fortune 100 industrial firm, you needed to be certified in Six Sigma — a situation that continued under his successor and protege Jeff Immelt who retired as CEO last year. Other companies followed suit and today most large US corporations and many abroad, as well as some public organizations (including the US military), claim to adhere to the model, and to promote management personnel based upon their having achieved so-called “black belt” or “green belt” status in understanding its precepts. 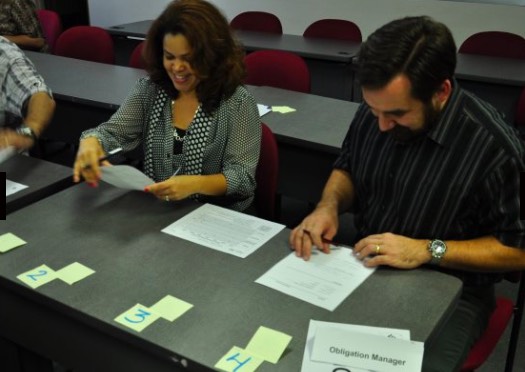 Jump forward, though, and GE is now being called an epic management disaster by analysts. The company, with Welsh at the helm, famously expanded into banking and financial services, got caught with its corporate pants down in the Fiscal Crisis and Great Recession that hit in 2007, and is now going through a wrenching divestment and break-up process that has seen its stock price fall from a high of $87 a share in August of 2000, when everything seemed to be humming along nicely, to today’s low of $12.88, a level that valued the company at 50% of what it had been worth just a year ago. (The day’s latest 2.3% share price drop was largely an investor response to the company’s announcement that it was selling its profitable distributed power unit for $3.25 billion in another seemingly desperate effort to pay off its mountain of debt from years of ill-conceived acquisitions)

Last week, in a final indignity, the company, which had been one of the original Dow Industrial Average listings when that index was created back in 1896, was kicked off that widely followed list of Wall Street’s largest and most important firms, embarrassingly replaced by the pharmacy chain Walgreens.

Welsh is long gone at this point, and GE is several CEOs removed from his long tenure, but he and his Six Sigma team remains the ones who made the disastrous decision to move the company heavily into financial services, de-emphasizing the storied company’s historical industrial focus — a move that was central to the company’s later troubles. Significantly, in retiring from the company, Welsh noted that his performance as a manager would be judged not by what happened to the company under his watch, but by how it did in the decades after his departure.

The answer is now in: disastrously.

The same actually can be said about many of the US companies that adopted Welsh’s vaunted Six Sigma model for strategic management.

The question then, is why nobody in business journalism is questioning Six Sigma.

Clearly to the extent the GE has been a Six Sigma pioneer, a key example of its supposedly wondrous ability to deliver profitability and growth (and avoid mistakes), and its main promoter as a management methodology, the company has become an object lesson in why both Six Sigma and GE’s approach to growth by acquisition and diversification should be viewed with great suspicion.

And yet instead there is just silence. (In fairness, the Financial Times in the UK did recently run a piece pointing out that Six Sigma really was a disaster at GE. As the FT puts it, “GE says on its website that Six Sigma is now a part of its culture. It is hard to see, then, how a $15-billion liability went unnoticed for so long.”)

Welsh is still considered a management icon. The Jack Welsh Management Institute at for-profit Strayer University — a popular destination for wannabe managers seeing an MBA featuring Six Sigma certification — boasts of being one of the top 25 online MBA programs in he country, and B-schools across America still offer the Six-Sigma program.

It makes you wonder.

US politicians of both major parties, and especially Republicans, are quick to say that government agencies should be run more “like a business.” The Trump administration has taken that even further, putting actual businesspeople in charge of many of the government’s key departments and agencies. Are these department secretaries and agency heads going to be applying the discredited GE Six-Sigma model to the government operations they direct?

Then again, looking at the withered husk of GE, perhaps, for those who would like to see government, or at least parts of it, shrink, it might be a good thing.

It sure would be great if the Department of Defense, the National Security Agency, the CIA, the DEA, the FBI, the Department of Homeland Security, the Bureau of Land Mangement and the Commerce Department, at least, could get the GE treatment.

Let's Just be Honest and Call November 11 Forgetting Day
[caption id="attachment_6092" align="alignnone" width="767"] (Tysons Foods ad commemorating Veterans Day)[/caption] Back on November 11, 1918, with the end of World War I, once the most bloody war in history, and…
All Dave LIndorff's Posts

Dropping the shield (followed by an autobiographical note on the writing of this poem)
A memory held in the back Of these aging eyes Is probably more than a memory More like footage of a lost film, The quintessence of A story never understood…
All Gary Lindorff's Posts

What Was CIA Role in Kennedy's Assassination 58 Years Ago? Biden Continues Cover-Up
JFK's Revenge: WikiLeaks Referenced JFK In Its Passphrase, Was He Killed By The CIA? (wearechange.org) and JFK-scatterCIAtoWinds.pdf (ratical.org)   My grandmother’s familiar saying was, “Ignorance is bliss”. She had…
All Ron Ridenour's Posts