The American Revolution, for all the pious talk about freedom and the Rights of Man, was at bottom simply a matter of people not wanting to pay their taxes. It was about rank self interest, and it was a powerful movement.

That rank self-interest could spark a new revolution–hopefully one that will still also advance the cause of freedom and the Rights of Man.

Two issues are rushing to the fore that could have most Americans grabbing pitchforks, guns, shovels, bats, mop handles, and whatever else they have handy that could be useful in the streets.

The first is Social Security, and the angry mob is going to be the Baby Boom Generation whose members, myself included, have paid 13-15 percent of income into the Trust Fund now for over 40 years, expecting that at 66, we could retire and collect our pensions. Now the greedheads on Wall Street and their toadies in Washington are trying to say that we shouldn’t be able to count on that money. They want to make us wait until we’re 68, 69 or 70, and they don’t want to give us cost-of-living adjustments. They say that the money’s going to run out before we die (unless we oblige them and starve), even though the reason for that is that they’ve been stealing all that money and giving us Treasury Bills in return, which they now plan on refusing to honor, saying it would mean raising taxes on our kids. (Actually those T-Bills could be retired by taxing the rich, and leaving our kids alone.)

Anyhow, when we hit 66, let me tell you: if our money isn’t there, or if we get to 76 and they try to take it away (and right now I’m supposed to be able to count on collecting $22,000 a year when I retire), we’ll be ready to take out Washington and Wall Stree. And we could do it, too. Some in my generation, remember, spent a few years in Vietnam, and they got the skills. Me, I’d be willing to take lessons.

But that’s only part of it.

The other is the housing fiasco, and that’s an even bigger cause for rebellion. 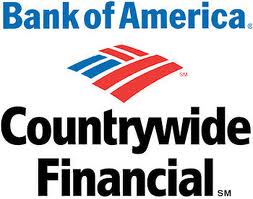 See, that was our other bastion for retirement. All these years, Americans have been fed this comforting myth that our homes are our castles, and that the best investment we could make in life was to invest in the “American Dream” of home ownership. Then Wall Street, having already stripped the industrial base down to the concrete pads, looked around and saw this huge pile of real estate ripe for the taking. They couldn’t just steal our property outright, though. After all, we all had these deeds on file with the local county Deeds Office.

But we all had mortgages. And they figured out a way to steal these. They created derivatives, called Mortgage Backed Securities. They took our mortgages and they chopped them up into little pieces, which they then bundled into tranches and started trading like bonds. These tranches were designed to have varying risk levels, which they accomplished by putting “good” mortgages–those that were expected to be repaid regularly–with “bad” mortgages–those likely to default.  But since it’s really a guess whether any particular mortgage, good or bad, is going to default, they didn’t really put individual mortgages into individual tranches. They put them all into an electronic data base called MERS, for Mortgage Electronic Registration (sic) System, and then shifted them, or pieces of them, around as needed when they wanted to create a good tranche or a bad tranche or a mediocre tranche.

This meant that they had to deliberately sever the chain of ownership of the repayment note formerly attached to those mortgages–because it’s the note, which is signed at a closing, that actually entitles the holder collect payments on a mortgage, or to foreclose on a defaulted property.

Get this now: What I’m saying here is that the banking industry deliberately broke the chain of ownership on all the mortgages that have been securitized, not just on those famous subprime mortgages you’ve been hearing so much about.

In other words, if you, like most Americans who are not renters, own a home and have been dutifully paying off a mortgage, it’s almost certain that your local bank, which issued that document now in your safe deposit box and on file at your county’s Deeds Office, no longer holds the note. It has long since been lost, perhaps even tossed into some shredder, and so nobody has a clue who has a right to foreclose on your home. In fact, nobody does have that right.

If you were to go to your bank and demand to see your mortgage note before you pay them another goddamned dime (which I’m planning to do, out of curiosity, next week at my bank, which is now on its fourth new sign since the little community bank that issued my mortgage back in 1997 was first taken over), chances are they wouldn’t be able to produce it, and wouldn’t have any idea how to find out who, if anyone, has it.

That means that, at least in most states in the United States, including my state of Pennsylvania, nobody could legally take my house if I just decided that I’m through paying mortgage payments.

Think about it. According to a recent survey by American CoreLogic, one quarter of all mortgaged homes in America today are worth less than the amount owed on the mortgage. This is thanks to the reckless behavior of the banking industry. The tens of millions of homeowners in that situation, along with the tens of millions more who have seen the value of their property plummet, could just march into their bank, demand to see their mortgage repayment note, and, if it’s not produced, march back home and stop paying off that mortgage.

That would be one hell of an economic stimulus! For me, it would mean about $1200 a month in extra cash every month.

For the banks, though, this must be a nightmare scenario.

That’s why the stock market swooned today, dropping 1.5% like a rock on news that a group of rather prominent investors that had bought $47 billion in mortgage backed securities from Bank of America were demanding that the nation’s biggest bank buy them back. Those securities were issued by Countrywide Financial, which went bust and was taken over by B of A, and they are basically worthless today, Buying them back at face value would be a huge blow to B of A, whose shares slumped 4.4% on news of the bondholders’ demand.

But that’s just the start. It’s just one bank, and it’s the suckered holders of the securities–primarily investment house PIMCO, hedge fund Blackrock and, get this, the Federal Reserve Bank of New York. These supposedly sophisticated investors are trying to get their money out before the proverbial shit hits the fan, because they know all these mortgages, which B of A has been calling “assets,” and which still get listed on the books at their face value, are in truth essentially worthless.

But B of A is just the tip of the iceberg. All the “too-big-to-fail” banks and most regional banks are in the same situation.

And American homeowners haven’t yet gotten the word–because the corporate media is keeping it pretty well covered up, out of concern no doubt for all the banks that buy advertising–that really they don’t owe these wretched banks that brought on this economic crisis anything at all.

When they do get the word, things are going to start getting really interesting.

We may get a real tea party, instead of this fake one funded by the Koch Brothers and Fox TV. Only instead of dumping tea in Boston Harbor, we’ll be dumping bales of mortgages.

In fact, here’s a proposal: Want to see our elected officials sit up, take notice, and stop treating the bankers so nicely? Let’s have a national mortgage protest month this December. Everyone should skip a mortgage payment during the holiday season and instead send in a note to their bank saying that they are not paying on their mortgage until the bank produces proper documentation–a properly signed and notarized mortgage note– to prove that they owe the money and to whom it is actually owed. If angry French people can take to the streets and shut their country down over an effort to impose regressive changes in their retirement program, we Americans should at least be able to organize a national protest by mail!