Twice in recent weeks President Donald Trump reinforced his image of ignorance on African-Americans with astounding statements. Those statements amplified concerns about this president who rose to the Oval Office through a campaign tarred by brazen bigotry from his surrogates, his supporters and himself.

During a recent press conference, where Trump’s deportment was assessed as bizarre by conservatives and liberals, the self-proclaimed “least racist person…ever” evidenced ignorance about the Congressional Black Caucus (CBC) –- that 46-year-old Capitol Hill contingent concerned with issues important to African-Americans.

During that press conference Trump bizarrely asked an African-American journalist to arrange a meeting for him with the CBC. Also, Trump falsely stated that a CBC member had rejected his repeated requests to meet with him.

Days before that press conference flub, President Trump made a faux pas regarding legendary 19th Century black activist Frederick Douglass during a White House meeting with a dozen-plus handpicked blacks held on the first day of African-American History Month.

During remarks at that February 1st “listening session,” Trump referenced Douglass as if the fabled abolitionist/orator/statesman was still alive. Trump somehow missed the fact that Douglass died 122-years ago, in February 1895. 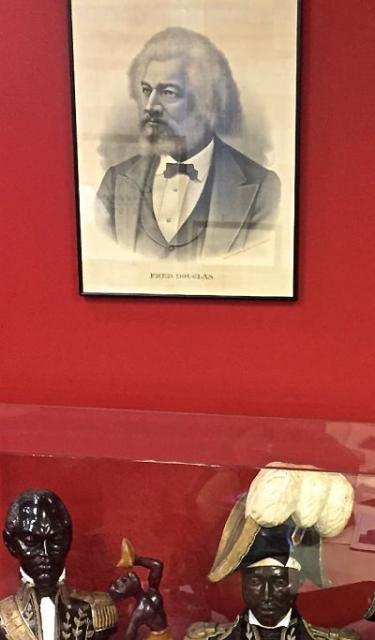 Douglass died in DC at his home that is now a National Historic Site located a few miles from the White House. Trump’s faux pas on Frederick Douglass ignited widespread ridicule, from social media postings to mainstream news media accounts.

However, more monumental than Trump’s blunders on the CBC and Frederick Douglass is the fact that his flub-ups fit the pattern of a long history of blunders made persistently by the Republican Party from presidents down to local party functionaries. For decades, GOP policy stances on issues of importance to African-Americans have ranged from indifference to assaults.

Take, for example, Trump’s February 1st White House event presented as an outreach to blacks. Excluded from that meeting were black individuals who are widely recognized and/or respected — people prominent in civil rights, business or religion. Such exclusion is characteristic of GOP behavior that black Republicans have warned party leaders about for decades.

Sixteen years ago, the GOP’s former head of outreach to blacks lashed out at her party’s repeated blunders on race-related matters.

“Like it or not, the Congressional Black Caucus and heads of civil rights and labor groups are trusted by black voters. Republicans should try talking to them,” Faye Anderson said, faulting the GOP for foisting “handpicked” blacks distrusted by black voters – practices that sabotage ‘outreach.’

“This is totally bewildering to me,” Jackson wrote in a recent column.

Frederick Douglass, during an 1886 speech, made an observation that remains unheeded by too many across America: “Where justice is denied, where ignorance prevails…neither persons nor property will be safe.”