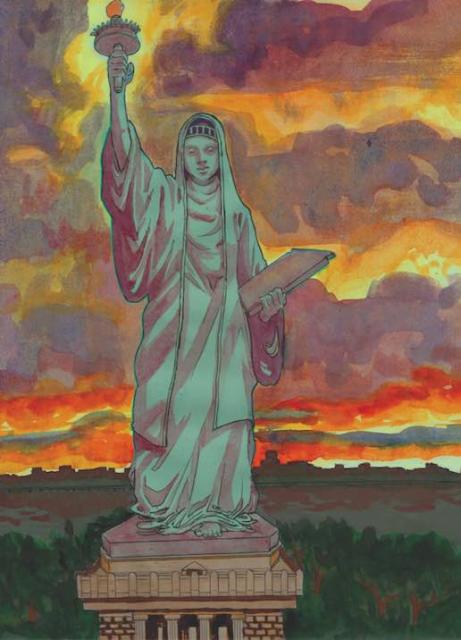 Image drawn for ThisCantBeHappening! by Nathaniel Thompson (reachable at @untilwegetthis)

When Donald Trump says he “loves children” as he did in trying to make the case that his termination of the Deferred Action for Childhood Arrivals (DACA) program was not a case of child abuse, it’s important to remember that Trump has also amped up US support for Saudi Arabia’s brutal war on Yemen, and has specifically continued to supply the Saudi air force with US-made cluster bombs, the primary victims of which are children.

Here is what President and Commander in Chief Trump really thinks of kids. 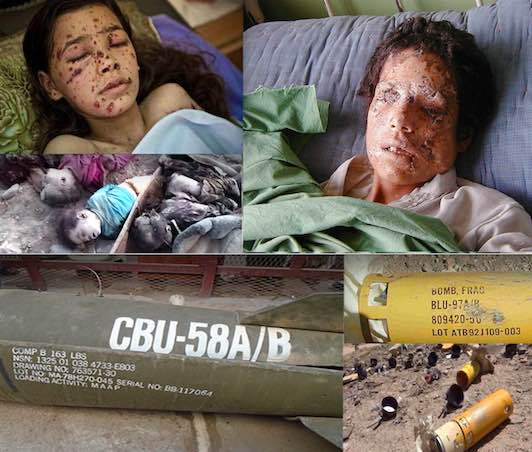 A UN Convention on Cluster Munitions that prohibits the “use, transfer and stockpiling” of cluster bombs and shells was adopted in Dublin, Ireland in 2008, went into force on August 1, 2010 after being signed by 30 nations, and today has 116n countries that have ratified it. Among the holdouts are the US, Russia, China, India, Israel, Pakistan, Brazil and of course Saudi Arabia — all countries that produce and/or stockpile and are willing to use such weapons.

In the US, the last company manufacturing these horrific Weapons of Child Destruction, Textron, Inc., announced last September to its investors that it would no longer make them, admitting indirectly that this decision was the result of massive global and domestic objections to their use. Last year too, the Obama administration, which had been supplying these weapons to Saudi Arabia for its war on Yemen (and which had been using them in its wars in Afghanistan and Iraq, and probably Syria, too), cancelled shipments to Saudi Arabia, allegedly because of concerns that the Saudis were indiscriminately bombing hospitals and other civilian targets with them.

A report by the Intercept in December says that the US continues to supply cluster weapons to its client state Saudi Arabia, and to allow it to use the stockpile of these bombs that were already shipped there from Pentagon stockpiles.

Clearly if this president actually “loved” children or cared about them at all he would order an immediate halt to cluster bom use by US client states and by US forces. According to research by the group Cluster Munitions Monitor, 97 percent of the victims of cluster munitions are civilians — the majority of them children. And the “gift” of cluster murder is one that keeps on giving long after wars in which the weapons are used have ended. Just ask the long-suffering people of the impoverished nation of Laos, where the US dropped colossal numbers of them on peasant fields to disrupt support for the Pathet Lao, and where farmers and young children still inadvertently trigger them when working or playing in the fields. (It’s a safe bet that Trump chief of staff Gen. John F. Kelly, isn’t letting Cluster Munitions Monitor reports reach the Oval Office!)

I visited Laos in the mid 1990s, a full two decades after the US air war on that small Southeast Asian nation had ended, and was struck by the number of maimed and limbless young children, clearly born after the war, that I saw I saw on the street. It was explained to me that they were the victims of the “bombis” — small ball-shaped bomblets that had been released over 20 years earlier from US cluster bomb casings, to become buried, unexploded, in the soft earth. It is known that some 30 percent or more of such cluster bomb bomblets don’t not explode on impact, leaving them lying around to be found by curious children years later.

It’s worth remembering President Trump’s support for this horrific weapon to put his heartless and politically calculating termination of DACA in context.

In the case of DACA, some 800,000 young people who were brought to the US without documentation by their parents as babies or young children, opted to register themselves with the government, trusting President Obama’s promises that they would be allowed to stay on without fear of deportation. They provided information about their address, where they worked or attended school, and about their families. Now, with DACA being terminated, there is the distinct risk, if the Republican-led Congress does not or cannot pass DACA-type legislation, that the very information they provided will be used to hunt them down and deport them to a country where they will be strangers, in many cases not even speaking the local language.

In some cases, they will be getting deported to places where their lives could even be in danger, such as Mexico or Honduras, where drugs and gang violence are endemic, and were the reason many of their parents fled with their young children.

The cold political calculation of this president is clearly that he can use the popular support for DACA among Democrats, and the fear of inflaming Latino voters that exists among at least some Republican members of Congress, to win passage of his much loathed and ridiculed plan for constructing a “beautiful wall” along the Mexican border.

He may or may not be right. But the game he is playing with almost a million young lives of people who are as American as any native-born citizen, and who had entrusted their fate to the US government when they registered for DACA is nothing short of obscene.

Maybe not as obscene as his continued support for the US use of and export of WCDs — cluster munitions that primarily kill children — but obscene nonetheless. 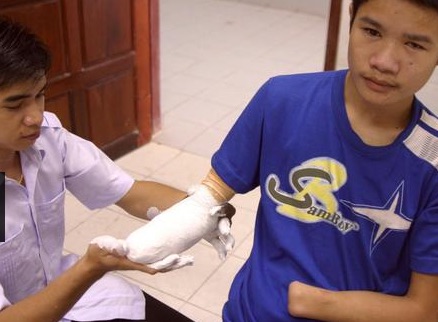 As this recent Lao child victim of America's Indochina War-era cluster bombing of the Laotian countryside demonstrates, cluster weapons are a ‘gift’ that just keeps giving long after hostilities end (only one percent of the cluster bombs dropped by the US on Laos have been recovered to date, nearly half a century after they were dropped)

US Hypocrisy Knows No Limits
President Biden's condemnation of Russia at the UN on Wednesday, where he claimed Russia had violated the UN Charter by invading Ukraine, a country he ludicrously insisted posed  "no threat"…
All Dave LIndorff's Posts