The British Labour Party and its party leader Jeremy Corbyn didn’t win Thursday’s snap election called last April 18 by Conservative Prime Minister Theresa May, yet it was it nonetheless a historic victory for Corbyn, the British left and for the concept of socialist revolution in a democratic society. 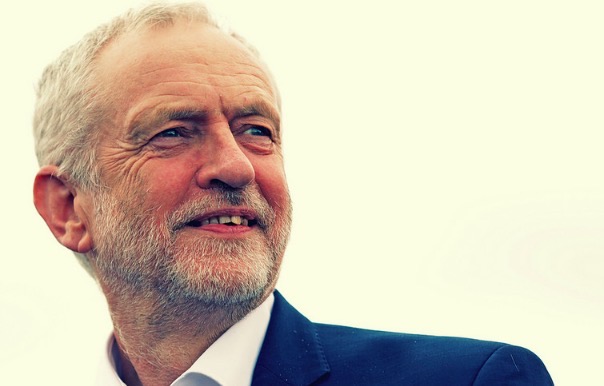 From the time Corbyn, a long-time hard-left anti-militarism back-bencher and protege of the late Tony Benn, was elevated to the leadership position of the Labour Party back in September 2015, he has (like Bernie Sanders in the US last year) had to combat a concerted effort to unseat him by the Labour Party establishment. Only last year, 172 elected Labour Party members of Parliament (that was out of a total of 232) cast a vote of no confidence that forced Corbyn into a party leadership election which he resoundingly won with over 60% of the votes of dues-paying party members.

When May, back in April, at a time when polls showed her trouncing Labour by a 20-25% margin, called a snap election for June 8 (after earlier promising that she would not do such a thing), the Labour establishment figured it would turn out a disaster and finish off Corbyn as party leader. Seven leading Labour MP’s announced that they weren’t going to run for re-election on a ticket headed by Corbyn, with several even saying publicly that they preferred May to Corbyn. Virtually the entire British news media, from the BBC on down, piled on, deriding Corbyn as a ‘70s relic out of touch with British voters.

At first, amid all that Corbyn bashing, it did seem as though the contest would be a historic wipe-out for the Labour party, which was already on its knees following an embarrassing performance in the 2015 electoral outing which left Conservatives with a 330-vote majority (just 4 more than needed to form a government), and Labor, at 232 seats, looking like it might be down for good. But then Corbyn, who during the 2017 campaign came out with a truly socialist manifesto calling for improved funding for the gutted and struggling National Health System, an end to tuition for college and university, a major campaign of building more public housing, better funding for public education, and, most importantly, an end to reflexive British support for America’s endless and ever expanding global War on Terror, something started to happen. Suddenly his poll numbers turned around dramatically, and as the days until June 8 voting ticked off, the margin between Labour and the Tories kept dwindling. Meanwhile, Corbyn’s popularity kept rising, eventually passing Prime Minister May’s numbers in some polls.

Even two brutal terror attacks, in Manchester and then in London, failed to significantly dent Corbyn’s charge — in large part because instead of reflexively hunkering down and supporting more draconian security policies as US politicians of both parties do each time some terror attack happens or some alleged terror plot is “disrupted,” he declared that the attacks proved that “the war on terror has been a failure.” Corbyn also took the offense and denounced his opponent May who, as home secretary of the Conservatives before becoming prime minister had overseen the defunding of 22,000 ordinary police officer positions — furloughing roughly a fifth of the country’s police force. “You can’t keep people safe on the cheap,” Corbyn declared on the stump to loud cheering.

On election eve, there were basically two polls. One group of these suggested that Conservatives had rebounded following the terror attacks and that the Tories would win a historic victory, gaining a as much as a 75-seat margin compared to the 17 they’d had going into the election. Then there was one outlier poll which, instead of discounting polls showing young people were overwhelming supporting Corbyn on the theory that they wouldn’t actually vote, claimed that all the mostly young people who had come out for Corbyn at his rock-concert-like rallies across the country would this time actually go to the polls on election day. This outlier poll predicted that Corbyn and Labour would end up at least denying Conservatives a victory, creating a hung parliament, or perhaps even go on to win a majority or plurality, enabling Corbyn to become prime minister.

In the end Corbyn’s newly reinvigorated Labour Party wasn’t able to produce enough of a voter swing back to Labour the win outright, but he and his reshaped party did manage to deny Conservatives a majority of parliamentary seats. The Conservatives ended up losing a net 13 seats (they lost 33, many to Labour, but picked up 20, mostly from the Scottish National Party), while Labour picked up a net 30. It was the biggest come-from-behind win for Labour since Clement Attlee in 1945. It is also a huge win for Corbyn, who is now the unassailable leader of a political party that he has managed to both return to its socialist roots instead of being just a pale neoliberal imitation of the Conservatives. He also managed to restore Labour as genuine opposition party to be reckoned with instead of just a protest vote vehicle. (In terms of percentage of the vote, the two parties ended up very close at 42.4% for the Conservatives and 40.0% for Labour — a big climb from the paltry 30.4% share Labour won in its last national electoral outing in 2015.

Corbyn, getting respect for the first time from the nation’s media, is now calling for May’s resignation and for her replacement as Prime Minister. (For a fascinating analysis of just how well Corbyn and Labour did in this election, read this piece in Counterpunch today by Jonathan Cook.)

What comes next is uncertain. The knives are out for May in the Conservative Party leadership, but if she’s forced out of the PM post, that will ignite a bitter struggle between those who think the Tories need to move away from their current hard-right stance and those who would prefer to see the party become even more right-wing. For the time being, May is fighting to stay on as Prime Minister, attempting to cobble together a fragile agreement for the support of the Democratic Unionist Party in Northern Ireland, whose 10 MPs would give the Conservatives only the narrowest of 2-vote majorities in the new Parliament.

Even if she succeeds, nobody expects this situation to last. Either May’s coalition will founder on some issue, or some Tory MPs will withdraw support on a vote of confidence, which would mean either Corbyn and Labour could have a shot at trying to forge a governing coalition, or try to govern as a minority government with the tacit support of other parties anxious to keep the Conservatives out of power — or, more probably, there would have to be yet another election.

Given how Corbyn steadily rose in the polls the longer he ran his old-style whistle-stop, rail-based campaign, with Labour gaining support the more people got to know him and his socialist platform, it seems likely, should that happen, that with more time and another campaign, he could well bring Labour back into power with a majority of seats.

It’s an astonishing reversal of fortune, and also a lesson in the importance of standing up for ordinary people — and against militarism — one that progressives in the US should pay close attention to.

By the way, I can’t let this story go without pointing out that here was an election fought at least as bitterly as was the US election last November, and yet, while there were some complaints of registered voters not being allowed to vote, these cases — which involved people who had registered online in the last few days before the vote, whose names didn’t make it onto local voter lists at polling places — numbered in the hundreds out of more than 32 million votes cast. The final margin between Conservative and Labour tallies, was 2.4% (42.4% to 40%), with one constituency taking until late Friday to finalize the count. There was no evidence of voter fraud or ballot total switching, tampering or anything else. How can this be, when such problems and especially voter suppression, are so rampant in the US? Three things stand out: voting standards are set nationally in the UK, not locally, registration is allowed up to 17 days before an election, and voting is done on paper ballots.” Clearly, we have some easy answers on display for fixing the broken election system we have here in the US!