It sure looks like there was some electoral fraud committed in the Democratic primary in Arizona on Tuesday.

The race ended up officially with Hillary Clinton getting 58% of the votes, a total of 235,667. Bernie Sanders got 40% and a total of 163,368. Half of that vote total came from the state’s overwhelmingly biggest city, Phoenix, pop. 1.5 million. In Maricopa County, which is where Phoenix is situated, the vote was Clinton 127,000, Sanders 87,000 — exactly the same 58%/40% split as the statewide vote. (This compares to neighboring Utah, and to Idaho, where on the same day, Sanders beat Clinton 80% to 20% in two caucuses.)

But Phoenix, a Democratic city in a Republican county, like most places, has a Democratic machine that is working in lock-step with the Democratic National Committee and the Hillary Clinton campaign.

So it is disturbing to learn that numerous types of voter disenfranchisement occurred in the Arizona vote, across the state and especially in Phoenix.

According to a publication called The Horn, published in Arizona, many registered Democratic voters came to their polling station, only to be told that they were listed as independent, not as Democrat, and thus could not vote, as Arizona has a closed primary for both parties. Those who complained were given provisional ballots, but there has been no report on how many of those provisional ballots, if any, were counted in arriving at last night’s result of a Hillary 14% win. The decision on whether to count provisional ballots is made by local voter registrars. 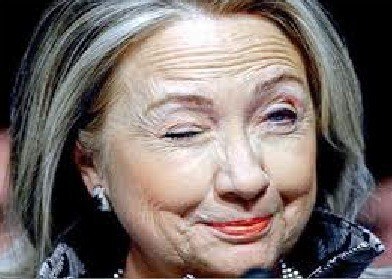 But that’s not all. A news site called AZCentral.com reported that before the primary, a decision was made to cut the metro area’s usual 200 polling stations down to just 60, allegedly as a “cost-saving” measure and because a flood of advance mail ballots had led voting election officials to guess that the number of physical voters using polling stations would be down (an odd assumption, since higher than usual advance balloting by mail is usually a sign of increased voter interest in an election). Phoenix itself ended up with only 12 working polling stations, with the other 48 spread out around the metro area’s various municipalities, usually two polling stations per city.

AZCentral quotes angry voters as saying that they had never before had to wait longer than 15 minutes to vote in an election, but in this case, many people ended up waiting three hours or more, and many no doubt gave up — especially because the media reported Clinton the winner shortly after polls closed at 7 pm, based upon exit polling. According to one report, some voters at one polling station in downtown Phoenix didn’t get to cast a ballot in the Democratic primary until after midnight.

Many of the closed polling stations were reportedly in heavily Latino neighborhoods.

Meanwhile, in Tucson, Arizona’s second-largest city, and another liberal district, a building housing a phone center being run by the voter registrar’s office to answer calls from voters having problems or trying to learn the location of voting centers was closed for almost an hour on primary day because of a bomb threat — reportedly one of four in the city that day, according to a report in Tucson News Now.

The Arizona state Democratic Party said it would investigate any voter complaints, but given top officials’ backing for Clinton, it doesn’t seem likely anything will come of that, especially anything that would reverse the results.

While there is no solid evidence of Clinton campaign involvement in the primary election mess in Arizona, it is not the first time results in a state primary or caucus have been raised this year, and each time, it’s a state where Clinton ended up winning. In three of the other cases — Iowa, Nevada and Massachusetts — the results were not expected to favor Clinton, and there was evidence to doubt those results.

In Iowa, recall, where Clinton won by a fraction of a percent, the a win in a handful of other districts that had ended in a tie would have reversed the result. But in Iowa, the rules call for a coin toss to settle a caucus tie. Coins were tossed in all six of those precincts, and — surprise! — Clinton’s campaign won all six. That, mathematicians say, has a probability of happening of just one in 64, or 1.6%.

In Massachusetts, where Clinton won by one percent of the vote, there are questions being asked because she won in Boston, famously a college town with a youthful population that is demonstrably pro-Sanders. Yet exit polls, which are generally quite accurate predictors of actual balloting, because people are being asked how they voted as they leave a polling station, suggested Sanders had won by close to 10%.

The problem is that in Boston, voting is done by machine, it is pretty easy to manipulate the numbers. Meanwhile, oddly, Sanders won in the western part of the state where paper ballots were used, which have to be counted by hand, generally with representatives from both parties and from the voter registrar’s office present. While Boston-area machines do have a paper trail that could be checked by a recount, someone would have to order one, or one of the candidates would have to request one (and pay for it). The Sanders campaign should have done that, as it should have done in Missouri and Illinois.

Finally, in Nevada, also narrowly won by Clinton, there were charges that Clinton operatives were illegally present in caucuses in Las Vegas, wearing the T-shirts of members of the Nurses‘ Union, which had endorsed Sanders nationally. What they were doing there — perhaps voting in the caucuses? — isn’t clear, but it is suspicious.

The whole thing reeks of corruption, and is only likely to get worse if Sanders now starts really racking up big wins, as he did Tuesday in Utah and Idaho, both won by about 80% to 20% by Bernie.

At this point the Sanders campaign should stop playing nice, and instead begin demanding recounts of close races like Iowa and Massachusetts, and using some of its campaign cash to bring lawsuits in states where there is evidence of voter suppression or fraud.

I shudder to think what we’re going to see happen in my own state of Pennsylvania, where elections are a cesspool of corruption, suppression and fraud even in a good year.

Americans Need a Say in How Far the US is Going to Go in Backing Ukraine!
Russian president Vladimir Putin is playing a dangerous game by making threats to use ‘small’ so-called theater nuclear weapons with explosive power just a fraction of the power of…
All Dave LIndorff's Posts