It was the fifteenth time I’d trekked to Columbus, Georgia, to the gate of Fort Benning, for the annual November demonstration to close the School of the Americas.

Since 1989, following the murder of six Jesuit priests in San Salvador by graduates of the SOA, the effort to close it down has been led by Mary Knoll priest Father Roy Bourgeois, a Vietnam veteran and a priest who served in Bolivia during a very violent period hostile to priests sympathetic to the plight of the poor. The school is used to train foreign soldiers.

Bourgeois is a legend for a famous and clever act of civil disobedience. Dressed as an Army colonel, he went on post, climbed a tree and chained himself and a large boom box to the tree outside the barracks where Salvadoran soldiers were sleeping.

Leave it to a soccer hero to kickstart some serious political action.

Eric Cantona, a French soccer star who finished his playing career at Manchester United and went into acting, has sparked a European, and perhaps a global uprising against the global banking industry by calling on people everywhere to simply take their money and run away from the big banks on December 7.

Cantona, in a television interview about his career, got political in a hurry, saying that demonstrations such as those that occurred last month across France in opposition to cuts in that country’s retirement program, were meaningless and “accomplish nothing except to further the aims of the oppressors.” He called on those same protesters, and on people everywhere, to take “effective action” by withdrawing all their savings from the banks.

His challenge has caught fire across Europe, where the action is being coordinated on Facebook and via a website called Bankrun 2010. More recently, this campaign has made its way across the Atlantic to America, where soccer’s not such a big game, and where most of the economic protest action has been focussed on the reactionary anti-tax Tea Party crowd. But even here in the US, the idea of sticking it to the big banks has begun to resonate, with a website called Stopbank USA calling for a day of action by Americans on December 7.

On December 7, make it look like this at B of A, Citibank, Wells Fargo, Goldman Sachs and JP Morgan Chase

Cleck here for the first half of a two-part interview of Dave Lindorff by Dori Smith, host of “Talk Show Nation,” a public affairs program recorded at WHUS in Storrs, Connecticut and broadcast on Nov. 17, and syndicated on Pacifica Radio. The second half of the interview will be broadcast next week.
"Talk Radio Nation" is syndicated on the Pacific Radio network

Is it news when police photograph and videotape demonstrations?

Apparently for American editors and reporters, making that news judgement depends on where the demonstration occurs and what nationality the police are.

When a hundred artists gathered outside a Beijing courtroom in mid-November to protest the jailing of artist Wu Yuren, who had earlier been beaten by police and jailed because he had gone to a police station to file a complaint against a landlord, the New York Times ran an article by reporter Andrew Jacobs which pointedly noted that police officers had videotaped the crowd, and then quoted a demonstrator, artist Dou Bu, as saying, “I was scared to come out here today, but you have to face your fears.”

But a week earlier, when several hundred backers of Mumia Abu-Jamal, a black journalist on Pennsylvania’s death row for the killing of a police officer, demonstrated in front of a Third Circuit federal court building in Philadelphia, where a three-judge panel was rehearing an argument on his sentence, and local police not only videotaped the officially sanctioned rally, but also aggressively photographed and taped a group of journalists waiting to be allowed into the courtroom early, there was no mention of their action in any media, local or national.

Sergeant Salvatore Giunta will receive a Congressional Medal of Honor this week for bravery under fire in October 2007. At great risk, he assaulted a hill and rescued a gravely wounded comrade being dragged away by an insurgent. He will be the first living soldier to receive the medal since the war in Vietnam.

The man Giunta rescued did not survive, and the US forces eventually abandoned the Korengal Valley where the fighting took place. Giunta, 25, saw his actions this way:

“I ran to the front because that is where he (the wounded comrade) was. I didn’t try to be a hero and save anyone.”

As for the ten-year-old war in Afghanistan, he said, “I have sweat more, cried more, bled more in this country than in my own. These people won’t leave this valley. They have been here far before I could fathom an Afghanistan.”

Giunta’s generous modesty and the strong bond he has with his fellow soldiers is the classic stuff of war legend. He’s an archetypal national war hero from the mold of Gary Cooper playing Sergeant York of WWI fame. 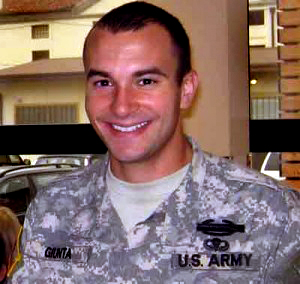 Sergeant Giunta deserves to be honored – as do many young soldiers like him whose heroism under fire may go unknown or unrecognized beyond their unit.

Meanwhile, back “in the world” — as the home front was known to soldiers in Vietnam — politics in America continues along the tragic and absurd course it has been on for too long.

To paraphrase Abraham Lincoln, God must love veterans; He makes so many of them.

We just finished “celebrating” Veteran’s Day earlier this month, complete with the usual parades and the show of flags, but it’s worth remembering that Nov. 11 wasn’t always a day for blindly glorifying the military.

When November 11 was initially established as a US holiday, it was done by an Act of Congress to commemorate the cease-fire established on the Western front between the forces of Germany and those of the French, British and Americans. The name of the holiday–Remembrance Day in the UK and Commonwealth countries, Armistice Day in the US–was only changed in America to Veterans Day after the Korean War, when the US was well on the way to being transformed into a permanent war machine. 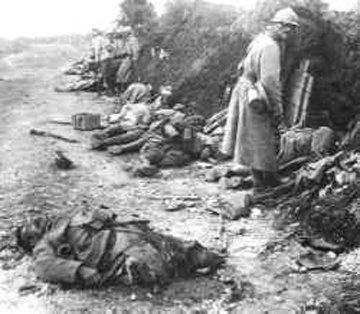 The three-decades-long murder case of Philadelphia journalist Mumia Abu-Jamal, who has sat in solitary in a cramped cell on Pennsylvania’s death row for 28 years fighting his conviction and a concerted campaign by the national police union, the Fraternal Order of Police, to execute him, was back in court Tuesday, with a three-judge federal Appeals Court panel reconsidering its 2008 decision backing the vacating of his death sentence, on orders of the US Supreme Court.

Many Americans simply assume that the government and politicians lie when they are talking about things like cutting taxes, or eliminating waste. But somehow, we tend to believe official government reports about things like economic “growth” or unemployment rates, or even cost-of-living increases.

The truth, sadly, is that the government is lying about these things too.

Take jobs and unemployment. Right after the election, the Obama administration’s Bureau of Labor Statistics proudly trumpeted that the economy had added 151,000 new jobs in October. President Obama, about to head off to India, a land where American jobs go to die, made it sound like maybe the American economy had finally turned a corner. The news led to a jump in the stock market and everyone breathed a sigh of relief, because finally, we had a number that was greater than the 100,000 new jobs that we have been repeatedly told are needed “just to keep pace with the new workers who join the labor force every month.”

This huge and confusing thing we call the United States of America is in the midst of a major epochal reality check, not your usual, garden-variety recession. The roots of today’s crises go back at least 60 years or more.

Politics in such a crisis state is naturally volatile, swinging this way, then that way, affected by fear and pride and all the usual human emotions. Like the stock market, electoral politics operates with rapid, shifting en-mass movements like a school of little fish into which one throws a rock.

At times like these, it’s interesting to look at what’s not being said – the large elephants in the room going unrecognized. To talk about these things would take courage, self-awareness and humility, like the hard stuff shrinks and counselors try to get troubled patients to look at.

In our current climate of fear, courage is too often translated into military bravery and the capacity to do violence, and humility is virtually against the law, on par with being a “socialist,” a “communist” or a “terrorist.” Or else humility is seen as what the Tea Party has just done to the Democrats, which is humiliation.

Those lawsuits, filed respectively by a state legislator and a high-profile media commentator (both of whom are black) didn’t surprise Valrey. His travels across America screening his film highlighted for him – again – a reality that governmental officials constantly reject: police brutality is a widespread scourge.

“Police brutality is definitely not ‘isolated incidents’ as officials always say after each new killing or beating by police,” said Valrey, host of the Block Report, a program aired on KPFA-FM, the Pacifica station in the Bay Area.