Fifty-eight years ago, on July 26, 1953, 160 Cuban rebels attacked Moncada Barracks near Santiago de Cuba. Had the rebels been able to take the fort with 1,000 troops—a good possibility—it would have started a revolution that might well have defeated the dictatorial regime of Fulgencio Batista within a short time.

The main cause for failure was a missing vehicle with their heavy weaponry. Nevertheless they were able to cause three times the numbers of casualties that they suffered. Nearly one-half of the rebels were killed but most of them died under or following torture.

After being held for 76 days in isolation without access to reading material, Fidel Castro, the 26-year old leader, came into a courtroom filled with 100 soldiers. He gave a rousing defense of the need for revolution to topple the dictator and change the corrupt and brutal socio-economic system so that all could be fed, obtain education and health care, so that farmers could own land and all have a voice.
In his five-hour speech, Fidel said, “The right of rebellion against tyranny, Honorable Judges, has been recognized from the most ancient times to the present day by men of all creeds, ideas and doctrines.”
Instead of asking for acquittal, he demanded to be with his brother and sister rebels in prison.

“Condemn me, it does not matter, history will absolve me!”

Fidel Castro considers ethics and morality to be essential for revolutions. In My Life: Fidel Castro, the 2006 interview book with Ignacio Ramonet, Fidel speaks of these highest principles on numerous occasions. He asserts that “especially ethics” is what he learned most from the national liberation hero, José Martí. 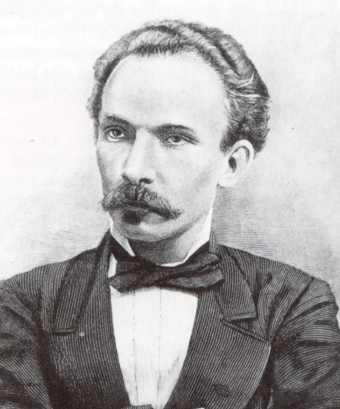 After following liberated Cuba for half-a-century, having lived and worked there for eight years, I find that during its guerrilla struggle, from December 2, 1956 to January 1, 1959 the revolutionaries acted in a moral manner. Cuba’s revolutionary armed struggle was exceptional in this way. As Fidel told Ramonet, “We did not kill any prisoners”, “not even one blow” was dealt. That is “our principle”; “All revolutionary thought begins with a bit of ethics.”

I think that is also the key reason why so many millions of people the world over love and respect Che Guevara: his moral stance, his example as a just revolutionary leader. This from Socialism and Man:

“At the risk of seeming ridiculous, let me say that the true revolutionary is guided by a great feeling of love…Our vanguard revolutionaries must idealize this love of the people, the most sacred cause, and make it one and indivisible…one must have a great deal of humanity and a strong sense of justice and truth in order not to fall into extreme dogmatism and cold scholasticism, into an isolation from the masses. We must strive every day so that this love of living humanity will be transformed into actual deeds, into acts that serve as examples, as a moving force.”

I agree with Fidel and Che. Revolutionaries must be ethical in vision and use morality in practice, both at home and in solidarity with the oppressed everywhere. As Fidel told Lee Lockwood in Castro’s Cuba, Cuba’s Fidel:

I define ethics in this way: Life shall not be abused or destroyed by our conscious hand—without our being attacked or oppressed beyond limits of toleration. A moral person, organization, political party or government acts in daily life and in the struggle for justice with that ethic in mind. These are my thoughts on morality:

* We act so that no one person, race or ethnic group is either over or under another.

* In combat against oppressors and invaders, we do not kill non-combatant civilians nor forcefully recruit them, or use them as hostages.

* We struggle to create equality for all.

*We abolish all profit-making based upon the exploitation of labor or the oppression of any person, group of people, class or caste. Instead, we build an economy based upon principles of justice and equality, one in which no one goes hungry, sharing equitably our resources and production.

* We struggle to create a political system based upon participation where all have a voice in decision-making about vital matters with relation to local, national and international policies.

* We struggle to eliminate alienation in each of us.

True solidarity activists have no choice. We must support a people under attack by aggressors wherever in the world. That is what I see as our task as anti-war activists concerning Afghanistan, Iraq, Palestine…just as we did in the wars against Vietnam-Laos-Cambodia and the South Africans…

For us solidarity activists, and governments viewing themselves as progressive-socialist-communist-revolutionary, I believe our task must be to press for the very lives and rights of the Tamil people in Sri Lanka where governments have systematically oppressed and repressed them for half-a-century.

As a solidarity activist—who advocates the right to resist and the necessity to conduct armed struggle once peaceful means fail to change oppressive governments from terrorizing us—I denounce all perpetrators of terrorism, no matter the party or cause, and demand they change tactics to ones that are morally in accordance with our ideology embracing fellowship with justice and equality.

I find that most armed movements commit acts of atrocities, even acts of terror in the long course of warfare. This has sometimes been the case with the Colombian FARC and Palestinian PFLP, for instance. But I support them in their righteous struggle. They are up against much greater military and economic forces that practice state terror endemically. The ANC in South Africa’s war for liberation also committed horrendous acts of terrorism.

Most of the dozens of Tamil groups that took up arms, at one time or another, considered themselves Marxists, and many looked up to Che Guevara and Cuba’s revolution as an ideal. But they nearly all became terrorists in much of their actions. Hear what Che Guevara meant about the use of violence.

“There are always laggards who remain behind but our function is not to liquidate them, to crush them and force them to bow to an armed vanguard, but to educate them by leading them forward and getting them to follow us because of our example, or as Fidel called it ‘moral compulsion.’” (Speech “From somewhere in the world”)

This Sri Lanka Tamil “story” is a tragedy especially for the Tamils; also for the world of humanity. Most people not directly involved, however, do not react because they don’t know what they can do. There are so many tragedies going on at the same time. Cynical brutality is constantly unleashed by major capitalist enterprises and their governments in the ‘first’ world, much of the former ‘second’ world as well as by national capitalists in the “third” world. We live in what I call the Permanent War Age. Brutality—surveillance—suffering is the norm.

In those countries where there is little brutality, in comparison, and no aggressive war-making (I speak here of the governments of Cuba and other ALBA—Bolivarian Alliance of the Peoples of Our America—countries) the leaders see the necessity of having political ties with some war criminal governments, such as Sri Lanka. I gather that this leads them to ignore their moral solidarity principles and abandon the oppressed Tamils.

On this July 26 day of celebration, I call upon the Cuban government, as well as all members of the ALBA alliance, to return to the moral principles expressed by Fidel and Che and do the right thing by the Tamil people. Call for an independent international investigation into the war crimes committed by the Sri Lankan government, and use your moral clout, your revolutionary record to demand an end to the genocide against this people.

If morality does not become integral to our struggles, I’m afraid we are headed for a worldwide moral collapse, which is already underway due to the intrinsic immorality of capitalism and its imperialism; the foundering of contemporary socialism; and the rise of fascism throughout much of the world.

RON RIDENOUR lives in Denmark. A veteran journalist who has reported in the US and from Venezuela, Cuba and Central America, he has written Cuba at the Crossroads, Backfire: The CIA’s Biggest Burn, and Yankee Sandinistas. For more information about Ron and his writing, go to www.ronridenour.com