I could point out that Donald Trump’s asinine statements about Muslims and a radicalizing second generation are exactly the kind of ignorant bigotry that spurs these sorts of hate crimes to begin with.

I won’t though, because we all know that this has already been done and will continue to be done until this devastating event’s emotional significance is reduced to meaningless babble on repeat.

However, what has yet to come is the inevitable discussion about the mental state of Omar Mateen and the role that might have played in the shooting. Already, there is foreshadowing of this discussion as journalists report those around him describing him as “bipolar” or “erratic.”

I’m nipping it in the bud. We cannot go down that path. It’s distracting and unproductive because mass shootings are not just about mental health. Of course, mental health plays a role, but guess what plays an even larger role? GUNS.

Liberal and conservative politicians alike focus on mental health as a strategy to avoid discussing the true heart of the gun control debate. 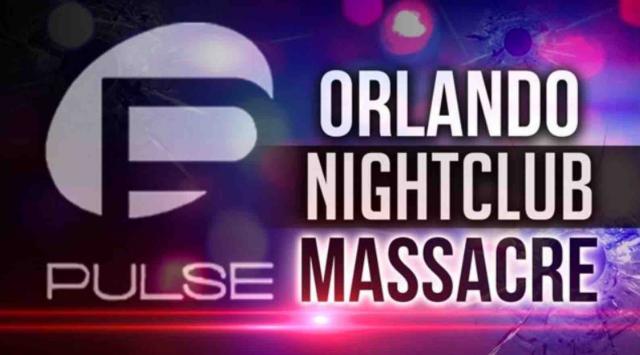 Democrats use it to avoid risk. These so-called liberals like to focus on the mental health of the shooters in these high-profile tragedies. By advocating for improved mental health services and preventing the mentally ill from getting guns, they get to seem like they care about gun control without having to actually advocate for any meaningful change.

I’m the main doctor at a primary care clinic based out of an organization that provides psychiatric care and case management for patients with severe mental illness. It’s a population that is very close to my heart. I’ve had patients tell me that they would shoot me given the right circumstances. I understand both the critical shortage of resources for mental health as well as the increased risk that patients that suffer from mental illness have to behave violently.

Addressing gun violence solely through the lens of mental health will never solve the problem. While I’ll be the first to tell you that the woefully underfunded state of mental healthcare is devastating to society on every level, I also believe that it is only a small part of the gun violence issue.

Conservatives find themselves in a win-win situation when we focus on mental health in the setting of gun violence. If we decide Mateen was “crazy,” then Republicans can conclude that it’s not gun control that’s the problem, it’s crazy people that are the problem. If we decide he wasn’t crazy, then Republicans get to harp hysterically about “Muslim terrorism.” Meanwhile all the Democrats can do is denounce hate and endorse tolerance, which in terms of ineffective strategies, is beaten only by abstinence-only education and trickle-down economics.

Conservative bigots like to focus on the radicalism of these shooters as the root cause. Xenophobic Americans have used the murders in Orlando as evidence of a terrifying Muslim threat. They argue that if we wipe out extremism, then we wipe out shootings.

Interestingly, while Republicans have been quick to cite Islam as a root cause, there were no similar rumblings about Christianity when the murderer who attacked the Colorado Springs Planned Parenthood in 2015 invoked extremist Christian beliefs. There has been no similar scrutiny of Christian immigrants.

What they fail to recognize is that extremism is just another justification for the expression of human violence. It’s an outlet for frustration, not the cause of the violence itself.

One of the more memorable moments in my medical training was during one of my psychiatry rotations. The patient I was seeing had recently destabilized after some changes in her medications had been made. Deep in her psychosis she grew angry and started yelling Asian racial slurs at me and Black racial slurs at the psychiatrist I was working with. Her sister, deeply embarrassed, apologized and insisted that she wasn’t normally racist.

Even as it was happening, I didn’t think that patient was consciously bigoted, despite what she was saying. It was clear that her brain wasn’t working properly, she was angry, and in that moment drew on what society had taught her could be hurtful. Her comments were not reflective of her own bigotry but rather, the milieu in which we live. As a white person, she was taught white supremacy.

Similarly, perverted interpretations of Islam leading to extremism didn’t cause Mateen to shoot people. That extremism lended itself as a justification to the inherent urge that Mateen had to hate and hurt others.

Debating the mental health of Mateen distracts us from uncomfortable truths: that humans are inherently flawed, that it’s human nature to be hurtful, and that violence is a natural human instinct.

Sure, humans are also capable of incredible empathy, forgiveness, and selflessness, but I would argue that those moments seem so incredible only because they take place in world where apathy, violence, and poverty are the baseline.

In the end it doesn’t matter. The state of the world is one of injustice and suffering. Humans will continue to hurt each other with whatever means we have available. That’s the bottom line. The only way to stop mass shootings is to take away the tools that allow mass shootings to happen: guns.