Much was made when Barack Obama made his historic first run for the White House of the fact that in the course of his relatively young life he had been a “community organizer” and that in addition to having a law degree, he had actually taught Constitutional law. Just nine days after his inauguration as the nation’s first black president, he was nominated for the Nobel Peace Prize, which he was awarded that October. Norwegian Nobel Committee Chairman Thorbjorn Jagland, while insisting that the prize had not been awarded “for what may happen in the future,” did admit at the time that the award left the committee fearing”being labeled naïve for accepting a young politician’s promises at face value.”

As it turns out, all of these promising signs of progressive integrity and principle, based upon the thinnest of evidence and experience, have turned out to have been false.

Obama proved to be a disaster as an organizer president, except when it came to organizing support for his initial election win. He failed, even with majority control of both houses of Congress, to even try to rally his supporters to fight for real progressive change during the critical months after he had taken office, quickly, for example, abandoning workers whom he promised to provide with a more union-friendly National Labor Relations Act. Premature Peace Prize in hand, he failed to end the nation’s wars, and instead began new ones, leaving this country mired in several conflicts — including Iraq and Afghanistan — even eight years later as he was leaving office, and adding a new disastrous precedent of presidential murder-by-drone.

Now, to add to the disappointing list of false hopes and promises, it turns out that Obama is no constitutional scholar either…or a man with even a scintilla of spine or principle.

The evidence: On a final trip to Europe, Obama, in an interview with the German news weekly Der Spiegel, asked whether he would consider pardoning NSA whistleblower Edward Snowden, replied, “I can’t pardon somebody who hasn’t gone before a court and presented themselves, so that’s not something that I would comment on at this point.”

This facile answer is simply wrong. The founders, in the Constitution, deliberately and explicitly gave presidents unlimited pardon powers, exempting only the right to pardon him or herself in the case of an impeachment — a logical exclusion. Otherwise there are no constraints on and no power to undo a presidential pardon. Nor does a pardon have to follow a person’s being convicted or even indicted. 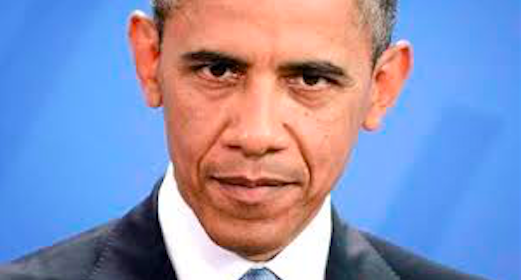 Obama leaves office as he came in, conning us

President Gerald Ford’s 1975 pardon of his resigned predecessor Richard Nixon is a case in point. As Obama, the “Constitutional law” expert, surely knows, though the House Judiciary Committee did vote out a number of articles of impeachment against him, Nixon’s impeachment was never put to a vote by the full House, nor was he never tried by the Senate. He resigned rather than face those actions, which his advisors convinced him he would lose. President Bill Clinton also issued a pre-prosecution pardon to financier Marc Rich, who had fled the country rather than face federal racketeering charges.

In other words, President Obama could easily pardon Edward Snowden if he wanted to. Instead, he fell back on a convenient fiction, perhaps hoping that the German reporter and his editors would be ignorant enough about the US Constitution and about US history that his lie would slip by them.

After making the understated concession that “Mr. Snowden raised some legitimate concerns” about the National Security Agency’s secret mass electronic surveillance program,” Obama told the magazine he had done “something that did not follow the procedures and practices of our intelligence community.”

Knowing full well that his Justice Department has long been seeking to haul Snowden home to the US from his place of asylum in Russia to face prosecution under this country’s Espionage Act (or even to simply kill him, by some accounts), the president said, “At the point at which Mr. Snowden wants to present himself before the legal authorities and make his arguments or have his lawyers make his arguments, then I think those issues come into play.”

In other words, without offering any promise of a pardon even afterwards, he is saying Snowden would have to first commit himself to the tender mercies of the American justice system — the same one that has time after time refused to allow indicted whistleblowers to make a defense based upon the public good — and then hope for a pardon after what would be an almost certain conviction given the legal roadblocks to any honest defense that are typically placed upon defendants in such cases by federal judges.

So much for this “Constitutional lawyer” president.

What all these failures by Obama to live up to his early billing, whether as an organizer, a Peace Laureate, or a constitutional scholar, have in common is that this president knows what’s right and what he should be doing. He just doesn’t do it. He actually did learn how to organize people, as he demonstrated in pulling together a huge coalition to win election in 2008. He knows what peace is and how to achieve it, but chose the path of war, over and over again, during his two terms of office. And in the interests of furthering secrecy in government, despite his early promise of a more open government made during his first campaign for the White House, he long ago decided instead to make his presidency the most aggressive prosecutor of whistleblowers in the history of that office. Snowden would simply become the big prize, should he decide to come home from Russia and place his trust in the American legal system.

It’s a sorry picture of bait-and-switch by a man who has played this country like a fiddle right to the end.

Donald Trump has nothing on his predecessor when it comes to saying one thing and doing another.