The election of Donald Trump as U.S. president, upending projections of pollsters and pundits that predicted his defeat, has triggered comparisons with Brexit, the vote earlier this summer where British citizens voted to leave the European Union, also catching the pollsters and pundits by surprise.

And yes, the campaigns for Brexit and the Trump presidency each employed similarities. Each campaign utilized ‘make our country great again’ slogans.

Further, each campaign also targeted immigrants as the source of deep-seated societal problems, particularly in the employment arena. Trump targeted Mexican immigrants while Brexit targeted Eastern European immigrants in Britain, primarily those coming from Poland as well as Muslims and blacks. 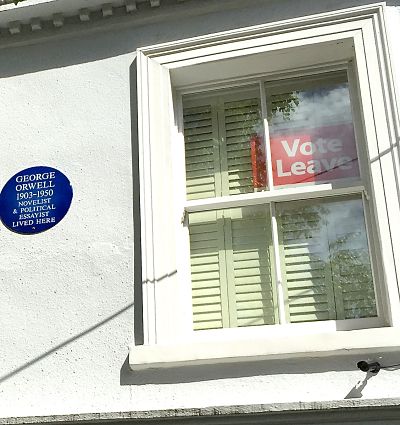 Despite accurately citing some similarities, too many of the news media comparisons of Brexit and Trump on both sides of ‘The Pond’ have been simplistic, infused with failures to sufficiently contextualize the array of forces entangled in those stunning votes.

Comparisons on both sides of the Atlantic Ocean, for example, have downplayed the upsurge in racist attacks, primarily targeting blacks and Muslims during the immediate aftermaths of both the Brexit and Trump victories.

In the weeks after the June Brexit vote, police in Britain received reports of more than 5,000 racist assaults, verbal abuse (in-person and online) and xenophobic graffiti. Surveys in Britain of white Brexit supporters found negative sentiments about multiculturalism and social liberalism in excess of 80 percent. Meanwhile, here in the US nearly 50 percent of Trump supporters who participated in a February 2016 poll disapproved of the end of slavery for blacks.

Far too many of the examinations into the Brexit and Trump victories logged across America’s ideological spectrum –- right to left –- have sought to minimize the role of racism in those electoral victories.

Veteran British anti-racist activist Lee Jasper made an observation about the Brexit vote that is applicable to the Trump victory in America.

“The fact that large parts of the British working class were so easily convinced that immigrants were the cause of their woes, not the bankers, is a result of the reservoir of latent racism in Britain, left unaddressed and festering under the poisonous weight of austerity,” Jasper wrote a few days after the Brexit vote.

The ‘austerity’ policies pursued by conservative British governments have sharply slashed social spending. The austerity cuts in areas from education to housing to health care and jobs creation have impacted lower income whites and non-whites alike albeit slamming non-whites more harshly due to institutional race-based deprivations.

Over 35 percent of the non-whites in Britain live in poverty compared to 17.2 percent of whites, according to a report released in September by Britain’s Equality and Human Rights Commission. That Rights Commission report listed the unemployment rate for blacks at 12.9 percent compared to 6.3 percent for whites. Another indicator of institutional deprivations is the fact that blacks with college degrees earn 23 percent less than whites with the same degrees in Britain.

British austerity is similar to budget-cutting initiatives pursued vigorously by conservative Republican politicians here in the US.

Some of the poorest regions in America and Britain are predominately white areas that have been controlled for years by conservative politicians who’ve provided more tax cuts to corporations than increases in economic opportunities for their lower income white constituents.

The area in England consistently listed among the most deprived, Tendring, where whites comprise 97.5 percent of the population, gave Brexit 70 percent of its votes. Britain’s ruling Conservative Party (which enacted the austerity policies) and Britain’s ultra-conservative United Kingdom Independence Party (UKIP) control Tendring. Voters in West Virginia, the state persistently ranked as having the highest levels of poverty among whites, gave Trump 68.7 percent of their votes.

Activist Jasper noted, “I certainly don’t think all Brexiters are racist. However, I have never met a racist who wasn’t a Brexit supporter.” America’s KKK endorsed the presidential candidacy of Donald Trump as did other white supremacist organizations –- endorsements which Trump declined only tepidly to accept during his campaign.

Leaders of the Brexit and Trump campaigns have denied exploiting racial and religious bigotry in their respective campaigns.

Yet, those denials clash with the realities of the incendiary rhetoric each campaign embraced.

Additionally, persons elevated to ranking governmental posts in the wake of the Brexit and Trump victories have histories of engaging in racial discriminatory behaviors.

Respected British journalist, publisher and social observer Duton Adebayo wrote shortly after the June Brexit vote that the anti-immigration emphasis of Brexit campaign rhetoric “allowed” racism to rise again in Britain. Adebayo, a top-rated BBC radio broadcaster of Nigerian ancestry, wrote that Brexit enabled racists to “come out boldly and claim that they are not racist but just anti-European Union immigration policy.”

The respective Brexit and Trump victories did evidence similarities in societal sentiments along geographic, economic and demographic fault lines.

Many analysts who rightly identify the class fault lines evident in the Brexit and Trump votes give short-shrift to the fact that One Percenters’ everywhere have historically manipulated racism to mask the class-based economic exploitation of the 99 Percent — ripped off regardless of color, class or creed.

British activist/academic Cecil Gutzmore paints Brexit as “fundamentally racist-nationalist, undoubtedly economically foolish.” Gutzmore’s analysis concludes that Brexit will produce negative economic, social and ideological effects “across the board for years” on non-whites and the poor generally in Britain. “I can’t help feeling that [non-whites] who voted Brexit un/consciously voted White in the sense in which I heard a White American say: “I am poor but I vote rich.””

The sparkplug behind Brexit, far right-wing British politician Nigel Farage, was the first foreign politician to visit Donald Trump after Trump’s election victory. Farage, leader of the UKIP, campaigned with Trump this summer in Mississippi -– the state most identified historically with racist sentiments in America.

Trump recently Tweeted that Farage should become his nation’s ambassador to America, a suggestion quickly snuffed by Britain’s conservative government.