ThisCantBeHappening! lost a valued friend Friday night with the death, from cancer, of Alexander Cockburn, 71. Alex and his comrade-in-arms Jeffrey St. Clair at Counterpunch magazine have helped our struggling little online left alternative newspaper mightily by running most of our articles on their site when other allegedly progressive news aggregator sites have rejected stories as being too radical, or in the case of Truthout, have simply barred us from their site.

I cannot call Alex a personal friend, as I never got to know him that well, but he was an important mentor of sorts, as well as a writing inspiration. Back in the late 1970s and early 1980s, when I began working as a freelance journalist, Alex and his writing colleague James Ridgeway encouraged me to contribute articles which they sometimes ran as part their own page in the Village Voice in New York, thus sparing me having to deal with the editor and the editorial cliques at the paper, which were not particularly open to newcomers like myself.

I appreciated that Alex, despite having a lot of writing projects of his own going all the time, was always available when I would visit the Voice to discuss a story idea or deliver my copy. He was quick with an incisive comment or a suggestion for a turn of phrase, and while I’ve never developed his rapier-sharp wit, it remains something to which I continually aspire.

Alex was a scourge of the capitalist elites and their fawning apologists in the corporate media, of course, but he also played an important role as a merciless critic of those so-called progressive journalists who lost their courage, sold out or were simply wrong on an issue. If it was just a matter of disagreeing about a specific issue — say climate change, where Alex remained a skeptic — he could be courteous and respectful in his dismissal of an argument, but woe to those, like the late Christopher Hitchens, or even his own editors at the Nation magazine, whom Alex concluded had sold out their own leftist principles. 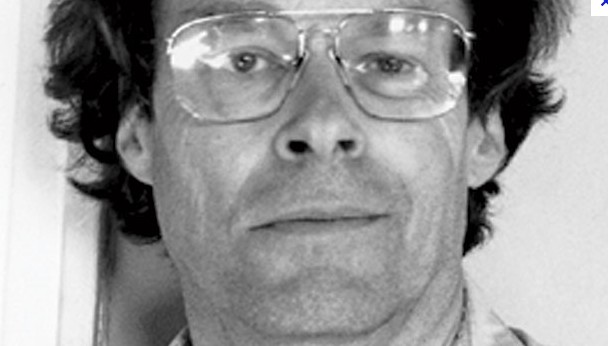 I was personally grateful to Alex in that regard back in January 2004 when he came unasked to my defense in both Counterpunch and a Nation “Beat the Devil” column, tackling Nation editor Katrina vanden Heuvel and others for their criticism of an article I had written almost a year earlier about looming Iraq invasion in which I compared President George W. Bush to Adolph Hitler.

Hitler/Bush comparisons began their current vogue after an article by Dave Lindorff appeared last February, here on CounterPunch.org, to which Lindorff is a regular and valued contributor.
In a full bore attack on Bush-as-warmonger Lindorff [wrote]:

“It’s going a bit far to compare the Bush of 2003 to the Hitler of 1933. Bush simply is not the orator that Hitler was. But comparisons of the Bush Administration’s fear mongering tactics to those practiced so successfully and with such terrible results by HItler and Goebbels on the German people and their Weimar Republic are not at all out of line.”

It was classic Cockburn. (Thank you again for that, Alex!)

As a journalist who once wrote that his early Catholic school education had effectively “inoculated” him against religion, I’m sure Alex is not “resting in peace” and idling about in some heavenly Eden, but in the event that both he and I are wrong and there is an afterlife, I’m equally sure that Alex isn’t just ambling around in a toga there. As he demonstrated with his scathing demolition of the banking industry and the LIBOR scandal (penned on his deathbed and published shortly before he died, but conveniently ignored by the New York Times in its Sunday obit) he’d more likely be busy continuing to fire off his always devastatingly witty editorial fusillades at the powerful and their journalistic enablers here on this mortal coil.