Levi Rickert, editor of Native News Online, a national publication of by and for the indigenous peoples of North America, talks about what he calls “the most significant political action by Native Americans since the American Indian Movement’s 1973 Wounded Knee occupation” on the Pine Ridge reservation in South Dakota.

Rickert, a guest on Dave Lindorff’s weekly “This Can’t Be Happening!” radio program on the Progressive Radio Network, tells how activists from over 200 Indian tribes as well as representatives of indigenous peoples from around the world have converged at Standing Rock in North Dakota to back the local embattled Standing Rock Sioux People in the battle to defend their land and water against despoilation by the Army Corps of Engineers, which is trying to construct a pipeline across Sioux lands to carry Bakkan Field crude oil to St. Louis. 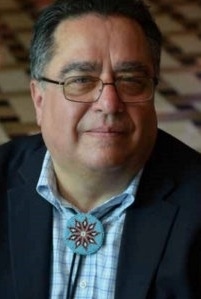 To hear the whole half-hour interview, go to PRN.fm’s ‘This Can’t Be Happening!’