The crazed obsession with secrecy, security, and ever-increasing intrusiveness by government policing and intelligence authorities into the lives of ordinary Americans has continued apace under the Obama administration. This madness can be illustrated by a case currently before the US Supreme Court involving the scientists who work at NASA’s Jet Propulsion Laboratory in Pasadena, California.

The case began back in the Bush/Cheney years when scientists at JPL objected vigorously to a new order that they all submit to deep background checks in order to receive new identity cards that would allow them to go to work. They were warned, when they complained about a security check that would involve looking back all the way to their college days, into not just arrest records, but student drug use, sexual histories, political activities, etc., based upon wide-ranging interviews with past employers, acquaintances, friends, family, etc., that failure to agree to the investigations would mean they could no longer come to work.

What made the whole thing ridiculous from the outset is that NASA is by law a civilian agency. It does not engage in national security activities. The scientists at JPL run the deep space probes like Viking, Cassini and the other planetary exploration programs, as well as other civilian satellite projects. Yet they were being told that even people who had worked at JPL and NASA for decades, back to the days of the Apollo Program, would be fired if they refused to submit to the new security checks. 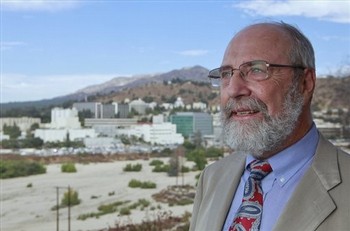 The JPL scientists rallied against the plan and filed suit, winning at the district and appellate court levels, and many assumed that with the arrival of the Obama administration, the whole idea would be dropped.

The Obama administration and the Attorney General’s Office filed an appeal to the US Supreme Court, where arguments were heard last week, with the New York Times reporting that the government’s attorneys appeared to be getting a sympathetic ear from the High Court’s right-wing majority.

Now it turns out that in its monomaniacal desire to further intrude into citizens’ private lives in the name of anti-terror security, the Obama Justice Department has even misrepresented its case to the eight Justices on the Supreme Court. (New court member Justice Elena Kagan recused herself from hearing this case because she helped develop the government’s position as Solicitor General herself.)

In a letter to Attorney General Eric Holder, Lead Plaintiff Robert Nelson, writing on behalf of the class of JPL scientists fighting the new security vetting procedure, is demanding that Holder send a letter to the Justices retracting the testimony of Acting Solicitor General Neal Katyal. The 30-year JPL veteran and former head of the American Astronomical Society says Katyal incorrectly invoked the potential risk of terrorist actions by the scientists against the Space Shuttle should the security checks and badge requirement not be implemented. As Katyal told the High Court in his argument, “And the even more important point about this is the badge that the Plaintiffs are seeking access to…doesn’t just give them access to JPL. It will also give them other access to all other NASA facilities. And it’s such an important credential that it would allow them to get within, for example, 6 to 10 feet of the space shuttle as it is being repaired and readied for launch. So this is a credential not just for JPL and getting onto JPL, but other places as well.”

Nonsense, Nelson writes in his letter to Holder. He says that the badges already used by the JPL scientists, which are accepted at most NASA facilities, do not allow the JPL scientists into sensitive locations, including the vicinity of the Shuttles. Sensitive locations, he writes, require specific authorization. Furthermore, he says, “Extensive care is taken at JPL and other NASA facilities to safeguard ‘flight hardware’ (i.e., anything that goes into space), and the space shuttle is certainly no exception. No one without the right training and authorizations can get close to the space shuttle, no matter what kind of credential he or she carries.”

Speaking at the annual meeting of the division of planetary sciences of the American Astronomical Society today in Pasadena, an angry Nelson said, ““Katyal’s remarks reflect the Justice Department’s astounding ignorance of basic NASA rules and procedures. This ignorance has been demonstrated by the DOJ throughout the case. It is regrettable that the Supreme Court will decide an important case like this one with false information in hand.”

But it’s not just a matter of ignorance. NASA executives, including NASA Administrator Charles Bolden and his staff, allowed Solicitor Katyal to make his misleading comment to the justices about an alleged risk to the security of the Shuttles, without correcting him.

Other JPL scientists are also outraged at the sworn misrepresentation presented as argument by the government to the High Court in this case. Said Larry, D’Addario, a JPL principal Engineer working on electronics for space communication, “Perhaps Mr. Katyal’s misstatement about the space shuttle arose because he was given false information by someone. But he intentionally tried to mislead the court about the nature of the work at JPL when he described Appeals Court Judge Wardlaw as ‘underestimating how important security is there,’ and also when he said, ‘The information at JPL is sensitive, quite sensitive, both, you know, in terms of scientifically and with respect to our nation’s secrets.’”

D’Addario responds, “In reality, the vast majority of the work at JPL is in support of science that benefits all mankind. Indeed, such science can only succeed and be credible in an atmosphere of openness. The idea that it might be declared ‘sensitive’ and subject to suppression is one of our fears, and that fear is echoed in the amicus curiae briefs filed by scientific societies in support of us.”

When Barack Obama was running for president, he criticized the Bush/Cheney administration for its obsession with secrecy, and for its history of running roughshod over Constitutional protections of privacy, and First Amendment freedoms. But in this case, and many others, and in the actions of its intelligence and law-enforcement operations like the FBI, NSA and other agencies, his administration has not just continued most of the practices adopted by his predecessor; he has actually been expanding upon them.

Where there were cases still being pursued in court left over from the Bush administration, such as one seeking information about the customer records that the telephone companies had provided to the FBI, or this current one seeking to require civilian scientists at JPL to submit to pointlessly invasive security checks, instead of withdrawing the cases, this administration has continued to pursue them aggressively.

The Supreme Court is expected to rule on the JPL scientists’ case in the next few months. If the conservative majority rules in the government’s favor, NASA may find that some senior scientists who have been with the space program for decades may decide to quit the program rather than submit to the indignity of the security checks.

That would be America’s, and science’s loss.