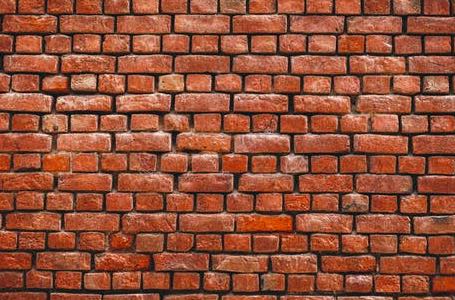 Liberals are upset that the new Supreme Court, packed with conservatives, has decided President Trump can have $2.6 billion of the Pentagon’s new FY 2020 $738 billion budget to build some wall along the Mexican border.

But I think they’re thinking all wrong about this. Instead of complaining and fighting a losing battle against Trump’s nutty idea of walling off the southern border (most immigrants come into the US by plane, or come in legally as students or tourists and then just stay on past the expiration of their visas, not by crossing the Rio Grande and the surrounding desert) — a battle that only serves to rev up his “base,” they should embrace the idea.  The truth is, the reactionary Supreme Court majority has unintentionally handed us the answer to two problems: Trump’s mad obsession with immigrants and the out-of-control US military budget.

Let’s first of all be honest here. The US spends a lot more on war than  just the $738 billion it hands to the Pentagon. Funding for the country’s colossal war machine actually includes $220 billion for Veterans Affairs, which finances the care of the soldiers injured or damaged in America’s endless wars, and the benefits programs used to entice young people into enlisting in the armed forces. Then there are the hundreds of billions of dollars more for funding Homeland Security, which is part of the military, for the 17 intelligence agencies, which is basically all military spending, and for the repayment of debt used to finance America’s wars. In all, according to a study by the Brown University Watson Institute’s study “Costs of War,”  it’s $1.3 trillion a year that gets spent on the US military, an amount almost equal to the $1.7 trillion in federal income taxes collected tht year.

And almost none of that money you and other American paid Uncle Sam is about defending America.

Probably 90 percent of that $1.3 trillion is actually offensive spending meant to maintain American empire. That includes funding a huge 2.2 million military standing force of men and women in uniform and another 700,000 civilian employees, all busy maintaining over 800 bases overseas, fighting undeclared wars in seven or eight countries, staffing the huge Pentagon bureaucracy and all the while threatening war against Russia, China, Iran and other countries by arms build-ups along their borders.

It’s all of no benefit to anyone, including us folks here in the United States, who end up footing the staggering annual bill for all this warmongering and bullying, which always or course  has the potential of blowing up into a hot war or even a humanity-ending nuclear conflict.

So how about this: We push Congress to let President Trump take all that money and apply it to building a wall not just along the Mexican-US border but all the way around the darn country!

The advantages are obvious. Walls don’t start wars. In fact, as the saying goes, “Good walls make good neighbors,” and we want good neighbors. But more importantly, money spent on building walls can’t be spent on dangerous and destabilizing first-strike weapons like nuclear-tipped, super accurate intercontinental missiles, a destabilizing new Space Force, a new hypersonic nuclear cruise missile arms race, the maintaining of a global network of military bases, a fleet of 15 super expensive nuclear aircraft carrier battle groups, a $1.5-trillion F-35 stealth plane program that is actually a first-strike nuclear bomber force, a new first-strike stealth bomber to replace the aging B-2 and B-52, and a $1.5-trillion “modernization” of the US nuclear arsenal.  (Think for a minute what good a stealth bomber would be as a retaliatory weapon after a nuclear missile exchange had already destroyed both the US and an adversary nation. There’d be no more functioning radar in any country.)

No, the main army we’d need if we were just building walls around the country would be Seabee and Army Corps of Engineer troops trained in constructing earthen, steel and concrete structures, not blowing things up and killing people.  Think of all the unemployed construction workers, contractors, miners, heavy equipment operators, carpenters and steelworkers who’d be signing up for the mission of a lifetime.  That’s an army that doesn’t produce a massive population of maimed, psychologically damaged and frustrated veterans, or a lot of dead people, foreign and domestic either,

And think of what a wall around the United States could do!  Mexico, by now, would probably be just as happy to have this Latino-loathing nation walled of for once and all.  With all that money we could make it really high and thick, too. Too high for ladders. (Of course we’d need doors — with all that need for labor to build the walls, we’ll probably need to let Mexican’s and Central Americans in to help with the construction work!

Up in Canada, meanwhile, they might grumble a bit at first, particularly about the shadow that such a wall, with the sun so much lower on the horizon up there,  would cast onto the adjacent landscape, especially in winter. But they’d get used to it in time and would before long realize that they could repurpose it for keeping US migrants out of their country, first as we flood over to buy their cheaper medicine, and than later, as global heating really starts to destroy agriculture in the US and as the US economy, boxed in by walls, starts collapsing as we desperate Americans try to push north to cooler climes.  At that point,  anxious Canadians might even volunteer to take over the maintenance of the wall — something Trump has not succeeded in convincing or bullying the Mexicans into agreeing to do.

But building walls on the northern and southern US border isn’t where the big money will be spent. No, that will happen along the coasts — the Eastern Seaboard from Maine down to the Florida Keys, the whole West Coast, and of course the Gulf Coast from the southern tip of Florida around to the southern tip of Texas at mouth of the Rio Grande.

A wall along the three coastlines of the US would actually be a gigantic, incomprehensibly costly dike, like what they have in Holland on the North Sea coastline and on both sides of the Rhine River as it flows through the country some 30 feet above the level of the ground, but incomprehensively bigger.  We’d have to do the same thing with much bigger levees along the lower Mississippi, the Columbia River, the Hudson River, and myriad smaller streams leading to the sea, and along all the coastlines, to keep out rising seas resulting to no small degree from the Trump administration’s willful effort to prevent any efforts to reduce US carbon emissions, and to undo those measures already put in place by earlier administrations.

So there’s a poetic beauty here. Trump can win huge points with his supporters by building his wall all around America — a wall which he can claim is protecting Americans from the “rapists, drug smugglers and murderers,” as well as those “disease-ridden, job stealing, sharia-law promoting, dark-skinned hordes” he keeps warning his fearful white backers are trying to “invade and destroy our country.” At the same time he will be, even if unintentionally, preparing the country for the real armageddon that is coming as a result of the melting of the ice sheets and glaciers at the two poles that he has helped to hasten.

Meanwhile, the US and the entire world will be safer because the US — the prime purveyor of violence and chaos in the world for decades — will be preoccupied with the most massive construction project in the history of mankind, walling in the world’s “exceptional nation.”

Instead of Reagan’s “City on a Hill,” we’ll be Trump’s “City Behind a Wall.”

I’m all for this “peace transition” plan.  A county caught up in building a wall not only cannot continue to spend any money on building and maintaining a global empire. In fact, with work going on all around the country’s perimeter constructing a wall, the whole mentality of the nation will settle into a comfortable isolationism.  We can plunk some anti-missile and anti-ship  rocket and cannon emplacements at spots along the top of the wall if people are still worried about some future attack. Who cares? That would actually be defensive spending for a change — something we have not had since the start of the Cold War. I say, if some nervous nellies want it, go for it.

But by and large, I would guess that a wall preoccupation would keep people feeling both snug and securely employed. Talk about your national jobs program!

So let’s go for it, Donald. Build that wall!

Americans Need a Say in How Far the US is Going to Go in Backing Ukraine!
Russian president Vladimir Putin is playing a dangerous game by making threats to use ‘small’ so-called theater nuclear weapons with explosive power just a fraction of the power of…
All Dave LIndorff's Posts