News judgment being what it is these days, the corporate media gave more publicity to the Casey Anthony trial than they did to “The High Costs of Wrongful Incarceration,” a report by the Better Government Association and the Center on Wrongful Convictions about the practice of locking up innocent people in Illinois.

Which is undeniable. The BGA did the math on 85 wrongful convictions in Illinois between 1985 and 2010, and found that it cost the state $214 million to incarcerate and compensate the exonerated, while it cost the exonerated 926 years in prison. Meanwhile the actual criminals were on the street committing 14 more murders, 11 more sexual assaults, 10 more kidnappings and 62 other felonies, plus at least 35 murders, 11 rapes and two murder-rapes that remain unsolved.

Shortly before the BGA report was issued in the middle of June, the Supreme Court ruled in Connick v. Thompson that the district attorney of New Orleans had no obligation to “train” his prosecutors not to hide exculpatory evidence, thus overturning a jury award of $14 million for an innocent man who spent 18 years in prison, most of them on death row. So it would be fair to say that the Supreme Court thinks the remedy for the high cost of incarcerating the innocent is disincentivizing defense attorneys, who won’t get paid for years of legal work proving prosecutors wrong.

“With this ruling,” said the New York Times in an editorial, “the court made it even more likely that innocent people will be railroaded by untrained prosecutors–with the terrible prospect of their being put to death for crimes they did not commit.”

Indeed, training. Lets mandate a lecture on ethics at some point in law school and remind everyone that God didn’t leave a lot of wiggle room in the ninth commandment. Bearing false witness against your neighbor is wrong, and that’s all there is to it, even for prosecutors. Then maybe put a question on the bar exam. “True or false: If lying makes me look good, it’s okay that somebody who hasn’t done anything is put to death by the state.” 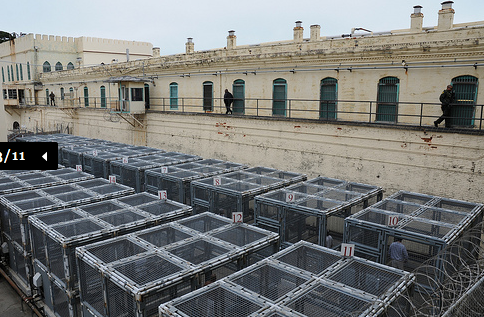 The Supreme Court has, however, ruled that neither training in the ninth commandment for prosecutors nor financial compensation for victims is obligatory. And the DA of New Orleans, Harry Connick Sr., is clearly offended by the notion that he is in any way bound by the Bible or the code of ethics that supposedly directs prosecutors to seek and reveal the truth, and not just go for convictions. Illinois, a state that can’t scrape two nickels together, doesn’t even care about the $214 million it spent to incarcerate 85 innocent people.

Furthermore, there is nothing unique about prosecutors in New Orleans and Illinois. One could reasonably extrapolate hundreds of prosecutors around the country lying to reach their quota of incarcerations, and thousands more who are aware of the situation and saying nothing. Why should they? The Supreme Court itself has ruled that making stuff up is no problem when prosecutors do it.

Fortunately, the United States has three branches of government and all those checks and balances designed to prevent one branch from getting out of hand. Since the judicial branch of government is deeply corrupt, the other two branches must step up and rectify the situation.

For the legislative branch, I would recommend that Congress pass a law revoking prosecutorial immunity. As it is, prosecutors can do anything they want in the course of trying somebody and suffer no consequences. As it should be, prosecutors who lie should themselves be prosecuted for perjury. If an innocent person goes to prison for ten years when the prosecutor is withholding exculpatory evidence, the prosecutor should do ten years. If an innocent person gets executed, the prosecutor should get executed. Is this harsh? Yes, but most Americans agree that the death penalty is appropriate for murder. What is more heinous than murder by the state?

For the executive branch, I note that President Obama is in charge of the Justice Department. He can order them to do anything he wants. What he should do, in my opinion, is tell the Justice Department to bring a RICO suit against the rest of law enforcement in the United States. RICO stands for Racketeer Influenced and Corrupt Organizations Act, which was designed to go after organized crime like the Hell’s Angels and Gambino crime family. I’m not a lawyer, but it seems to me that law enforcement is organized, and it’s out there committing crimes every day, like bribery, fraud, obstruction of justice, assault, slavery, kidnapping, murder and, in all likelihood, wiretapping for Rupert Murdoch. Indict them all, I say, from the Chief Justice on down to the cop on the beat. Then seize all their assets and pay off the national debt. If not them, who? If not now, when?

Again, this may seem harsh. But I think President Obama will see the political wisdom in locking up every corrupt prosecutor in Illinois, at least. It is his home state, and he did teach constitutional law at the University of Chicago. As I write, his former students are out there locking up innocent people. The president’s reputation is on the line, and the Better Government Association is watching.