This article originally appeared on the website of PressTV

Imagine for a moment what would happen if former President George W. Bush were to give an interview on television and declare that his invasion of Iraq, and the ensuing nine years of death and mayhem that resulted from that war, had been the wrong thing to do. Imagine if he were to say of that decision, “Mistakes were made.”

Well, something equally momentous happened yesterday when Sanford I. Weill, the former CEO of Citigroup back when it was the nation’s largest bank, announced in an interview on the cable network CNBC, that banks should never have been permitted to merge with insurance companies and investment banks. Discussing the financial crisis that continues to wreak havoc in the US and the global economy, he said, “What we should probably do is go and split up investment from banking. Have banks do something that’s not going to risk the taxpayer dollars, that’s not going to be too big to fail.”

Incredibly, this shocking comment, surely as big as Bush announcing that he was wrong to invade Iraq, was buried on the business page in the New York Times. Many other major newpapers, including the Philadelphia Inquirer, didn’t even run the story!

Sanford Weill, it must be recalled, was the Wall Street financier who pushed the government to the wall to get banks deregulated, and to end the Depression-era law, called Glass-Steagall, that since 1933 had barred them from engaging in investment banking and in dealing in insurance. 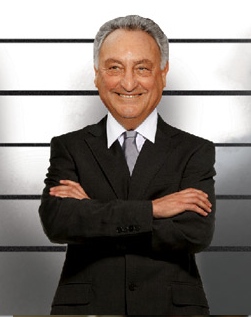 Leading bankster Sanford Weill, who led charge to convert banks into criminal syndicates, now says it was a 'mistake'

As principle shareholder and head of Travelers Group, an insurance company and brokerage he had acquired for less than $5 billion, Weill thumbed his nose at the law and arranged a merger with Citicorp, in which the big bank bought the Travelers Group for $72 billion. The merger, while making Weill a very rich man, was a blatant violation of the law, but Weill and Citicorp CEO John S. Reed didn’t care. They pushed the deal through and essentially dared the Securities and Exchange Commission and the Justice Department to stop them. The SEC and Justice Department, as well as Congress and the president at the time, who was Bill Clinton, were “rolled” (or bankrolled) by Weill and Reed, who together hired former Republican President Gerald Ford and Former Clinton Treasury Secretary Robert Rubin to lobby for the repeal of Glass-Steagal, which happened in 1999. There followed a wave over the next decade of ever bigger mergers between banks and investment banks, and not coincidentally a decade of increasingly wild gambling by bankers who played with dodgy derivatives and with other people’s money.

People like Weill became rich beyond human imagining, as enormous bubbles were created, first in the start-up technology industry where gambling on initial public offerings of stock in companies that had no appreciable sales or profits to show (remember the dot.com boom and bust, featuring the epic collapses of Enron and Worldcom?), and then in residential and commercial property. It was all designed to enrich the executives at these unregulated banking giants, who then would leave their posts, if possible, before the inevitable crash and collapse.

Weill did that handily. In 2005, after he had left Citicorp, he was ranked 72nd among Forbes magazine’s list of the world’s richest people.

Some journalists are writing that it is “ironic” that Weill would now be calling the elimination of the barrier between banks and investment banks and other financial industries a “mistake.”

It may be something else though–something more calculated than ironic: a case of the architect of the biggest theft in the history of mankind trying to play the repentant sinner and get away before an increasingly desperate and angry public starts to call the criminals to account.

The American public, in particular, is slow to explode. Years of meaningless elections and deliberately dumbed-down news and dumbed-down campaign debates have left most people feeling helpless and powerless politically. Where Greeks and Spaniards and even the French are quick to take to the streets in huge numbers to protest against government outrages, Americans are more apt to sign an internet petition and then turn on the TV to escape from the harsh reality of shrinking paychecks and shrinking home values.

But the continuing recession, which has left nearly one-in-five Americans still jobless or underemployed after six years of an unrelenting economic collapse, and which has erased some $7 trillion in home equity from family balance sheets, is finally starting to light a fire, especially amid growing concern that the country could be heading for another economic slide, and a new rise in unemployment numbers.

Calls for bankers to be arrested and punished are starting to be heard, and even though the newsmedia don’t say much about the arrest of bankers in Iceland and Ireland, word of those countries’ moves to prosecute criminal bankers is spreading.

The lastest scandal, involving the conspiracy among the big US and European banks to artificially manipulate the setting of LIBOR, the interest rate that is a benchmark for many if not most mortgages and other loans with floating interest rates, has made people even angrier and has widened the list of targets of that anger to include the politicians and bank regulators — Democrat and Republican — who knew of the bankster fraud and either encouraged it or did nothing to stop it.

At a time when people are talking about putting bankers in jail, Weill’s mea culpa on CNBC may have been not ironic, but rather a deliberate attempt to try and remove the target from his own back.

He shouldn’t get away with it. It should stay there.