She sat at the front table at Papa Cristo’s, the Greek place at Pico and Normandie in the so-called Byzantine-Latino Quarter. Across the street from St. Sofia’s Greek Orthodox Cathedral and St. Thomas the Apostle Catholic Church, or, more appropriately considering that masses come with mariachis, Iglesia Santo Tomas Apostol.

“This is excellent!” she said, and, really, it was amazing she could say anything at all, let alone in a clear, commanding voice. The withered and dry autumn leaves on the sycamore trees in the neighborhood were stronger. This was, to be indelicate, a corpse that hadn’t gotten around to officially dying. Stick limbs, prune skin, sunken cheeks. Talk about frailty, thy name is woman. . .

“Okay, Babe,” said her companion, a young guy with brown curls pulled back in a pony tail. “I’ve got you.” And he steadied her as he removed her walker, and then helped her ease into a wooden chair at one of Papa Cristo’s wobbly tables. She didn’t seem comfortable.

“Does your butt hurt?” said her companion.

What butt, I wondered. Nothing there but bones. 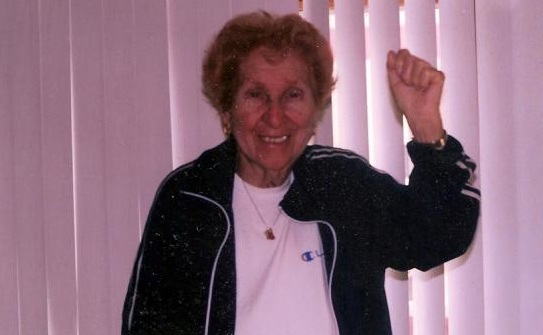 “Okay, we’ll get you another chair. One with a cushion on it. Is that what you want? Or do you just want to sit at a different table?”

“Whatever you want is absolutely fine,” said her companion, and they moved to the table by the window, the one next to me. The guy with the curls ran outside, came back with a pillow, slipped it under the talking skeleton.

Curls got up to order food, and in a few minutes he was wolfing down a salad and they were splitting a big bowl of lentil soup. The woman repeated “Excellent” every couple of minutes. I thought this was a tremendous achievement, to speak the word, over and over, and with gusto.

After a while, Curls—who addressed her as Grandma—got up to go to the bathroom or something. The old lady just sat there, putting the blank in blank stare.

She looked at me. I was startled. There were lyrical blue eyes hiding in the ancient face.

“Well, good. You have a good grandson, to bring you to lunch.”

“Yes! A blessing! You know, I’m very, very old,” she said, as if letting me in on a secret. “I’ve been here so long. And I have a lot of problems, but I won’t tell you what they are. I’ve been here a long time. I don’t know why they keep me around! I’m a good girl, but I used to give ‘em hell! I tell my family, don’t say goodbye. I don’t say goodbye. I say hello! I greet people!”

“Well, that’s wonderful. That’s how it should be.”

Grandson returned, sat down. I smiled.

“She said she greets people, likes to say ‘hello.’”

“Right,” he said. “People should do this. I think of it as recognizing their humanity.”

“I say hello!” Grandma continued. “I don’t want anybody paying any attention when I die. I don’t say goodbye! I’ve been here so long.”

“Congratulations. That’s an achievement. I hope to match it some day.”

“Thank you! I used to raise hell! I was pissed off! I was a communist socialist! I called everyone ‘comrade.’ I said, ‘hello, comrade!’”

“She did. She fought for a lot of causes. She went to the South in the ‘60’s to register voters, during the civil rights movement. She worked in hospice care, she’s been all over the country, protesting for people’s rights. She’s been arrested many times. I was raised in a communist socialist household!”

“I prefer to say humanist. I’m really a humanist. As she is. We were going to go to the anti-nuclear protest today, weren’t we?”

“But she really wasn’t up for it.”

I was going to say something about how there was a time in this country, largely in the Depressed 1930’s, when every student and young person with an ounce of compassion either attended, or was tempted to attend, communist meetings. That the word did not carry the hoodoo of later times, and essentially meant “humanitarian.” But I couldn’t get a word in.

Her grandson got on a cell phone, as most everyone does. Some creative confusion with a fellow musician. I spoke to keep Esther company, but she did most of the talking.

“I say don’t hold back! Live! You’ve only got so many years. We’re all gonna die. I say if you’ve got something to do, I hope you are inspired! And then it’s so long, Toots!”

Her blue eyes and her voice were as lively as the rest of her bent old body wasn’t. And we jawed a while, Esther and me, there in the front window of Papa Cristo’s, while all manner of people filed in and out in search of spanakopitas and plaki and good cheap Greek wine.

“My grandson is a genius! He’s wonderful! He’s my buddy!”

“She saved me,” said Curls, clicking off his cell phone. “Saved me from my parents, didn’t you, Babe? Not that my parents were bad or abusive, but when I went to visit Grandma, it was fun time!”

And Esther the 93-year-old communist-socialist-crusader for human rights got up to leave, and told me how it was good to talk to me, but she broke her credo and said goodbye. In her way.

“So long, Toots!” she smiled, and leaned on her walker and moved her twig legs along with surprising agility down the sidewalk outside, as bicyclists and ladies with strollers weaved and dodged around her.

About an hour later, I was sitting on a bench in Little Tokyo, as the sun went down, having my dessert of imagawayaki, a Japanese hockey-puck sized pancake full of sweet red bean paste. A burly guy from Detroit, a Little Tokyo regular, sat a few yards away, playing shamisen, a three-stringed instrument plucked with a plectrum, with banjo-like resonance.

A compact, older Japanese-American lady with beautiful, straight, shoulder-length white hair sat down on the bench with me. She was also eating imagawayaki.

“Do you want a happy answer or a truthful one?” I answered.

“Well, he’s very good, very skilled. But sometimes he plays a kind of rock ‘n’ roll shamisen, which I think sounds boorish, and does not serve the instrument. He kind of ugly-Americanizes it.”

“Are you a musician?” I asked.

She took a bite of her imagawayaki.

“My husband died two years ago. I had a B.A. in music. God has given me a long life, so I decide to make music again.”

“Lovely. I can’t think of a better thing to do with one’s time than to make music.”

Her face was gentle, her voice clear and matter-of-fact, her skin still smooth. She wore a merry, multi-colored quilted jacket, black slacks.

“I am celebrating my birthday week,” she said.

I tried to pronounce the Japanese word for “congratulations,” which I picked up from a Japanese TV series. She smiled appreciatively.

“Of course you are!”

“Thank you. I just came from a little restaurant where I had a birthday dinner. Bratwurst and a tall dark beer.”

She smiled, and stood up.

RIP RENSE is a Los Angeles writer. Most of his work is available at RipRense.com. He graciously made this article available to ThisCantBeHappening!, the new uncompromising four-time Project Censored Award-winning online alternative newspaper.