What will we do when the gates go up?

Here is the dream: Consumers with money. A virtual middle class.
Cash and stuff. Jobs and cash. Benefits! Security.

Is there any way out?

Is it too late?
The lights go out. Nobody can find the switch.
Something as simple as a light switch and everything shifts.
Panic.

Dreams are amazing.
Everyone has the same dream. Think of that.

By linear time we have already reached the end.

What kind of history are we weaving?

If you ask the weather man,
After you have plied him with a few more drinks,
He will say,
We are making it easy for him. . .

Something about creation and prediction converging
In an open-ended season of 500-year storms.

The rivers, amnesiac,
Recovering from Irene,
Have conveniently forgotten
How they consumed their beds,
Swept gentle farms away,
Pushed huge trees to the brink
Of hydroelectric dams.

In the waterfalls I sometimes hear
The caterwauling and moaning and pining of the wild beasts.

When the gates went up
In malls across Turtle Island,
Consumers flooded through,
Tore into sales racks and displays. . .
But they weren’t buying.
They were just mad. 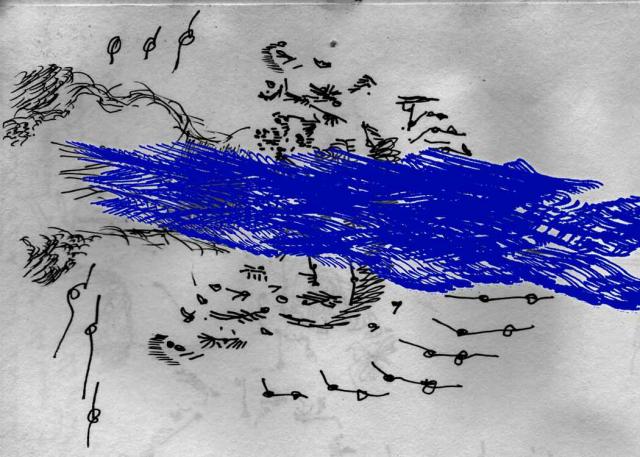