The New York Times and Washington Post, the nation’s two top national newspapers, have been breathlessly reporting of late, with little sign of any appropriate journalistic skepticism, on a purported massive and successful Russian conspiracy to throw the US election to their “favored” candidate, Donald Trump. But the Chicago Tribune has weighed in with a more measured piece, suggesting that while the CIA, a particularly secretive and politically driven organization, may be making that claim, the FBI is not convinced.

While even the Tribune sometimes ignores inserting the requisite “alleged” that should precede any reference to unproven claims that Russia is behind the hacking of the Democratic Party’s (and the Republican Party’s) email server, the paper does also note that Democrats in particular are “frustrated” by the “murky nature” of the FBI’s analysis, with outgoing Senate Minority Leader Harry Reid (D-Nev.), calling on FBI Director James Comey to resign.

The reason for the Democrats’ frustration is also made clear. As the Tribune reports:

With so much of the evidence about Russia’s alleged role in the election shrouded in secrecy because of strict classification rules, Democrats and Republicans in Washington who have access to the underlying intelligence say they have struggled to make their respective cases, leaving an already deeply divided public convinced that both sides are shading their conclusions to help the candidate they backed on Election Day.

The reality is that the CIA has presented no hard evidence that Russia is behind the hacking of the DNC’s or or Clinton’s private home server. The excuse is given that the Agency doesn’t want to disclose any of its sources, so the reader is left with the pathetic plea, from both the Agency and the White House: “Trust us.” 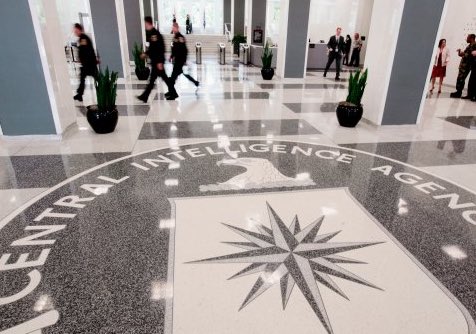 But why would anyone trust the CIA or the White House on anything? We’re talking about an agency and a Executive Branch that between them are known to have lied (during the GW Bush years) about anthrax labs in Saddam Hussein’s Iraq, lied about what were actually just irrigation-grade aluminum tubes imported to make short-range rockets being evidence of high-grade cast-aluminum uranium-purifying centrifuge parts, lied about Iran’s links to Al Qaeda, and (during the Obama years) lied about Syria’s government using Sarin gas on its own people in Damascus, lied about the details of the killing of Osama Bin Laden, lied about the role of a murderous CIA agent captured by Pakistani police while posing as a US consular employee, lied about the extent of National Security Agency Spying both at home and abroad, and lied about Russia invading Ukraine and shooting down a civilian Malaysian jumbo jet.

If one were to take a moment and think about what is being alleged here by Democrats — that a national presidential election was successfully subverted by the releasing of hacked emails showing major corruption and malfeasance by the Democratic Party leadership in undermining the fairness of the party’s presidential primary to benefit one candidate — Hillary Clinton — and to destroy the candidacy of her opponent Bernie Sanders — it should lead to one of two alternative conclusions.

Either the Russians did Americans a favor, by exposing the epic corruption of one of their two major parties and one of the candidates seeking to become president — something that a more independent and aggressive domestic media would have and should have done on their own, if not by hacking then by paying attention to, instead of ignoring and blacking out, what frustrated insiders were saying (like DNC Vice Chair Tulsi Gabbard, the Democratic congresswoman from Hawaii who quit in disgust saying the DNC was undermining the primaries on behalf of Clinton’s campaign). Or alternatively, we’re being told that our 240-year-old democracy is so shriveled and weak that an outside government can easily undermine it and manipulate the outcome as if we were some corrupt and fragile banana republic.

Either conclusion is rather pathetic and depressing to contemplate.

Meanwhile, the media feeding frenzy over unsubstantiated claims over Russian subversion of our last election ignores the reality that this kind of thing is something the US has been doing abroad at least since the end of World War II and the onset of the Cold War. Not content to just undermine elections through dirty tricks, fake news and secret payments in Europe, Latin America, later in Eastern Europe and Russia, and in Asia, the US has also fomented countless coups to overthrow or attempt to overthrow existing elected governments, most recently in Honduras, Ukraine, Venezuela and Brazil, and so has no grounds to complain by claiming that the Russians were allegedly doing the same thing here.

On the other hand, if the Democratic Party leadership had kept its hand off the scale during the primaries, and had not made such heavy-handed efforts to get major news organizations like the Times, MSNBC, the Daily News, Post and others to help it undermine Bernie Sanders, Sanders would have won both the party’s nomination and the presidency, and probably the Congress also into the bargain, and we wouldn’t be looking at a looming Trump presidency and Republican Congress.

Not only that, but with a genuinely popular candidate running for president in both parties (like it or not Trump was wildly popular among a significant segment of the population), no Russian propaganda campaign would have had a prayer of impacting voter opinion or the results of the voting.

If indeed there really was a Russian effort to swing this recent election, it could only have succeeded in a situation where the electorate was disgusted by its choices and was voting negatively for a lesser evil. And that situation only could arise where the two major parties were so corrupted that they were trying desperately to keep genuinely popular candidates from winning the nomination.

In fact that is what happened. The Republican leadership tried mightily to keep Donald Trump, a loose cannon who has disavowed many basic and long-held Republican principles, such as backing US empire and Israel, supporting any and all trade agreements, and viewing Russia as an existential enemy, from winning their party’s nomination. They failed, but not for lack of trying. The Democratic leadership tried everything, too, to prevent insurgent self-described “socialist” candidate Sanders from winning the nomination, and thanks to underhanded manipulation of the primaries, corrupt meddling in media coverage of Sanders, an anti-democratic voting block of locked-in “super delegates,” committed to backing Clinton whatever the result of the primaries, and some crooked efforts to depress voting in key primary states including New York and California, they succeeded in throwing the nomination to Clinton. She of course was doomed, by their very ham-handed interference in the primaries, to go on to lose the general election.

That corrupt fiasco has left Democratic Party leadership hacks and their backers in the corporate media with nothing to do but find a scapegoat for their disastrous performance, hence the fake “Russia-did-it” claims.

It’s a sad commentary on the pathetic decline of democracy in the United States, but is also a clarion call for a rebirth of grassroots democratic resurgence.

If there’s a bright spot in the new situation, it’s that progressives, socialists, radicals and disaffected citizens of all kinds now should have a clear understanding of how corrupt the Democratic Party really is.

One of two things must happen. That party must be completely swept clean of the hacks, frauds, crooks, compromisers and charlatans who populate its leadership and who hold most of the elected posts remaining in Democratic hands in Congress. Alternatively, the Democratic Party must be abandoned as unsalvageable, with progressive forces, from labor organizations, advocates of the poor and elderly, environmental activists, human rights and peace groups, women’s rights and minority rights organizations, civil libertarians and others rallying both to create something new to replace it, and organizing in the street to resist the new Trump government.

Any new left party needs to abandon the fraudulent tactics of so-called “identity politics,” in which a basically pro-corporate Democratic Party has sought to appease and cajole support for its corporatist candidates and agenda by catering to individual issues of various groups leaning its way by default. Instead, the really big issues need to be tackled head on: expanding Social Security, making Medicare universal for everyone of all ages, restoring genuine progressive taxation on the wealthy, ending foreign wars, closing overseas bases and slashing the military, obeying international law (including treaties with sovereign Native American nations), making public college free to all, nationalizing support for primary and secondary education so that all communities have well-funded, quality public schools, declaring a national mobilization to quickly end reliance upon fossil fuels to combat climate change, and creating jobs for everyone through a massive public spending program on job training and infrastructure repair and modernization.

These and other ideas are things that most Americans can and would get behind, not simply efforts to pander to various specific interest groups.

Do this and the Russians — assuming they even have been trying to manipulate our elections — wouldn’t have a chance of influencing anyone.