A month before the police union in San Francisco sent a blistering letter to NFL officials recently demanding that the professional football league apologize for the “ill-advised” criticisms of police by San Francisco 49ers quarterback Colin Kaepernick that union was the target of scathing criticism for supporting police misconduct.

That criticism of the San Francisco Police Officers’ Association came in a report from a panel that conducted a yearlong investigation into policemen in that city caught sending racist, sexist and homophobic text messages. One member of that blue ribbon panel, a retired judge, blasted the police union for having established an “ugly” tone that infected the entire police department.

The same San Francisco police union that has lambasted civilians for not cooperating with police to solve crimes had directed its members to stiff-arm that panel through refusal to cooperate in the text message investigation. That racist texting scandal has produced the dismissal of over a dozen criminal cases and a reinvestigation of thousands of other cases for possible bias by those texting cops. 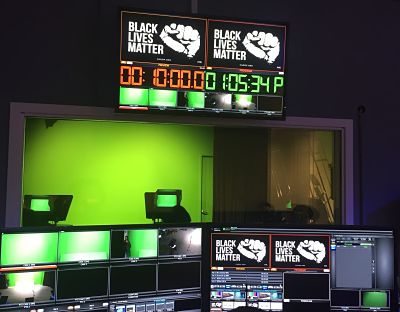 Salient facts about the sordid history of abusive policing in San Francisco are generally missing from most of the fevered reactions in the news media over Kaepernick’s actions around America’s national anthem.

Three months before Colin Kaepernick’s late August decision not to stand for the national anthem in protest of police brutality and other racism in American society San Francisco’s police chief was forced to resign due to a series of fatal shootings by police under questionable circumstances. One fatal shooting, of a black woman, occurred hours before the chief’s resignation.

Those fatal shootings and a litany of other police abuses in San Francisco had triggered regular protests. This opposition to abusive policing even included a April 2016 hunger strike by protestors outside of a police station demanding the resignation of the city’s police chief and mayor. The chief’s resignation came weeks after the onset of that hunger strike by a five-person group that included a 66-year-old grandmother and pre-school operator who feared danger to her grandson from police.

The media failure to contextualize Kaepernick’s complaint about “bodies in the street…and…people getting away with murder” is a prime example of one festering critique of media coverage: text without context is pretext.

The four San Francisco officers who fatally shot Alex Nieto on March 21, 2014, in a barrage of 59 bullets, did not face criminal charges from prosecutors. The gunfire that killed Nieto in a park as he headed to his job included bullets fired into Nieto while he lay wounded on the ground. Nieto wore a 49ers jacket when felled by police, a counterpoint to fans that have burned Kaepernick’s jersey in protest of Kaepernick’s protest against police brutality.

Little known outside the Bay Area is the history of abuse and racism within San Francisco’s police force – the very misconduct driving the complaints of Kaepernick.

A February 1969 editorial in a black owned San Francisco newspaper decried a 25-year failure of officials and residents to assist the “hundreds of nameless black citizens who have been brutalized by a sadistic police department.”

In November 1978 – twenty years before that Human Rights Watch report – the NAACP civil rights organization in San Francisco blasted “a pattern” of brutality by San Francisco police and discriminatory employment practices within that city’s police department.

Police brutality is the ‘problem’ not the protest of Colin Kaepernick.

Colin Kaepernick continues a coalmine canary tradition warning about toxicity that American society has sidestepped for far too long.