Wichita — One of four Wichita museums is facing a $100,000 cutback in funding which may force its closure.  It is called “Cowtown,” a tribute to the glory days of white settler expansion and of cattle.  A distant cry is heard from the editorial board of the city’s single daily newspaper, the Wichita Eagle, which ran an opinion piece by Peter Brownlee, titled: “Why pick on Cowtown?”

The public money slashed from the museum’s budget is less than that that was paid during this election cycle as seed money by the Koch billionaires to the state Chamber of Commerce to legally buy the Kansas state government.

Those little $500 to $1000 checks forwarded by the C of C to Kansas lawmakers’ campaigns, tossed to PACs and lobbyists, and sown each year as brome seed across the tiny Topeka state house, make a better “deal.”

Common thinking in these parts goes that if after 50 years, a museum like Cowtown cannot “make a profit” — the motivation for all human culture and history here in Kansas, and probably everywhere in the US of A — then it must close, and culture and history be damned. 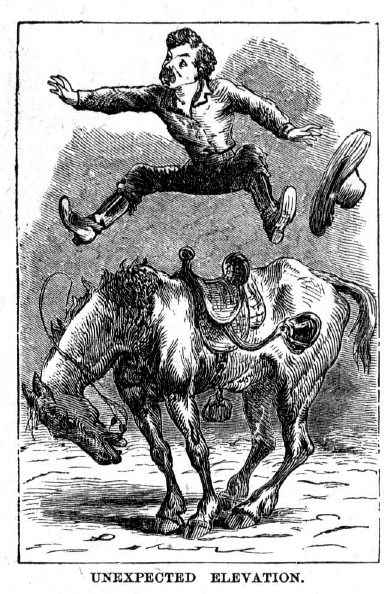 A substantial number of the elites in Wichita would prefer all the common folk to forget the old “wild west” days, and instead to focus on important things like keepingfluoride out of the water, and keeping as many people as possible legally armed as against each other.  Better to keep Wichita’s teeming humanity a befuddled herd.. That makes it easierr to ride rough shod as roustabout, pointing the bought-and-paid state politicians’ noses toward the limitless horizon of individual wealth each election year.

So the Cowtown museum must go, lest the Wichita majority of “minorities” learn of the early days of democratic “mob justice” and of the current elites’ ancestral days, when whore houses, cattle herds, railroad spurs, whiskey rivers, gunplay and a general state of anarchy was the norm. The public relation firms have determined that contemporary Wichita fares better with a “profit-at-all-cost” ideology where a white middle-class Jesus Christ, armed with an assault rifle, proclaims control over the “free market-.”  Kansans of the herd mentality are best left dull-witted and ignorant of ethereal matters like off-shore tax havens, armies of tax-shelter lawyers, tax-deductible political “charities” and secretive annual government oil subsidy checks.

Whatever political roustabout leads Kansans matters not  to the top 1% so long as their Judas goat leads reliably from prairie to the fattening feedlot, ever onward to the environmental slaughter house.

These days, the “profit-at-all-cost” crowd is dispensing a particular cultural message that favors the sound of the bullwhip’s crack over the taxpayers to spoiling them with things like universal health care, food stamps or artfilled niceties like the Cowtown Museum.

It is fashionable today among the Big Thinkers in Wichita and Topeka to not spoil the herd, but to instead drive them quickly to “market.”

The deficit at the Cowtown museum pales in comparison to the tens of millions of dollars donated by David Koch to build a wing at the distant New York Metropolitan Museum of Art.  I suspect that the Koch family has tens of thousands of acres of land sublet from the Flint Hills south to Texas, which the brothers are keeping just in case the Kansas herds of humanity ever stampede.

Prairie rebel Michael Caddell lives on a farm in North Jefferson County, Kansas, where he publishes the online Fightin’ Cock Flyer, and hosts and produces the kick-ass Radio Free Kansas. He tells us this article was originally written as a comment letter in response to “Why pick on Cowtown?”, an editorial by Phillip Brownlee in the Wichita Eagle. He says his comment was initially posted and then taken down without explanation.