The activism of Forchion, often outrageous like his March 2000 stunt of smoking a marijuana joint inside the New Jersey State Assembly chamber while dressed in bold black and white stripped jailhouse garb, has drawn praise and prison terms.

Forchion’s activism has produced a few legal victories like a February 2003 federal court ruling enhancing Free Speech rights for all pot legalization advocates. That ruling also freed Forchion from a prison stint arising from his clash with NJ probation authorities over their demands that he stop publicly criticizing Drug War racism.

Forchion’s imprisonments during the past year arising from yet another pot possession conviction triggerd him to pursue perhaps his most bodacious act to date, another attempt to formally change his name, this time seeking a name change to: Just a Nigger. 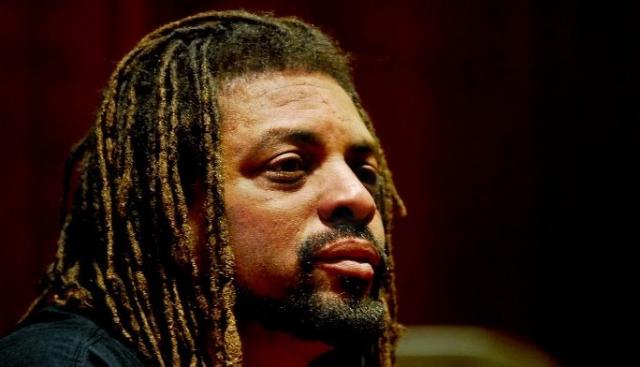 “I know this is going to make a lot of people mad. But, I’m mad at being constantly mistreated by police, prosecutors and judges,” Forchion said during an interview.

For over a decade Forchion has occasionally employed that ‘Just a Nigger’ phrase on his popular pro-pot website whenever he’s endured set-backs from his advocacy, for example when when a New Jersey judge stripped child custody rights from Forchion, calling pot prohibition opposition criminal conduct, or when NJ prosecutors reneged on plea deals that once left him languishing in prison 18-months longer than the terms of a plea deal. Perhaps the worst example was when federal agents in October 2011 smashed up Forchion’s thriving legal medical marijuana businesses in Los Angeles in a raid triggered by New Jersey prosecutors who had falsely claimed that Forchion was operating a pot-smuggling operation from California to New JerseyJ.

That NJ prosecutor-instigated DEA raid, which shut down Forchion’s lawful LA businesses led to no arrests, but it cost Forchion’s 17 employees their jobs and left him without any income. Forchion said when he moved to Los Angeles in 2008 he became a “pot capitalist,” putting aside his pot activism. Now, his business destroyed by prosecutorial misconduct, his activism has since resumed with a vengeance.

“If the authorities want to treat me this way then call me by the name that fits how you are treating me: a nigger,” Forchion said, criticizing NJ’s criminal justice system where police, prosecutors, judges and prison/probation personnel are predominately white, even in areas of the state that have large non-white populations.

Forchion readilly notes that he doesn’t want friends and allies calling him ‘Nigger’ – just the authorities that he contends have persecuted him unfairly.

“Yeah, I want them to be uncomfortable calling me that name in court. But it just shows their true colors,” said the activist whose antics have alienated more mainstream anti-pot prohibition entities like the National Organization for the Reform of Marijuana Laws and High Times Magazine. “National NORML has never helped me legally and High Times Magazine blacks me out,” Forchion said.

A 2004 court ruling evidenced the kind of unfairness Forchion claims he regularly confronts. A New Jersey judge ordered a last name change for a daughter of Forchion after that child’s mother claimed his pro-pot activism could stigmatize the girl if she retained his last name.

That name change order came two years after another NJ judge denied a legal request from Forchion to change his name to NJ Weedman.com. In that February 2002 ruling, the judge asserted that name changes are not permissible if they are bizarre, offensive, criminal or unduly long.

Many consider use of the word ‘nigger’ offensive and civil rights groups have campaigned for decades to end use of the word by racists and more recently by rap music artists.

Little known in the efforts during the past twenty years to end public use of the word ‘nigger’ is the fact that in 1920 the largest black rights organization in history, the Universal Negro Improvement Association of Marcus Garvey, included ending use of “the term “nigger” as applied to Negroes” in its Declaration of Rights of the Negro Peoples of the World.

That August 1920 Declaration also protested against blacks receiving punishments with more “severity” than whites for the same crimes. Further, that Declaration demanded “free speech” for all men – white and black.

Discriminatory enforcement of marijuana laws demonstrate the the kind of racist abuse decried in that UNIA Declaration. Across America blacks are 3.73 times more likely to be arrested for pot possession than whites despite roughly equal use of marijuana, according to a detailed ALCU report issued in June 2013.

In NJ, blacks are 2.8 times more likely than whites to be arrested for marijuana possession, according to that ACLU report. In one NJ county that has the third highest median household income of any county in America, blacks are a shocking 5.1 times more likely than whites to face pot possession arrest despite blacks accounting for just 2.6 percent of that county’s population.

“There are all these legalization and medical marijuana efforts going on around the country but few black people are involved. Yet we are the victims,” Forchion said.

New Jersey’s Republican Governor Chris Christie, a former federal prosecutor, is strongly opposed to any relaxation of pot possession penalties. However, Christie’s pot posture is out of synch with public sentiments across his state, according to results of a 2011 Rutgers-Eagleton poll that found half of Garden State residents favored elimination of all pot possession penalties.