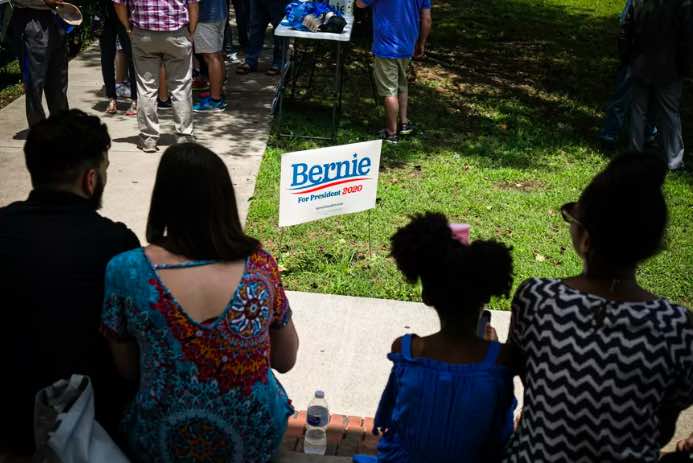 That’s got me  thinking about ‘superlative’ thoughts and how they affect us.

In specific, I’m thinking about Bernie and this unique quality that has been on display in the spectacular energy around his 2020 campaign.

I am wondering whether it is sufficient and/or if we merely have collective amnesia.  There was tremendous disappointment, in his last race in 2016, which had begun with such hopefulness generated around the idea of a big shake up, but which resulted in a depressing concession.

It had seemed then to be a time when we could do something. So many were demoralized and had rebelled, ignoring Bernie’s efforts to herd us into the Democratic Party. I, like thousands of others, voted for Jill Stein.

Do we harden ourselves with moderating reminders, as the enthusiasm grows once again?

For instance, do we this time approach the campaign and convention with caution so that we are not going all out as we did four years ago? Do we tell ourselves that “the more things change, the more they stay the same?”Does experience with disappointment help or hinder us?

Or, conversely, do we realize that the only true power is in the present? The past is prologue, perhaps, but it’s not the sole predictor. To be true to the lessons of history, we also have to leave room for the unexpected, the miraculous, the power of a shared belief  in something “whose time has come.”

Look at the battle of Midway, not just the Maginot Line, as one pundit from MSNBC bemoaned, saying, “It’s over, it’s over.” For whom, and for what, is it ever “over”? Do we have the right to be couch potato Cassandras, or do we have an obligation to participate fully in the times we live in?

It is enticing to coalesce around ideas which contain the power of the unknown. Energies are building to that same point once again. I say we would be fools to miss this moment.

Some pundits tell us that if Bernie Sanders wins South Carolina, it is game over; he will likely dominate super Tuesday and could possibly have the needed majority to become the candidate who could be victorious in November, despite the best efforts of those who stand to lose. Now that outcome seems unlikely. (Note: Sanders lost to Biden in SC by 29%, but still looks to win big on Super Tuesday.)

Lest we forget, it was collectively agreed that we could make a difference in 2016, and it was a powerful time. Our optimism was elegantly embodied in the little bird alighting on Bernie’s podium at a rally in Seattle, and in his delighted response to it. Bernie had the power. Elections can change things. Lives can improve.

So far, Bernie has not given up despite an October heart attack. He has prevailed against obstacle after obstacle: the questioning of his “electability,” an alleged glass ceiling in his support (which appears to be disproven in California if polls can be believed), bogus media attacks against his supporters, his “democratic socialist” ideology and the red-baiting attacks it has attracted, especially from billionaire capitalist Mike Bloomberg, and attacks against him personally like Hillary Clinton’s fatuous claim that “Nobody likes him.”

Do we really want to be on the naysayer side of history?

Another issue we face is the question of how much can actually be changed. Look at the massive unconscionable amounts of money pumped into the election — more than half a billion dollars in just 10 weeks spent by Bloomberg alone! — and the open plotting in the Democratic Party Establishment to block Sanders even ends the primaries with by far the most pledged delegates but not quite the number needed to win the nomination on the first ballot.

Is there a lockdown on democratic change in our current duopoly system of two capitalist parties, such that nothing will change the trajectory of this country? Are both parties too irredeemably corrupt, too far gone? Are the oligarchs and the powerful elite holding the future hostage?

A pandemic threat could prove more effective than mass shootings ever were at distracting the public. If nothing else, this overwrought issue dominates the media. How much can people focus on the existential threat of climate change that, as Bernie reminds us, we all face, if this near-term threat gets all the attention?

Bernie says he will back the Democratic candidate again (as he did with Hillary Clinton in 2016) if the primary campaign doesn’t work out as we envision, where he would lead us to a new constellation of political power. Bernie by conceding and endorsing a centrist candidate would put a ceiling on the limits to which we can aspire. That is the dark lesson of 2016: there will be no breakout third party. Bernie will act predictably and side with one of the candidates on stage with him. It’s not just his campaign that will end; the nascent Progressive Party will go down with him.

If so, I predict protests and police suppression, Bloomberg style, on a nationwide scale.

So far this campaign is holding out for the vision of an alternative reality, because there’s energy collecting again and people refusing to give over to defeatist thoughts that would cause us to diffuse our energies and scatter the positively charged beliefs that could actually manifest into something new.

We are just wondering what it’s going take.

I believe that it’s going to take our individually/collectively making the decision to continue the revolution of thinking which directly translates into helping get out the vote (GOTV): we can also donate and talk to people and do our part: make calls, etc., and all those things we can do. But I think the most important idea, the most necessary thing, is that we hold onto the line of thinking that we, by ourselves, can sustain the energy of this campaign and convert it if necessary into something new we haven’t beheld before.

Many people practice the yearly solstice ritual of Christmas which re-enacts the return of light to our world. This, even in our country which developed the atomic bomb which seemed so wonderful initially as a way to end the war, but that turned into a nightmare. Kennedy helped us dream big of going to the moon, but we are still scared into thinking that big ideas are scary.

Nevertheless, the coming of the light is a belief as perennial as the stars in our psyches.

We Americans are too easily distracted: we allow our energies to get wasted on media and technology addictions. We have let our ideals slip, not focusing on the importance to nuclear families and connected communities of good health and education. But this is correctable.

We’ve allowed ourselves in this campaign, as in 2016, to believe we are impotent. We needed a Bernie to remind us that it is a national health imperative to deny disempowerment and to return power to the people. Bernie’s campaign for me has always been about believing that we can do more than we have thought we could: by believing. His call is for the staying power of the idea that we can do better together to benefit each other.

To believe in Bernie has fused into the idea of love: we let our energy add to it whatever our energy we have each day, and we just keep persisting, day by day.It’s really a better way to live believing that we do have the wisdom as a people to know what can make a difference and to do it. FDR said courage was action in the presence of fear. Or was it grace? So we must push past the fear and make some effort to see this campaign through the next few weeks. Let’s see where we can get, shall we?

We have too much to lose if we don’t push ourselves to try. 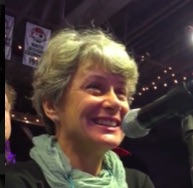 NH, and ME over the years notes that she has observed fraudulent election practices at various levels in campaigns, caucuses, elections, conventions, and in judicial oversight. She contributed this article to www.thiscantbehappening.net and is blogging for TCBH! during the primaries.