It’s all too appropriate that on the day that we celebrate the birthday of one of history’s most notable civil rights leaders, Arizona is in the national news spotlight.  Arizona,one of the last states to recognize Martin Luther King Jr’s birthday as a federal holiday only began doing in 1992.  Ironically, Arizona’s Attorney General Tom Horne, a supporter of the state’s tough new immigration laws, and author of a new ban on ethnic studies in the state’s public schools, continually cites his participation in MLK’s marches as proof that he’s not a racist.

Today , my anger over his actions, a “killing rage” that makes my heart pound, has burned itself out.  Instead, a steady determination sets in as I reflect on my disappointment over Arizona’s new legislation.  I realize that much of my anger, though directed at Tom Horne, comes from an awareness that though he may be extreme, he’s also an embodiment of most of white America, a testament to the painfully shallow understanding that most folks have about race in this country. 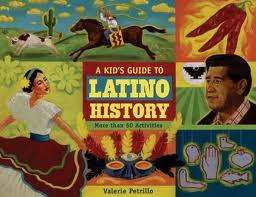 I shudder to think about the number of white folks in this country who are like that.  They know that groups for minorities exist and that it would be politically incorrect to question them, but they’re not really sure why.  And deep down inside, though they may never say it out loud, they do think it’s wrong when a minority applicant is given a position “over an equally qualified white applicant.” It’s “reverse racism” – the battle cry of white folks with only a superficial understanding of race and no concept of privilege.

Tom Horne wants to talk about race and history without talking about racism.  That’s not only impossible, but an untruth.  It’s like trying to talk about women in the workplace without talking about sexism.  A broken record, he points to MLK’s dream that “children will one day live in a nation where they will not be judged by the color of their skin, but by the content of their character.” I agree. This should be taught right alongside the “golden rule” when teaching children how to interact. And just to be complete, it should be followed with a lesson on unconscious bias and the bigotry that we all have that we’re not even aware of.  However, beyond the interpersonal level, applying this rule on a systemic basis is the equivalent of teaching kids that racism no longer exists.  It completely ignores the reality that there are systemic issues that are still exist that stack the deck against minorities.  The legacy of our forefathers–the declaration of independence, the bill of rights, and white, straight, male, class privilege–is still very much with us.

Ultimately, Horne is too insecure about his own accomplishments to admit that being white played a role; it is an inextricable part of who he is.  Professionally he’s worried that if kids of color find out the truth of our past and our present, they’ll find their voice and challenge the current system – a system that affords him both money and power.

Those classes in ethnic studies that he is banning don’t teach students how to overthrow the American government; they teach them how to make it their own.  And as Robert Jensen once pointed out, white folks are not only afraid of losing their privilege, they’re afraid of what could happen if folks of color ever got into the positions of power they now hold. “Are non-white people capable of doing to us the barbaric things we have done to them?”

Tom Horne is the epitome of “The Man.”  He refuses to recognize his privilege, calls attempts of folks of color to empower themselves racism, and uses his political power for his own thinly veiled personal agenda. Even Horne admits that this project began over a single comment that Dolores Huerta, co-founder of United Farm Workers of America, made at an assembly at the Tucson High School. “Republican’s hate Latinos,” she said.  Subsequently, he sent his own representative to make a rebuttal, but she was snubbed by some students when half way through her speech they stood, raised their fists, and turned their backs.  He’s been out for curricular blood ever since.  Notably, he has only named the Mexican-American studies program at Tucson High School as illegal.  The school’s African American, Asian, and Native American studies programs have so far been left alone.

Clearly it’s when an ethnic group stands up and takes a political stand that ethnic studies are bad. If the students just read the books and write the papers, but don’t act on what they learn, then everything’s okay.

When I see folks like Tom Horne, I find myself thinking, “If only I could make him understand what it means to be a minority! If only he thought I was credible enough to listen to.” Then I’m struck with the greatest irony of all of this: white folks won’t believe folks of color when they talk about racism. Even when it comes to describing the experience of being oppressed, white folks are the experts.

We must be steadfast.  In my own mottled slang, “Yalla, si se puede.”

JESS GUH is a third-year medical student at the University of Michigan. A student and labor activist, she also writes about race, privilege class and medical issues on her blog: guhster.weebly.com