If the danger of the anti-Putin, anti-Russian disinformation propaganda campaign out of the Pentagon and promoted by the US corporate media weren’t so serious, the effort itself might be laughable.

I did laugh, in fact, listening Wednesday night to a discussion by an NPR host with a government spokesperson about the latest propaganda effort to blame the downing of a Malaysian jumbo jet over Ukraine on July 17, 2014 on Russia. After hearing the government official, whose name I didn’t catch, say that Dutch prosecutors had found “solid evidence” that it was a “Russian-made” BUK antiaircraft missile launched from “pro-Russian” rebel held territory in Eastern Ukraine by “pro-Russian rebels,” who then “brought the missile launcher back to Russia, the NPR host asked, laughing, how the “Russian government media” were handling this story.

I laughed because the NPR host’s report was as much a blatant piece of one-sided propaganda, replete with laughing reference to Russian media, as any “Pravda” reporting from the days of the old USSR. So thoroughtly bought into his role of propagandist was this NPR host that he didn’t even realize how biased he sounded, laughing as he referred to the Russian news media. You could actually “hear” the invisible quotes he was putting around the word “news.”

I’ll leave it to the quite capable hands of veteran investigative journalist Robert Parry to eviscerate the “facts” presented by Dutch and Australian prosecutors, who as he points out in a recent article, were by their own admission relying on information provided by the Ukrainian secret service, though the Ukrainian military is really the most likely source of the missile that brought down Malaysian Flight 17 killing all 298 passengers and crew. Parry is supported in his reporting by Ray McGovern, a former senior intelligence analyst at the CIA who sometimes writes for Consortium News. 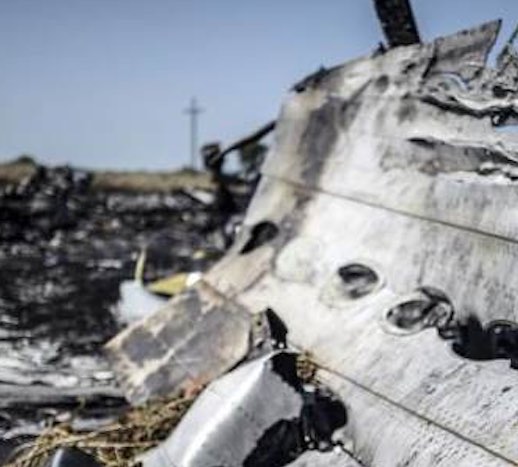 Who was really behind the downing of Malaysian Airlines Flight 17 over Ukraine?

The most obvious reason to doubt claims that Russia and Russian separatists in Ukraine were the ones responsible for the downing of Flight 17 is that neither of those parties had anything to gain (and everything to lose) by such a horrific act of terror. At the time the plane was downed, Pro-Russian separatist forces were trouncing Ukrainian military forces trying to conquer the rebellious Donbass region. The last thing they or their backer, Russia, needed was to do something that would be guaranteed to turn all of Europe against them, and hand the US government a perfect justification for providing more offensive military support to Ukraine. On the other hand, Ukraine and its military had every reason to commit such a heinous act if they thought they could pin the blame on Russia, and win more support from the US.

No reporters with the US corporate media ever raise that crucial and obvious point. (Nor do US reporters ever point out that the fact that BUK missiles were made in Russia is meaningless, since Ukraine’s military has had them since independence in 1990, and has been buying them from Russia since then too.)

Nor do US corporate journalists ever note that Russia was not only barred by the Dutch from being a party to the Dutch-led investigation into the plane’s downing, but that its repeated offers of evidence — communications intercepts, radar data and information about the the BUK missiles and missile launchers in the possession of Ukrainian military — were always flatly rejected.

This was indeed no “independent” investigation, and the prosecutors from Holland and Australia were not looking for truth. They were looking for a predetermined answer: Russia was behind this. And what a surprise! They found just that!

I’m reminded of the pathetic 9-11 Commission investigation and report on the attacks on the World Trade Center and Pentagon on Sept. 11, 2001. That Commission was lied to by the FBI and stonewalled by the Bush/Cheney administration to the point that its own co-chairs said that they were unable to do a credible investigation into the cause of the incident or even into why the entire US intelligence apparatus and the US military were unable to detect the attacks in the planning stage or to prevent them as they played out. I myself reported back in 2005 in Counterpunch magazine, based upon a source in the National Transportation Safety Administration, the unsurprising truth that the four supposedly indestructible “black boxes” of the two planes that hit the Twin Towers, said by the FBI to have never been found in the meticulously picked-through rubble, had in fact all been recovered and brought to the NTSA, but that “the FBI had taken them away.” (This source was later backed up by a second source in the NY Police Department who told me he himself saw one of the boxes found in the rubble he was helping to search through and that it was then be hauled away in a government SUV.)

The US media have been willing accomplices in covering up the truth of 9-11, and also were astonishingly remiss in never seriously investigating that epic disaster, and now they are playing the same propagandistic role in trying to demonize Russia.

What makes this new propaganda campaign so dangerous is that we are headed into an election that, Trump campaign boasts aside, is likely to be won by Hillary Clinton, a woman who as President Obama’s Secretary of State engineered, directed and funded the bloody coup in Ukraine that overthrew the elected government there and replaced it with a fascist-led government that is best described as a kleptocracy. The coup government’s first act was to launch an ethnic cleansing campaign designed to drive the Russian majority population out of the eastern more industrialized part of the country. (It was that campaign that led the generations-old Russian populations of Donetsk and Lugansk to secede from Ukraine, and the 92%-Russian Crimea to ask for Russian military protection and to be re-annexed to Russia, from which it had decades ago been ceded to the Ukrainian state (soviet) by then Soviet Union Premier Khrushchev, himself a native of Ukraine.

Clinton has made no secret of her loathing of Russia, its elected leader Vladimir Putin (whom she has publicly compared to Hitler), and its foreign policy of opposing US aggression in Syria, Ukraine and other regions. It was Clinton who has been urging the aggressive forward march of NATO membership right up to Russia’s western border and the placing of nuclear-tipped anti-missile missiles on Russia’s borders. It is also Clinton who is proposing, if she becomes president, to establish a wholly illegal “no-fly” zone in Syria — a move that would put the US in the position of trying to shoot down Russian aircraft that are legally defending the Syrian government against ISIS and Al Nusra rebels. Talk about war-mongering! Clinton, if she had her way, by pitting US pilots against Russian pilots, would be inviting World War III.

Such a policy can only happen if the American people, who polls show are sick and tired of American war-making in the Middle East and elsewhere, can be convinced that Russia is simply the Soviet Union Version 2.0. A neo-con cabal in the State Department and in the Pentagon, and most of the intelligence apparatus that is so integral to US national security planning, is trying to put the word out to the willing hacks in the corporate media, that Russia should be demonized at every opportunity, so that Clinton, a neo-con herself, can win this election, and then move forward with her plans to increase tensions with and military pressure against Russia.

Being a cynic, I think this is mostly about the military-industrial establishment pushing for more military spending, which of course requires either a bunch of small conflicts or a re-introduction of the Cold War. The danger though, is that cold wars can easily cross lines that turn them into hot wars, and the shooting down of either Russian or US planes by the other side would be one of those lines. This why the US establishing a no-fly zone in a country where Russian planes are already, at the invitation of the Syrian government, flying missions, is such an idiotic idea.

Most sentient Americans probably get that. Many are already wondering why the US isn’t helping Russia, given that Russia is actually fighting against the ISIS and al Nusra (al Qaeda) forces in Syria that are responsible for terror threats in Europe and the US, while the Pentagon and the CIA are providing arms and training to those same groups!. This is why the US government is working so assiduously through the corporate media to promote the propaganda lie that Russia is on the march, aggressively threatening US interests and US allies in the Middle East and Europe.

The faked report from prosecutors from two countries, Netherlands and Australia, currently led by right-wing parties blaming Russia for the downing of Flight 17 is just the latest, but surely not the last example of such brazen propaganda.