One man enhanced the legacy of a legend revered around the world.

Accomplishments of the other man include his involvement in a seminal court battle where the trial judge issued a pivotal ruling about racism that sparked enraged denials among authorities in that nation.

These two men made historic marks that had wide ranging impact in the countries that each adopted as their home.

While both of these men lived over 5,000-miles apart, they shared many similarities. 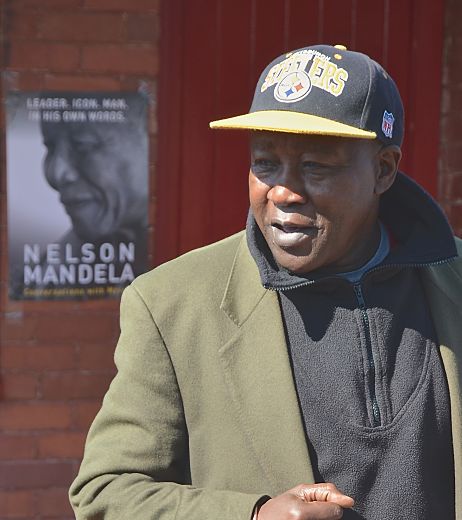 Githuka is lauded as the man who spurred creation of the now famous Mandela House Museum in Soweto, the fabled black city located south of Johannesburg. This facility is the former home of Nelson Mandela, the legendary leader credited with transforming South Africa from racist apartheid to a non-racial democracy.

That small four-room house on Vilakazi Street in Soweto’s Orlando West section is now a facility filled with artifacts and mementos commemorating the life and sacrifices of Mandela.

Much of the time Mandela spent in that house from the late 1940s until his imprisonment in the early 1960s was with his second wife, Winnie, and their two daughters. Winnie Mandela became an anti-apartheid leader and target of the then racist/apartheid South African government during then her husband’s two-decade-plus imprisonment.

The tourists from inside and outside South Africa who flock to the Mandela House Museum daily know nothing about Githuka’s role in the creation of that facility. It took Githuka two years to convince Mandela’s family to support his vision of preserving the house as a museum.

The 1997 opening of the Mandela House Museum also spurred economic development in the surrounding area with the opening of restaurants, nightclubs and other businesses.

“Ngugi was an embodiment of an exceptional storyteller and in the great African tradition of oral history he could summon the smallest detail about events, people and places,” Dr. Shenid Bhayroo said.

Bhayroo, a journalism professor at St. Joseph’s University in Philadelphia, has taken students to study in South Africa where he was born and worked as a journalist. Bhayroo said he specifically sought out Githuka for his first-time visitors because he was an “exquisite” storyteller.

Githuka, who moved to Soweto in 1994, was born in the East African country of Kenya. He spent many of his early years living in a concentration camp in Kenya, that was set up Kenya’s then colonial ruler – Great Britain. The British created the concentration camps as part of their efforts to crush the anti-colonial uprising by the Kenyan Mau Mau. (Britain also used concentration camps to crush an uprising of white farmers in its then colony of South Africa at the beginning of the 20th Century.)

Githuka obtained his undergraduate and graduate degrees from universities in America, undergrad in Tennessee and a Masters in Michigan. His studies specialized in African-American History. Those educational experiences, in a small town and urban area respectively, exposed him to the realities of racism America-style and influences of African-Americans.

Like Githuka, Darcus Howe grew up under British colonial rule, albeit on the Caribbean Island of Trinidad. His uncle was the acclaimed activist-author-scholar C.L.R. James.

Howe came to London initially to study law. But the sweep of structural racism in England soured him on a legal career path turning him to activism and later journalism. His professional endeavors included being a publisher and broadcaster.
Through his activities Howe met pivotal African-Americans like Dr. Martin Luther King Jr, Malcolm X and fellow Trinidadian Stokely Carmichael, the activist credited with popularizing the phrase Black Power in the United States.

Darcus Howe, an original member of Britain’s Black Panther Party, became a prominent figure in England in 1970 as a member of the Mangrove Nine. The Nine were black activists slapped with riot and other charges by London police in what historians say was an attempt by police to crush Britain’s Black Power Movement by imprisoning its perceived leaders. 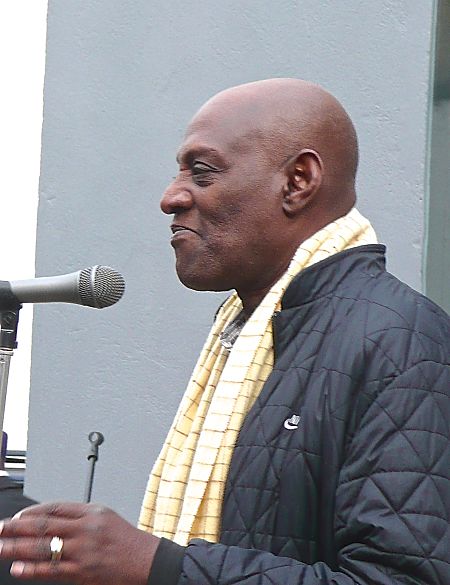 While neither Howe nor Crichlow participated in that police station protest, authorities arrested them and seven other black activists. Their trial led to a pivotal victory: acquittals on the serious riot charges and a historic finding by the trial judge – that racism infected London’s police force. British authorities, stung by the judicial finding of police racism, unsuccessfully pressured that judge to reverse his ruling.

Brutality by London police, from daily stops-&-searches to fatal encounters, sparked repeated riots in Britain’s capital city including in Howe’s community of Brixton in South London and Tottenham in North London. The 2011 riots that started in Tottenham and spread into other London communities plus over a dozen cities across England began as a reaction to a fatal police shooting of a black man in Tottenham. That riot thrust Howe back into the news.

Howe, during a live interview with a BBC anchor during the 2011 riots, refused to accept that anchor’s insistence that he castigate the young riot participants as crass criminals. Howe tried to provide context for the upheavals, citing the daily abuses by police endured by young blacks but that anchor did not want to hear Howe’s fact based account.

When Howe referenced the upheavals as an insurrection not a riot, frustrated BBC anchor Fiona Armstrong tore into Howe accusing him of taking part in “riots yourself” – a reference to the Mangrove Nine incident. Howe’s retort set Armstrong straight on his personal history (“protests but no riots”) and the history of British police abuses. Howe’s on-air retort brought embarrassment to Armstrong and a belated apology from the BBC.