With word that Pvt. Bradley Manning, the soldier suspected of being the source of most of the WikiLeaks documents on the wars in Iraq and Afghanistan and the State Department cables, has been held in intensive solitary confinement at the Marine Base brig in Quantico, VA for five months, under conditions that most of the world considers torture, it seems increasingly clear what the Obama administration’s strategy in going after WikiLeaks and its founder Julian Assange is going to be.

Assange’s lawyers have said they have learned that the Obama Justice (sic) Department has impaneled a secret federal Grand Jury in Virginia to develop charges against Assange, most likely under the hoary and antiquated 1917 Espionage Act.

Because that act has never been used against a journalist or news organization, and because it would be fairly easy for the defense to make the argument that Assange and WikiLeaks are performing a journalistic function protected by the First Amendment, legal experts say the government, to make any kind of a case, would have to prove that Assange had induced Manning to illegally turn over government documents to WikiLeaks. 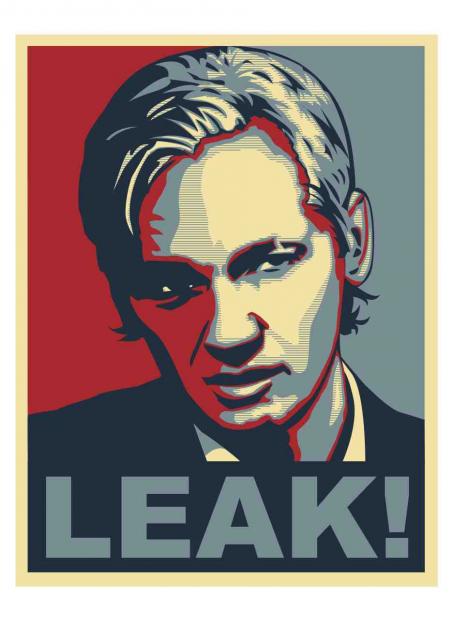 Both Assange, in public statements, and Manning, in transcripts published by the magazine Wired, have stated was no such relationship. Manning has said that he volunteered the documents out of a heartfelt whistleblower’s desire to make public evidence of what he felt were war crimes by US forces, in the case of the Iraq and Afghanistan materials. There is no reason to think that his motive and methods would have been any different with respect to the State Department cables. There was no mention of his having been sought out or encouraged in his alleged activity by WikiLeaks, which only provided the vehicle for making any leaks public.

But with Manning having been held in solitary confinement now for more than seven months–first in a brig in Kuwait and now at Quantico–under conditions that are reminiscent of those that were used against alleged “dirty bomb” wannabe Jose Padilla, which drove him certifiably insane–it seems obvious what the government is up to.

Convicting Pvt. Manning on a charge of disclosing government secrets, stealing government documents, or even of treason, would be child’s play in a court martial setting, where the jury would be composed of uniformed officers. Furthermore, it would not be much of a big deal, convicting a private of stealing and revealing government documents. But taking down WikiLeaks, and convicting Assange, who has been embarrassing the US and other secretive governments by doing what a real news media should have been doing? Ah, that would be a very big deal–one which would make a compliant US media even more compliant.

And to accomplish that feat, in the face of the First Amendment which guarantees Freedom of the Press, all the government would need to do is “prove” that Assange induced, or perhaps even paid Pvt. Manning to provide those documents.

In an article in Salon magazine, Glenn Greenwald reports that Manning is being kept in his cell, completely alone, for 23 hours a day. He is denied the right to exercise, has been denied a pillow or sheets for his bed, and is being administered anti-depressant “medication” involuntarily. He is barred from most outside contact, but one friend, David House, a 23-year-old MIT researcher who is a friend, according to Greenwald has said he has observed “palpable changes in Manning’s physical appearance and behavior just over the course of the several months that he’s been visiting him.”

I suspect the goal in all this is to soften-up Manning, and to eventually “turn” him into a witness against Assange and WikiLeaks, on the promise of some kind of reduced or dropped charges.

Again, in an American court–especially in a politically conservative state like Virginia, with its heavy military and Pentagon employee presence–a case of Manning’s word against Assange’s word would be pretty open-and-shut. A Virginia jury might be expected to show little concern about any defense evidence showing that Manning had been tortured in captivity before being brought in to testify.

It is urgent that Americans who care about the Constitutional right to a fair trial, who care about the preservation of the First Amendment’s freedom of the press, and who care about basic human rights and the need to outlaw torture here, in accordance with the United Nations Charter, demand that Pvt. Manning be released from his inhumane solitary confinement. He is an accused person, not a convicted criminal, and has by all accounts been a model prisoner. If the government thinks it has a case against him, it should bring him to trial with appropriate dispatch, and not try to pressure him into providing false witness against Assange. If the government doesn’t have a case, it should release Manning immediately!

Instead of trying to prosecute Manning, Commander in Chief Obama should be holding him up as a role model for standing up and reporting the war crimes of the US military in Iraq and Afghanistan, when his earlier efforts to report them up the chain of command were met with the same kind of stonewalling that covered up the torture at Abu Ghraib and Bagram Airbase.