The United States never misses an opportunity to castigate other countries for “uncivilized” behavior, and certainly there is enough of that to go around almost anywhere you look in the world. But there’s plenty of it here in the U.S. too.

Williams, a 47-year-old black man, has spent almost 30 years on Pennsylvania’s crowded death row while lawyers appealed his death penalty for two murders committed back when he was a 17 and 18-year old boy. Now he’s about to be killed by the state for those crimes.

At the time he was tried and convicted, although it was known to prosecutors that his two victims were adult men who had forcibly raped Williams when he was as young as 13, and that he had been a victim of sexual abuse since he was six, the jury was not informed about any of this. In recent years, a number of the 12 jurors who originally convicted him and sentenced the teenager to death have now said that had they known about the abuse he suffered — particularly at the hands of the two men he later killed — they would have decided the case differently, and certainly would not have voted for the death penalty. Even the wife of one of his victims has pleaded with the state to spare him.

Nevertheless, the state’s governor, Tom Corbett, a hard-on-crime Republican who, prior to being elected to the state’s top post, served as attorney general, making him the state’s top lawyer, had no hesitation in signing his death warrant earlier this month, with an Oct. 3 execution date. 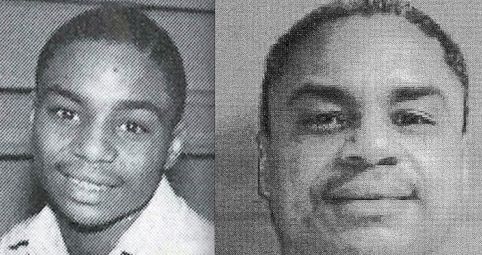 The irony is that Pennsylvania has just gone through a huge ugly scandal involving the football program at its largest public university, Pennsylvania State University, where the defensive coach on the school’s nationally recognized football team, Jerry Sandusky, was found to have been raping dozens of young boys over a period of some 20 years, at least part of that time with the knowledge of the school’s athletic director and top school officials, who acted to cover up his crimes. Sandusky was tried and found guilty of multiple rapes, and could be sentenced to life in prison.

There are credible allegations that Corbett, as attorney general, ignored charges and evidence forwarded to his office that Sandusky was raping and molesting young boys at Penn State.

In 2007, the U.S. Supreme Court, in a narrow 5-4 ruling, abolished execution for people convicted of murder who were 17 or younger at the time they committed their crime. At the time of that decision there were more than 70 people on the nation’s death rows who had committed their capital crimes while aged 16 or 17. Interestingly, the court majority cited “international opinion” in partial explanation for its decision. Between 1990 and 2007, there were only seven countries that had executed someone under 18: Iran, Pakistan, Saudi Arabia, Yemen, Nigeria, the Democratic Republic of Congo and China. By 2007, even those nations had put a halt to such executions.

Williams’ case stands apart, because one of his two murders was perpetrated after he had turned 18. But the fact of his repeated abuse at the hands of both of his victims, plus his long history of sexual abuse as a child, complicates the picture, painting him clearly as a victim himself.

In most “civilized” countries, this history of abuse would be a clear mitigating factor in determining the appropriate punishment for his crimes, and perhaps even his guilt or innocence.

Meanwhile, while no one will again be executed in the US for a murder committed under the age of 18, those who were facing death before the Supreme Court’s decision merely had their sentences converted to life in prison without possibility of parole, which many critics argue is perhaps worse than death, and which certainly is “cruel and unusual,” particularly given modern neurological research showing that the brain and personality is still not even fully developed at the age of 18, or even 21.

In Pennsylvania alone — a state where the concepts of mercy, compassion and understanding appear to be uniquely in short supply –there are an astonishing 470 prisoners currently serving prison terms of life-without-chance-of-parole who committed their crimes as children. Nationwide, the figure is close to 2600. Some of these people committed their crimes when they were as young as 14. Many, we know, had suffered circumstances of neglect or abuse similar to what Terry Williams endured as a child, but had shoddy defense attorneys who failed to bring such evidence to the attention of the court and the jury, or had prosecutors who deliberately and illegally hid that evidence.

Earlier this year, the Supreme Court ruled in one such case — that of a woman named Trina Garnett, who was convicted of setting a house fire at the age of 14 which killed two young boys — that such permanent sentences were unconstitutional. Garnett, a low-IQ girl with diagnosed mental problems, was serving a life sentence and was 50 at the time that the court, in another 5-4 decision, granted her the right to a new sentencing hearing. All such prisoners sentenced to life in prison as children will now at least have a chance for a re-sentencing hearing.

It’s a small step towards civilized behavior in the nation that today has the highest percentage of its citizens behind bars of any country in the world.