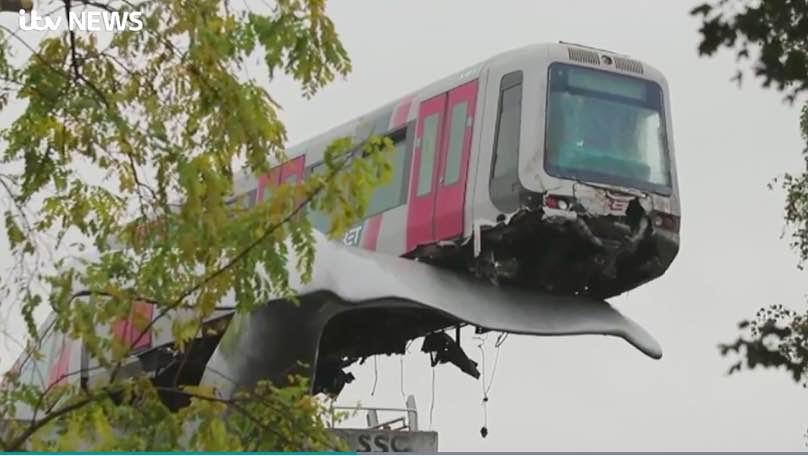 I have been reading “Voices in the Ocean” where Susan Casey starts out with a story of how a chance encounter with Spinner dolphins (in Hawaii) changed her life for the better when she was deeply depressed and grieving the recent death of her father. She also painstakingly traces the history of commercial exploitation and abuse of captive dolphins and whales that began with Barnum and Bailey around the turn of the century.

I didn’t have the stomach to read her book cover to cover even though I could tell from scanning the chapters that she is doing dolphins a great service by advocating for a revolution in our treatment of these incredible creatures. She draws parallels between how our money-driven, inherently racist culture has treated indigenous peoples throughout its history of conquest and in-fighting, and the way we treat dolphins (as well as other species with whom we share the planet). Not only is Western culture racist and ethnocentric, but it is pathologically anthropocentric and blind to the inherent rights of other life-forms to flourish in their native habitats unmolested by our malignant ways.

It is clear that to dig ourselves out of the mess we have created we are going to have to make some profound changes in how we live with nature and how we co-exist with other living creatures. But Casey’s book doesn’t just dwell on the dark-side of human-dolphin relations. She also brings us up to date on research. I learned that, in some ways, whales are more evolved than humans. (Dolphins are small whales.) Their brains are the same size as ours, in fact a little larger, and just as complex but different. We have known this for a while (since the 1960s), but it is only lately that we have gained insight into how  dolphin intelligence is different from human intelligence.  For example Dolphins have far more (three times more) von Economo neurons (VENs) than we do. “These are specialized cells that relate to higher notions  like empathy, intuition, communication and self-awareness.”  These “super neurons” play a role in our ability to love and trust each other. In the dolphin’s world trust and love (or Eros, i.e., relatedness) are essential because their social culture is extremely complex and these VENs “help shunt large parcels of information around at high speeds”. (Lori Marino, eminent neuroscientist:) “If you were designing a high-performance computer, you would choose the dolphin’s schematic hands down.”

Add to this that one might say that their culture is fluid,  fluidly three-dimensional and we can begin to understand why we are so helpless to comprehend the dolphin’s nature or universe. Picture a city. We walk down the sidewalk or drive down the street and we meet (or avoid) or greet other people most of whom we don’t know but some of whom we know but we are in a hurry and we greet them with a smile or share a few words, but we are all on the ground, on the same level. People are in buildings overhead but the buildings are big boxes of stacked floors divided up into rooms. People communicate electronically using phones and computers that, incidentally are hurting our cherished brains. Dolphins have other dolphins below them, or around them or above them all the time. They communicate with the “technology” of their highly evolved bodies.

Try to imagine how different the human race would have evolved in a zero-gravity dimension completely exposed on all sides. For just one example of how dolphins have adapted to a fluid world, some experts believe that dolphin sonar translates objects into sonic holograms. Instead of a light field they are manipulating a sound-field to communicate information to each other in 3-D. (Their sonar is so sophisticated that a blind-folded dolphin can distinguish between a copper and aluminum metal plate from a distance.)

Sonar is easy for us to appreciate because we understand it and use it, for example in our nuclear submarines. albeit, for a dolphin our most advanced sonar capabilities are primitive.  What is harder for us to measure is how dolphins communicate feelings and emotions to one another. This is harder for us to grok because we have only begun to delve into the field of our own feelings and emotions; psychology is only 120 years old. Or consider, the human race is only about ½ million years old, whereas dolphins have about 29,000,000 years of evolution on us.

We could use a few more VENs these days. Even with highly advanced communication devices, we all seem to be failing as communicators. When lemmings all go off a cliff together, an image that was seared into my 1950s impressionable brain to represent herd instinct, we were taught that this behavior proved that they were caught up by a collective impulse that totally eclipsed the instinct of self-preservation and these little arctic rodents became the poster animal for any kind of movement that lacked any higher awareness or self-awareness.  When dolphins or whales beach  en mass what is going on, if they are in fact, so intelligent?  Why wouldn’t creatures who can use sonar to tell whether an object behind an underwater curtain is round or square or even square or cubic, and who are in constant communication with each other, why wouldn’t they avoid  any kind of situation that would lead to such a collective catastrophe?

In tackling a question like this we often make the  mistake of setting ourselves up as the gold standard of evolutionary accession, but the closest historic human analogy to a mass beaching would be the mass suicide at Jonestown! In the case of Jonestown (where 909 women, children and men died at the same time) we are looking at a cult following of one charismatic man. With whales (and dolphins) there is no evidence of a whole pod blindly following a leader. We might speculate that they were driven into shallow waters by freak weather or some young ones got in trouble and the whole pod tried to rescue them and became stranded. Or that their brains were temporarily befuddled by a some intense underwater human-produced signal or, more likely, that they were suffering from some neuro-toxin that they picked up from the polluted waters. But it also might have to do with something Casey wrote: “ . . .Dolphins are so tightly bound to their pods that they may be operating with a degree of interconnectedness far deeper than our own. . .

Scientists can’t explain why dolphins and whales strand en masse when only one or two individuals are sick; or why, when they are herded into the coves, (referring to the annual Japanese dolphin slaughter off the island, Taiji) they huddle together and don’t jump the nets (Dolphins can jump up to 20 feet out of the water.). Marino: “There is some sort of cohesiveness in them that I don’t think we get quite yet. . .” (141) (Casey;) “. . .The individual dolphin doesn’t necessarily stop at the perimeter of (its) own body. (Its) awareness, (its) concerns, even its survival instincts extent out into the world around (it). (It) would relate to others in its pod at a level beyond empathy, in a kind of shared existence that we can’t fathom.” (142)

Regardless of why dolphins and the larger whales beach, I think that when people come together to help as many of them as possible back to deep water we are behaving more like advanced beings than when we, for example, swim with them, hoping for some kind of healing or ah-ha moment. The human race has, in so many ways, beached itself. That is how I see us. We have, kind of, given up. Not like the proverbial lemmings of the 1950s and not like the cult-followers at Jonestown but just take what’s happening at face value. We are a very large-brained species that seems, inexplicably, to have given up. The biggest difference between our predicament and the predicament of a stranded pod of dolphins is, no one is going to discover our plight and summon others to the scene of our beaching and cast everything else aside to guide us back to deep water and life. We are going to have to do that for ourselves. My prayer for us is that we do come to our own rescue but in order to do that we will have to fire up some VENS and love each other as never before.