In August 1936 nearly 20,000 people filled a vacant lot next to a municipal building in a small Kentucky town to watch the hanging of a man convicted of rape. This hanging, conducted by two executioners retained by that town, would be the last official ‘public execution’ in America.

Although states across this country have banned executions where the public can freely attend, some contend that the American public is again witnessing the spectacle of a public execution – more precisely: the spectacle of a killing occurring in plain sight administered by governmental authorities.

This current spectacle of governmental killing involves a high-profile inmate in Pennsylvania that evidence indicates is quite possibly experiencing a ‘slow execution’ through calculated medical mistreatment.

Author/activist Mumia Abu-Jamal, perhaps the most widely known prison inmate in America, is gravely ill, hardly able to walk or talk because of severe complications related largely to the diabetes which medical personnel inside a Pennsylvania prison failed to diagnose for months. Prison medical personnel either did not detect the diabetes earlier this year while giving Abu-Jamal numerous blood tests that easily identify the elevated blood sugar levels of diabetes or did not inform Abu-Jamal of the blood test results. 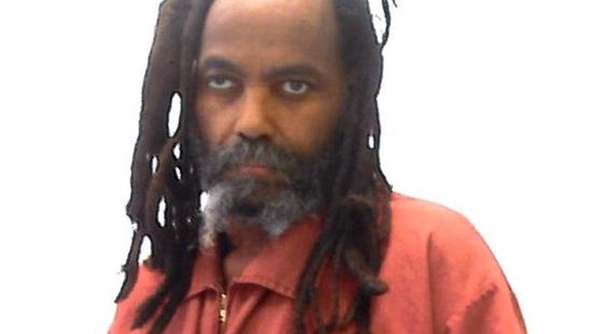 After four months of substandard or nonexistent treatment for serious diabetes in prison, Mumia Abu-Jamal is at risk of organ failure — perhaps the goal of prison officials.

Despite Abu-Jamal’s obvious painful and deteriorating medical condition, Pennsylvania prison authorities have barred Abu-Jamal from receiving access to or consultation from medical experts assembled by his supporters.

Those experts could provide the quality of care unavailable at either the demonstrably incompetent infirmary inside SCI Mahanoy or that non-prison hospital authorities utilized. (Abu-Jamal has had adverse reactions to medications he has received from the Mahanoy prison infirmary, his supporters said.)

The refusal of Pennsylvania prison authorities to properly treat Abu-Jamal or permit him access to non-prison medical personnel who could effectively treat his conditions fuel understandable fears among Abu-Jamal’s far-flung supporters that anti-Abu-Jamal forces are trying to effectuate the death sentence that once hung over Abu-Jamal.

The ‘fear’ that foul play could be apart of Abu-Jamal’s poor medical care arises from the fact that police, politicians and others had vigorously campaigned for Abu-Jamal’s execution for 28-years. Abu-Jamal received a death sentence following his controversial 1982 conviction for killing a Philadelphia policeman. That campaign for execution included many forms of harassment. The extraordinary punishments from that campaign provide proof for many that Abu-Jamal is a political prisoner.

“They are outright killing him in front of us,” Pam Africa said. Africa, a close associate of Abu-Jamal and head of International Concerned Friends and Family of Mumia Abu-Jamal, visits him regularly.
(Abu-Jamal’s death sentence was converted to life in prison after federal courts repeatedly upheld the dismissal of the death sentence citing constitutional violations.)

“He is in pain. His skin is so bad from that rash that he looks like a burn victim,” Africa said. “The is F*%king horrible …”

When prison authorities returned Abu-Jamal to SCI Mahanoy from that hospital, following a few days care in the ICU, he was still seriously ill.

Yet, prison authorities ordered him returned to his prison cell after a brief stay in the Mahanoy infirmary following his return from the ICU. Authorities returned him to his cell despite his visibly weakened condition, dramatic 70-lb.weight loss, labored breathing, swelling of his body parts and open sores on his skin from a festering rash.

Prison authorities certainly knew that Abu-Jamal’s weakened condition would make it difficult for him to walk back to the infirmary for help since the distance from his cell to the infirmary is the distance of about three-city-blocks. Certainly authorities knew the difficulties facing Abu-Jamal even in obtaining meals from the dining hall, a nearly two-block distance from his cell.

According to that report Abu-Jamal “is extremely swollen in his neck, chest, legs and his skin is worse than ever, with open sores. He was not in a wheelchair, but can only take baby steps. He is very weak. He was nodding off during the visit. He was not able to eat – he was fed with a spoon. These are symptoms that could be associated with hyper glucose levels, diabetic shock, diabetic coma, and with kidney stress and failure.”

Proposals for Abu-Jamal receiving medical care from personnel outside the prison system are not out of line. Authorities allowed millionaire John DuPont to have his medical issues treated by his own private physician at his expense while he served a life sentence for murder before dying in a Pennsylvania prison. Authorities denying Abu-Jamal allowances that authorities have extended to other inmates is a part of the pattern of punishments that target Abu-Jamal.

Charges that prison authorities are deliberating mistreating Abu-Jamal are routinely dismissed as hyperbole by authorities despite abundant examples of mistreatment directed at Abu-Jamal and other inmates.

For example, in 2010 an inmate serving a life sentence like Abu-Jamal filed a lawsuit against Pennsylvania prison authorities challenging their refusal to provide him with medical treatment for acute kidney stones despite a previous court settlement where authorities had agreed to provide that inmate with his needed treatment.

The medical mistreatment of Mumia Abu-Jamal comes at a time when callous law enforcement, particularly brutality and fatal shootings by police, is in the national spotlight. Abu-Jamal, in his books and commentaries produced in prison, has been a strident critic of inequities in the criminal justice system. The medical mistreatment of Abu-Jamal is rife with callousness and inhumanity.

Call and write these people and demand that Abu-Jamal be provided with appropriate medical care for thie eminently treatable disease!:

What's in the Massive US Military Aid Package to Ukraine?
This article was written for The Edge, a publication of the Ithaca College Park Center for Independent Media [caption id="attachment_6432" align="alignnone" width="710"] Ukrainian howitzer shells targets in eastern Ukraine (Ukraine…
All Dave LIndorff's Posts