Schlessinger sparked ire in some circles recently when she used the word “nigger” eleven times while scolding a caller to her radio show for lacking a “sense of humor” because that black caller objected to her white husband’s friends and family members constantly making racist remarks.

Schlessinger’s half-hearted apology for that radio rant evaporated quickly with a verbal offensive couching her decision to reject renewing the contract for her highly-rated radio show as a heroic act to regain First Amendment rights “to say what is on my mind” particularly for assailing “special interest groups [who decide] this is the time to silence a voice of dissent.”

Yes, Dr. Laura, too many are “hypersensitive about color” as you proclaimed during your crass responses to that caller who was clearly seeking compassion.

And yes, Dr. Laura, hypocrisy and craziness abound (among all races) around use of the word nigger, the long-standing racist slur now reduced to the sanitized, psychic-salving phrase: “the N-word.”

But please Dr. Laura, stop your BS about you being the real victim here!

Schlessinger adequately made her point about her beliefs regarding the duplicity of blacks excusing black comedians/rappers using the N-word after the third utterance of ‘nigger’ thus rendering her eight additional uses of that word unnecessary…even for added emphasis.

Curiously, the same Schlessinger who bashes black rappers for using the word nigger would never lash Patti Smith for her song titled “Rock N Roll Nigger” or John Lennon for “Woman is the Nigger of the World.” 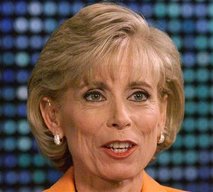 Typical of dynamics inherent in N-word controversies the focus in this Schlessinger episode myopically centers on her use of the word instead of the wider frame.

Schlessinger’s worse offense was not uttering nigger eleven times but wrapping her epithet string within inaccurate and flat ignorant assertions like blaming “black activists” for manufacturing a racism problem in America and declaring blacks only voted for Obama because he “was half-black.”

The lingering damage in Schlessinger’s rant is its subliminal impact on listeners who accept such patent falsehoods as blacks being incapable of voting their own self-interest. Her rant will be taken as revealed truth by some because it comes from a person viewed in some circles as well-informed.

The major motivation behind blacks voting overwhelmingly for the smarter savvier presidential candidate in the 2008 election was common sense, not color consciousness. But in the minds of many bigots, blacks lack common sense and are susceptible to easy manipulation by those black activists Schlessinger spears as race card players.

The real problem here is not the radio rants of a Schlessinger or a Don Imus using the word nigger or its variations.

The real problem is America’s continuing refusal to deal with its racism…racism that corrodes the pledges of equal opportunity embedded in the U.S. Constitution…racism that anti-slavery activist/orator Frederick Douglass warned in a famous July 5, 1852 speech was a “horrible reptile coiled up [in America’s] bosom…”

A decade later a civil war over slavery – an economic endeavor reliant on racism – rocked the nation. While the nation abolished the institution of slavery after the Civil War violent racism ushered in ‘Jim Crow’ separate-but-equal segregation which legally disadvantaged blacks until the mid-1960s.

While Dr. Laura blames blacks for the continued use of ‘nigger’ there’s a little known legacy of America rejecting repeated requests from blacks to bury the use of that word – a central assault phrase in the system of racist dominance.

The “Declaration of Rights” the Universal Negro Improvement Association issued on August 13, 1920 blasted the “use of the term “nigger” as applied to Negroes.”

America not only ignored the UNIA’s request to end pejorative use of that word, the federal government unleashed a covert campaign to cripple the UNIA culminating with imprisoning that self-help organization’s leader Marcus Garvey on a phony mail fraud charge.

It’s the height of absurdity that the occasional utterance of the word nigger in public by a white person of prominence triggers more consternation from the media than the more insidious institutional racism that perpetuates race-based inequities from employment to health care to schooling to segregated staffs of media stars, all accomplished without the need for individuals to ever utter a single N-word.

One of the most pronounced but least publicized manifestations of institutional racism is the facet called environmental racism. This facet includes officially sanctioned targeting of minority communities for toxic waste facilities and polluting factories.

Environmental racism is evident in the Gulf Coast region where BP has dumped nearly 40,000 tons of oil spill waste from its blown well clean-up into nine landfills in Alabama, Florida, Louisiana and Mississippi – with five of those landfills being located in communities with major minority populations according to a recent review by the Environmental Justice Resource Center at Clark Atlanta University in Georgia.

Minority communities are “getting dumped on and getting no benefits from the billions and billions being spent on the clean-up,” said Dr. Robert D. Bullard, Director of the Clark Atlanta Environmental Center.

“These communities get the pollution but no pay, no jobs and no contracts,” Bullard added. “That is the story that isn’t being told.”

It’s easy to ignore the reality that the attitudes underlying institutional racism against African-Americans manifest in anti-immigrant sentiments principally targeting Mexicans plus the mushrooming religious intolerance against Muslims.

The “same Republicans who oppose the Muslims in New York on grounds of “sensitivity,” will not take the same stand on the confederate flag when it comes to the Black community,” stated Raynard Jackson, a black Republican businessman in a recent commentary pillorying the “hypocrisy” among opponents of the planned Muslim cultural center near Ground Zero.

“Sand Niggers” is the phrase some Americans use when referencing Arabs…similar to the “Timber Niggers” some apply to Native Americans.

Schlessinger and her conservative supporters like Sarah Palin are right about it being wrong to ruthlessly body slam someone simply for using the word ‘nigger.’

Also wrong is polite society fears about using the word ‘nigger’ forcing retreat into use of that ridiculous N-word term that linguistically reduces the raw racial animosity explicit-&-implicit in the slur (not slang) use of nigger.

In the controversial Mumia Abu-Jamal death row case, for example, the judge presiding at Abu-Jamal’s 1982 trial announced his intent to help prosecutors “fry the Nigger!”

Yet, for decades in America a succession of politicians, preachers, press pundits and power-brokers have resisted having any kind of realistic national dialogue on racism.

Until America confronts its racism silly skirmishes over use of the word ‘nigger’ will continue.