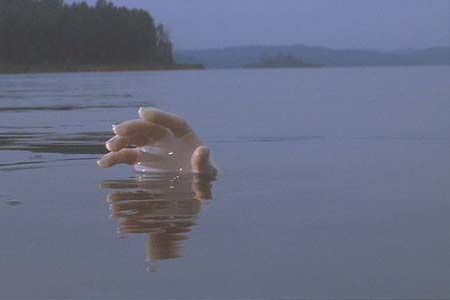 Reagan Rises in the Gulf

Feldman, appointed to the federal bench by President Reagan and confirmed by the Republican-led Senate in 1983, has been a craven supporter of corporations over the public interest for years. In the wake of the Katrina disaster in New Orleans, for example, the judge ruled against homeowners who tried to bring a racketeering case against Clipper Estates, the corporate owner of their housing development, claiming that the company had stolen money it collected from them allegedly for repairs, for the owner’s personal use. Feldman ruled that homeowners had no standing to sue.

Now, using classic Reaganesque logic (remember our senile ex-president’s mocking argument to environmentalist that because trees release carbon dioxide at night, they must be “polluters”?), Judge Feldman has issued a temporary restraining order against the White House’s six-month freeze on offshore drilling. His rationale for overturning the moratorium on drilling: The government hadn’t provided an adequate justification for it.

As the judge put it: “If some drilling equipment parts are flawed, is it rational to say all are? Are all airplanes a danger because one was? All oil tankers like Exxon Valdez? All trains? All mines? That sort of thinking seems heavy handed and rather overbearing”.

Well actually Judge, yes it is rational. When the Exxon Valdez was steered by a drunken captain into a rockpile, and its hold was gashed open, spewing 11 million gallons of crude oil into the pristine waters of Prince William Sound, it exposed for all to see the danger of single-hull supertankers, and led to requirements that tankers be built with double hulls, and that single-hulled vessels be barred from harbors. And yes, when an engine fell off a DC-10 jumbo jet, causing a fatal crash, all DC-10s were grounded until the problem was figured out, and all those planes around the world were safely refitted with a new pylon design. Similarly, when a few Toyota Prius cars were found to develop stuck accelerators, all Prius cars of that model were ordered back to the shop for repairs.

As a matter of fact, Judge Feldman, a moratorium on new deep water drilling is exactly the proper response to a disaster that causes huge damage, or that poses the risk of significant deaths. You stop the practice until you can figure out what caused it and what needs to be done to make sure it doesn’t happen again.

But hey, logic never played much of a role in Ronald Reagan’s presidency, so why should we expect it to play any role in the thinking of a judicial appointee backed by one of America’s most unintellectual and least thoughtful presidents, perhaps rivaled only by the recent George W. Bush.

If anything, it is shameful that it took the Obama administration so long–more than two weeks–to issue the moratorium on deepwater drilling. It is shameful too that the administration still hasn’t put a moratorium on all undersea drilling. After all, we have already had blowouts similar to the BP disaster in shallow water, most recently in the Timor Sea off Australia, where a disaster remarkably like the one in the Gulf of Mexico last year but in just 160 feet of water saw oil spilling out in massive quantities for months while a relief well was drilled. So it’s not just deep water wells that are dangerous.

But timid and deferential to the oil interests as the Obama administration has been and remains, Judge Feldman takes things to a whole new level with the soaring scale of his inanity.

One almost has to hope that yet another drilling project in the deep water off the Louisiana coast suffers a similar catastrophe, if only to expose this kind of judicial cretinism–or corruption–for what it is.

But of course, Judge Feldman is no idiot. Rather, he appears to be a tool of the oil industry. In his most recent required financial disclosure statement, he reported owning stock as late as 2008 in offshore drilling companies, including up to $15,000 worth of shares in Transocean, the owner of the ill-fated Deepwater Horizon rig now sitting at the bottom of the Gulf.

Now I’m sure that if Transocean were a plaintiff in the lawsuit by oil industry firms and the state of Louisiana aimed at overturning the federal moratorium on deepwater drilling, the judge would have recused himself. But under the pinched ethical standards of our judiciary system (call them Scalia ethics, after the Supreme Court justice, also a Reagan appointee, who thinks it’s okay to go duck hunting with the defendant in a case he’s deciding), since Transocean is not a plaintiff, and since none of the other drilling companies which the judge has reported owning upwards of $50,000 worth of shares in are plaintiffs, he feels free to issue his ruling. Of course, those companies he is an investor in do stand to lose if the moratorium is left in effect, and they stand to make money if it is overturned, but we shouldn’t be bothered by that.

The truth is that Judge Feldman probably would have ruled as he did whether he owned drilling company stock or not. It’s his basic ideology that is the problem here, not crass personal corruption, and it‘s why he was given his robes in the first place.

Judge Feldman is a manifestation of Ronald Reagan, reaching out from the grave like that hand floating up out of the water at the end of the movie Deliverance, to wreak yet more havoc on the nation and the globe.

As long as Reagan’s judicial appointees still warm the benches of the nation’s courts, that wretched old coot ain’t fully dead yet.