Disgraced former Kansas Attorney General Phill Kline, who while in office as AG and later as a county prosecutor conducted a draconian inquisition against abortion doctors and the state’s Planned Parenthood organization, may still be a visiting assistant professor of law at Jerry Falwell’s Liberty “University” in Lynchburg, Virginia, but he isn’t allowed to practice law anymore.

While the US Supreme Court didn’t comment in reaching its decision, the ruling by the Kansas Supreme Court, which the US high court ruling upholds, didn’t mince words, finding last October that Kline had misled or allowed subordinates to mislead others, including a Kansas City-area grand jury and local judges, so as to further his investigations. The justices wrote that they had found, in reviewing his behavior, “clear and convincing evidence” of professional misconduct. They ruled that during his time as the state’s top law-enforcement official and later as a county DA, Kline had violated 11 rules governing the professional conduct of attorneys.

While the Kansas Supreme Court didn’t go into specifics about cases in its ruling, the judges did consider Kline’s prosecutorial excesses as attorney general and county prosecutor, saying that his “fervid” pursuit of abortion providers in support of his anti-abortion “cause,” was an aggravating factor in their ruling.

In the view of many observers, Kline’s obsessive and “fervid” inquisition may have directly led to the murder Dr. George Tiller. 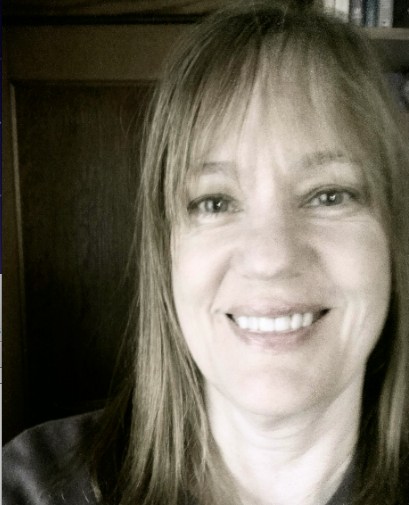 Kline had brought criminal charges against Tiller, a lightening rod for anti-abortion fanatics in groups like Operation Rescue, because — a rarity among abortion-performing physicians — Tiller was willing to perform late-term pregnancy terminations when deemed necessary (for example when the patient was a preteen victim of incest, or was carrying a fetus that could not survive after birth or that posed a risk to the mother’s life). And while all of those criminal charges were ultimately rejected by a jury at trial, Tiller’s acquittal in that particularly ugly case appears to have led a whacked anti-abortion fanatic, Scott Roeder, frustrated at the acquittal, to later murder the doctor as he was greeting congregants at his church, shooting him point-blank in the face.

The Kansas State Bar Assn. moved to disbar Kline because of his abusive pursuit and prosecution of Tiller and Planned Parenthood, and especially Neuhaus, who became a special target of his campaign once Tiller was murdered in 2009. Among the state bar’s concerns was the leaking of files that Kline’s office took from Neuhaus after, under threat of arrest, she brought them into his office.

Neuhaus had objected to bringing the records of her young abortion patients with her to an interrogation, insisting that they were sensitive and protected by patient privacy rules. She says she only agreed to bring in the records after Kline’s office promised they just wanted her to have them with her for her own reference during questioning. In fact, however, once they were in Kline’s possession, his office kept them. They were subsequently leaked to Fox News’s Bill O’Reilly, who made the private documents about the young women’s abortions public on his national broadcast.

“They lied to me,” recalls Neuhaus angrily. “I should have filed a complaint with the state bar right then, because lawyers are not allowed to lie, but people advised me at the time not to bother because it would be a waste of time.”

Apparently not, as eventually the State Bar Association did take action.

Commenting earlier on the Kansas State Supreme court’s decision upholding the disbarring of his client, Kline’s attorney, Thomas Condit, said, “There was never any deliberate dishonesty on Mr. Kline’s part.”

Clearly, the US Supreme Court didn’t agree. Now if Kline wants to practice law again, he has to wait three years and then would have to apply to the bar for readmission, with no guarantee of success.

Neuhaus continues to be hounded by the anti-abortion fanatics in Kansas. The State Board of Healing Arts, which licenses physicians in Kansas, revoked her medical license in 2012, and slapped her with a $90,000 bill for the cost of that proceeding. Earlier this year a county judge overturned that decision and tossed out the bill, claiming that the board’s entire proceeding had been biased (no surprise there, as Gov. Sam Brownback, another rabid anti-abortionist, has packed the board with anti-abortion fanatics, including an attorney for Operation Rescue!).

The board has appealed that judge’s ruling, leaving Neuhaus, for now, in limbo.

Nonetheless, Neuhaus expresses satisfaction at seeing her primary inquisitor Kline shamed and defrocked, saying, “ I think Kline was expecting the usual twisted nonsense a la Citizens United, so I’m sure he’s pretty stunned that god didn’t pull another farce from a hat on his behalf. Karma may be slow, but it’s a bitch!”