Social Security got short shrift in the presidential “debates” this year, meriting only a brief mention at the end of the third event, and even then, only by Hillary Clinton, who vowed not to cut benefits in any effort to bolster the system’s funding (a promise she was only grudgingly pushed into by Sen. Bernie Sanders’ primary campaign).*

But the truth is that benefits have been getting cut, are being cut in 2017, and unless something is done, will continue to be cut in the future. This is because the method used to calculate the annual adjustment for inflation each year is, to borrow a phrase popular with Donald Trump, “rigged.”

Just consider this. The Consumer Price Index or CPI, actually the CPI-U version of the index which is used by nearly all federal agencies, including the IRS (which uses it to recalibrate tax brackets each year), found inflation in the US running at 0.73% in 2015, and at 2.07% year-to-date through September 2016 (it was 1.46% for the 12-month period Oct. 2015 through Sept. 2016, suggesting that the rate has been actually accelerating through the latter part of this year. Yet the modified version of the CPI, called CPI-W, which Congress since 1983 has mandated that the Social Security Administration use to calculate cost-of-living adjustments in Social Security benefits, showed no inflation in 2015, and only 0.3% inflation for 2016.

Now reasonable people can argue whether the elderly and disabled spend more or less than other Americans on food, on entertainment, on transportation or on health care, but anyone who claims that the elderly have faced no higher costs during 2016 than in 2015, or that 2017 won’t cost them more than $54 extra than they had to pay to survive in 2016 is, to put it simply, lying. 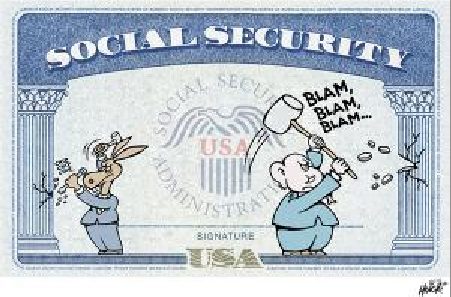 Anyone but a rich person who doesn’t even look at what she or he is spending knows that groceries are more expensive, that bus and taxi fares are up, and that the cost of cars, car repairs and car insurance have risen. Health care costs are rising too, as well as health insurance costs. So are rents. Basically everything the elderly have to pay for has gone up in price each year, but their mainstay — and for 33% of the elderly, Social Security is their only source of income, while for 61% it represents more than half their income — has stayed essentially flat.

That reality is documented by the broader CPI-U measure used by most agencies of the government. If that measure had been used to calculate Social Security cost-of-living benefits, instead of the CPI-W, that same typical recipient of $1500 in monthly Social Security benefits would have seen that checks rise by $11/month and $131 for the year in 2016 and would see a rise in 2017 of $30 per month and $360 for the year!

Obviously something is amiss here.

Yet incredibly, instead of taking action to correct this political stiffing of the elderly and infirm, many in Congress, and until enormous protests caused him to back off, President Obama, have been pushing the idea of actually making things worse by shifting from the already bad CPI-W index (which, it should be noted, includes no retirees in its survey — only working people!), to something called a “chained-CPI” for calculating cost-of-living adjustments in Social Security benefits. Labeled the “cat-food index” by its critics, the chained-CPI is based upon the sick notion that when prices of goods rise too much, people will switch to a cheaper product, for example turning from beef to chicken or maybe from chicken to cat food, so that is how to calculate their spending patterns. The assumption, based upon no research, is that the elderly will do this kind of downward substitution for most goods and services as prices rise.

Here is the truth about that outrageous idea, particularly popular among Republicans, but with a significant amount of support too among conservative Democarts: According to the National Committee to Protect Social Security and Medicare (NCPSSM), if the chained-CPI had been used to calculate benefit cost-of-limit adjustments, instead of getting help with their rising costs, the elderly would have seen their benefits cut by $130 per year over the last three-year period from what they did get with the Social Security Administration just using the currently mandated CPI-W methodology. (If any theory were designed to cause that which it claimed to be happening to happen, adoption of the chained-CPI for calculating Social Security benefits would be it!)

Meanwhile, for 30 years — a whole generation — the US Department of Labor’s Bureau of Labor Statistics (BLS), has been compiling and publishing an experimental consumer price index, the CPI-E, which seeks to more closely estimate the actual cost of living increase for the elderly. It’s not a real scientific index, in that no actual data gathering specific to the elderly population is done, but adjustments to the already existing CPI-W index are made — in particular increasing the weighting of medical costs from the CPI-U’s 5.5% of total estimated personal expenditures for all American residents to 10.8% of total personal expenditures for the elderly. This is based upon estimates that people over 65 spend about twice as much of their income on medical care as do younger people. That’s not perfect, since the same research shows that those over 75 spend three times as much on medical care as those under 65, but hey, at least it’s an improvement in recognizing reality.

That experimental index has never been used by the Social Security Administration. It should have been. But really, given that some 60 million people currently depend upon Social Security to get by, what should happen is that Congress should mandate — and fund — a genuine, peer-reviewed large-scale and apolitical academic study of the real cost of living for the elderly and the disabled, and the BLS should develop not an experimental but a real Cost of Living Index for the elderly based upon that study. Since such a huge proportion of the US population depends upon Social Security, and since it is such a huge part of federal expenditures, clearly there should be such a reliable and honest index to rely upon in calculating the benefits paid to those people.

What would such a study find? Well, according to the BLS, in the 12-month period between Sept. 2015 and 2016, food and energy prices rose 2.2%, medical supplies (drugs) an services rose 5.2% and 4.8% respectively, shelter costs rose 3.4% and transportation rose 3.0%. Only clothing declined in price over the period, by 0.1%. So for our average elderly person, prices clearly rose significantly over this past year. But the situation is actually worse, since studies show that the average person over 65 spends two times what younger people spend on medical goods and services, meaning that roughly 5% increase in costs hits them twice as hard. The elderly often have a harder time switching to cheaper options, too. They can’t, for instance, change their housing as easily if rents go up, they have ingrained eating habits that are hard to change, or may even need special diets that they can’t change, and if they are using public transportation they are at the mercy of government-ordered fare hikes. Clearly, with the Social Security Administration stuck, on orders from Congress, using the CPI-W index and limited to offering a benefit increase of just 0.3% for next year, this data is all being ignored.

It’s time to stop the political games. Social Security is too important a program to have its benefits calculated based upon the politically motivated calculations one could make on a napkin, tinkering with existing CPI data that has nothing to do with the actual expenditures of the elderly and disabled.

* Nor can Clinton be trusted with that pledge. As David Sirota and Avi Asher-Shapiro report in Investment Business Daily, Clinton’s close relationship with Tony James, president of Blackstone, the giant hedge fund and many think, her likely nominee for Treasury Secretary, has plans to privatize retirement by mandating all workers invest in privately managed equity funds.