Talk about a no-brainer!

The $2.5-trillion Social Security Trust Fund, which current workers, including the much-maligned Baby Boom generation, have been bulking up with our 6.2% payroll tax and the 6.2% that our employers have to pay, is slated to be exhausted by 2036-8. Unless more money is injected into the system to cover the tsunami of retirees born between 1946 and 1964, the program, if it were just running on current payroll taxes, would only be able to cover 75% of promised benefits to current retirees.

At the same time, the rich are getting richer every year, and the rest of us poorer.
Income tax rates for the rich are far lower now than they were in the 1990s, ‘80s or in any prior decade. Meanwhile loopholes and deductions and exemptions for the wealthy keep getting added to the tax code to help make them richer. (Those rich enough to be able to use the Schedule A tax form get to claim all mortgage interest, including for vacation homes. They get to deduct the cost of fancy insurance plans and pricy medical care, they get to deduct their state and local taxes, and they get taxed much less than even a low-income wage-earner on income they earn from investments.)

Everyone, except the rich themselves of course, agrees that the widening wealth gap in the US (now about the same as in Jamaica and Argentina) is a terrible thing, and everyone agrees that something needs to be done to keep Social Security well-funded.

What isn’t being said is that the two problems are linked and can be at least partially solved simultaneously.

If the cap were eliminated, as was done long ago for the Medicare tax, so that the rich and their employers — or rich people themselves if they are self-employed — had to pay the full 12.4% tax on their income, almost all of the shortfall in the Social Security Trust Fund’s ability to pay for the retirement benefits of the Baby Boomers and subsequent retirees would be eliminated. If, beyond that, investment income was also made subject to the Social Security tax, either as a straight percentage of profits, or as a small 0.25% to 0.5% tax on stock and bond transactions, not only would the entire shortfall be gone, but there would be money to do what an increasing number of Americans are saying must be done: increase retirement benefits. 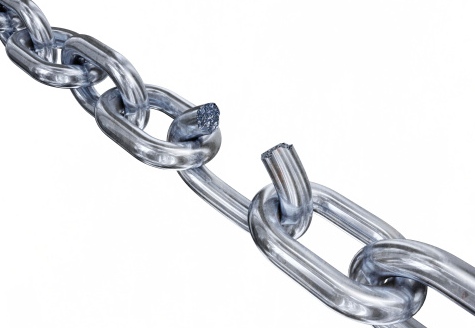 (As I wrote recently, Social Security in the US only provides for about 30% of the living expenses of average retirees, leaving them on their own to figure out to pay for the rest, while in most of the rest of the developed world, retirement programs provide close to 100% of living expenses. In Finland, for example, the fully state-run pension system is designed to allow virtually everyone to receive in retirement an income that enables them to maintain their pre-retirement standard of living.)

Having the wealthy pay the FICA tax on all their income, including investment income, would significantly reduce the wealth gap in the country, both by at least slightly reducing wealthy incomes, and by dramatically improving the retirement living standards of the majority of Americans.

Incredibly, almost nobody is suggesting this approach in Congress, where a disproportionate percentage of senators and representatives are millionaires and multi-millionaires. Even among the public, there is little understanding about how Social Security works, and how easy it would be to solve its funding problem.

Instead of talking about collecting more in taxes from the wealthy to adequately fund retirement and disability programs for all Americans, we have Republicans and most Democrats alike talking about ways of cutting Social Security benefits to future retirees. For example we have President Obama’s proposal to adopt a different method for adjusting benefits for inflation. This idea of adopting what is called a “chained Consumer Price Index,” would take the Bureau of Labor Statistics (BLS) monthly “market basket” of goods and services used to calculate the inflation rate, and would substitute cheaper items for things that rise significantly in price. For example, if beef prices suddenly spiked, the Chained-CPI “market basket” would substitute chicken. If chicken went up too, it would substitute beans. The assumption, based upon no scientific data, is that retirees and the disabled would make these substitutions in their spending. There is no scientific basis for switching from the CPI to the chained-CPI, though. In fact, the elderly and disabled, as a rule, have a harder time changing their behavior, eating habits, or living quarters to adjust for price spikes than do younger workers. No matter though. The heartless hacks in government, mostly beholden to large campaign donors and Wall Street investment houses, all of whom want to gut Social Security, rather than save or fix it, want it cut. And because that is what the corporate media are reporting, even many people who could end up having tens of thousands of dollars stolen from their retirement benefits by this accounting sleight-of-hand think it is a necessary “reform” needed to “save” Social Security.

If anything, even the CPI currently in use understates that impact of inflation on Social Security benefits.

The beauty of viewing Social Security not as some costly “entitlement” that needs to be cut, as conservatives portray it, but rather as a necessary program that insures that the country takes adequate care of its elderly and infirm, and that can be securely, and even better funded than it is now by raising the taxes paid into the program by the currently coddled rich, is that it offers a pain-free way to eliminate the looming Social Security funding shortfall while, at the same time, shrinking society’s burgeoning wage gap.

I say pain-free because when the rich and their employers (or the companies they own), have to pay a combined 12.4% tax on the full amount of their annual incomes, instead of just on the first $113,400 of it, there is no pain involved — unless it’s just the psychological pain of having to give money to the government that they didn’t have to fork over before. They don’t have to turn down the thermostat, or skip a meal, or stop buying prime rib and lobster. They don’t have to worry about meeting the rent payment or the mortgage.

If we could get a movement going around such a real reform of Social Security, we might be able to build on it, and start going after the rest of the tax breaks that the wealthy have been piling up. Take the mortgage tax deduction. Why should it be limitless? If there is an argument for having society subsidize home ownership, then make it fair: let’s offer all taxpayers who have to take out a mortgage to buy their home the same limited interest payment deduction — say a $1000 tax credit (that would be the equivalent of limiting the interest rate deduction on the Schedule A form to about $5000, which is about the typical interest rate paid on a $100,000 mortgage, except that it would be available to all — not just those who are able to use the Schedule A deduction form. The same kind of limit could be placed on the amount of state and local taxes that could be deducted from income.

The possibilities for progressive reform are limitless, once Social Security is successfully tackled.

To borrow and adapt a line or two from Arlo Guthrie’s famous song “Alice’s Restaurant”:

“One reform, just one reform to make Social Security solvent into the indefinite future, and we’d have a progressive success. And if we had two reforms, one of Social Security and a tax on stock and bond transactions (in harmony), they may think we’re radicals. But if we had three progressive reforms. Three, can you imagine? Three progressive reforms like applying the FICA Tax to all income, taxing stock and bond transactions, and eliminating unlimited mortgage interest deductions and deductions for mortgage interest on vacation homes. Why they may think it’s an organization. And can you, can you imagine fifty people a day, I said Fifty people a day walking in to the Capitol demanding improved retirement benefits? Friends they may thinks it’s a movement.”

And like Arlo said, with reference to ending the Vietnam War, that’s what we need. A movement to take government back from the oligarchs and the coddled rich, and return it to just average working people.

Social Security is the key. Every American depends upon it, for her or himself, for parents and grandparents, and for our children. If we can’t unite around a movement to demand that Social Security be made into a well-funded system that provides a decent retirement for all, we might as well hang it up when it comes to trying to achieve other progressive goals.