Among the many shameful and cowardly things that President Barack Obama has and has not done, few can rival his complete unwillingness to express outrage at the Israeli military’s murder of a young American teen executed at close range during the Israeli Defense (sic) Force assault on the Turkish-flagged aid ship the Mavi Marmara in international waters in the Mediterranean Sea back on May 31, 2010.

Furkan Dogan, born in the US to Turkish parents, both legal residents of the U.S., and educated in the US, was a volunteer on the Mavi Marmara, the flag ship in a six boat aid flotilla that tried to sail with humanitarian aid from Turkey to the Israeli prison colony known as Gaza only to be stormed and captured and pirated to Israel.

When IDF forces boarded the ship from helicopters and speed boats they shot and killed nine people, one of them young Dogan.

When the assault occurred, there was no protest from the White House, even though an American citizen had been killed. (There was little reporting on the murder either in the U.S. corporate media, which consistently referred to him as Turkish-American–a designation usually reserved for immigrants–despite his being native born in the U.S.).

Nor was there any protest from the White House when the Turkish Council of Forensic Medicine reported a month later that the autopsy conducted on Dogan showed that, like most of the other eight IDF victims, he had been shot in the back and in the back of the head, as well as in the face — hardly the kind of killing that would have resulted had he and the others — as the Israeli government claimed, been “attacking” the IDF boarders. (In fact a smuggled video shows two IDF officers brutally kicking a person identified by the filmer as Dogan while he is lying on the deck of the ship, and then shooting him repeatedly with their weapons, which my colleague Linn Washington says appear to be pump-action Remington 870 shotguns — a deadly gun popular around the world and among police for “riot control” actions. The weapon is part of the IDF arsenal.)

A UN High Commissioner for Human Rights who investigated the IDF assault on the Mavi Marmara concluded that Dogan, far from “assaulting” IDF forces, had been trying to video-tape their slaughter of others when he was attacked and slain.

As for President Obama, who is forever echoing his predecessor George W. Bush about his important job of “protecting Americans”? 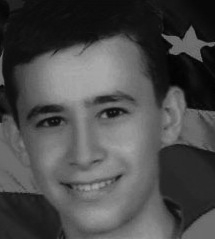 Furkan Dogan, American teen murdered by Israeli troops, ignored by President Obama and the US government

Far from expressing outrage at the murder of a US youth, he and his State Department, as I disclosed in an article in ThisCantBeHappening! on Sept. 27, 2010, hid news about the forensic evidence of Dogan’s execution after it was provided by Turkey, first to the U.S Embassy in Ankara, and then to the White House directly.

As I wrote at that time:

Turkey, a NATO ally of the United States, says it sent the autopsy report to the US via the US Embassy in Turkey, as soon as it was completed, assuming the US would want to prosecute Israel for his death. Instead, the Obama administration and the US Justice Department sat and continue to sit on the information, saying nothing. A request by ThisCantBeHappening for information from the Justice Department about the autopsy elicited only a brief “We have no comment for you,” from DOJ spokesman Dean Boyd.

Now the president has been roundly condemned for his callous disregard for the brutal slaughter of one of his country’s own young citizens by no less than the prime minister of Turkey, one of America’s NATO allies. Turkish PM Recep Tayyip Erdogan reported on September 10 that in a recent meeting with the U.S. president, he told Obama that Turkish medical examiners had determined that the nine victims had been hit by a total of 35 bullets, most fired at close range and — as we know from the reports — from the back. He later told reporters, “I asked President Obama whether the reason he showed no interest in one of his nationals being killed was because [the victim] was [ethnically] Turkish – he didn’t reply.”

No U.S. corporate media reporters have ventured to ask Obama about this shocking silence. Nor was Erdogan’s account mentioned in the mainstream media — even in the New York Times, where on Sept. 12, reporter David D. Kirkpatrick actually wrote a report on Erdogan’s new assertiveness in which he mentioned the Turkish PM’s “faulting” of the U.S. for failing to demand an apology from Israel “for the killing of its citizens” in the May 31, 2010 raid.

Failing to mention at such a point that Erdogan had leveled an even more explosive charge directly against the president himself is simply journalist malpractice on Kirkpatrick’s and the Times’ part. (Compare the Times and other US media outlets’ coverage of the plight of two captured U.S. hikers in Iranian captivity, who have not been killed or even treated badly by U.S. prison standards, to the non-coverrage of Dogan’s murder.)

Where does the account of Erdogan’s comment to President Obama appear? In the Jewish Daily Forward, a publication printed in New York City, which had an article titled “Rift Between Israel and Turkey Puts White House on the Spot.”

Of course, this would not be the first time that a U.S. president had failed to condemn a brutal murder of an American by Israel. President Johnson famously covered up Israel’s monstrous attack on the U.S. Navy spy ship Liberty during the 1967 Six-Day War–an unprovoked attack on a vessel of its key ally, which killed 34 U.S. sailors and injured another 170.

But this murder of Dogan, while minor in size compared to the attack on the Liberty, is in another way perhaps worse, as it was an attack on a peaceful ship in international waters and involves the murder of an unarmed young man who was doing nothing but trying to document an ongoing atrocity.

For President Obama to maintain his silence in this case is not just a shameful act — it is a message to the rest of the world that where Middle East issues are concerned, he and the rest of the U.S. government are completely in the control of the right-wing Israeli government and of its zionist backers in the U.S., even to the point of being willing to alienate the entire 75 million people of Turkey.

The president’s shame is only matched by the equally shameful behavior of the U.S. corporate media, which have likewise blacked out this Israeli atrocity against an innocent young American.