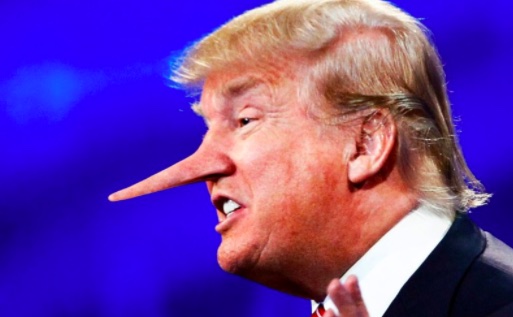 In 2016, exit polls show that Donald Trump won the over-50 vote by a big margin. With voters over the age of 50 accounting for 45% of voters that year, Trump, according to  a study by AARP was the choice of 55% of that demographic, compared to 44% who voted for Hillary Clinton.  Trump’s margin was even higher in the three key “swing” states — Michigan, Pennsylvania and Wisconsin —  that went narrowly for Trump to give him the win where it counted, in the Electoral College.

Trump didn’t win a majority of all older voters. Minority voters — both black and Latino — went heavily for Clinton, but Trump’s support among elderly white voters was overwhelming.

Now, it’s important to note that at that time, not surprisingly, the AARP also reports that its survey of voters over age 50 found that two-thirds of them, 67%, ranked protecting Social Security as their number one issue.  The elderly and near-elderly, few of whom have traditional pensions where they work, and few of whom have any significant retirement savings, have been acutely aware that the Trust Fund established in a 1983 compromise between President Ronald Reagan and a Democratic Congress to pre-fund the wave of Baby Boomer retirees, is running down faster than anticipated, and will be exhausted by 2035 unless action is taken to bolster funding, and that if no action were taken, benefits would have to be cut at that point by 27% going forward.

But Trump took that issue off the table by promising during the 2016 campaign that he would “not touch” Social Security benefits as president.

Well, now we know the truth.

In his proposed 2021 budget, Trump called for a $75 billion cut in Social Security benefits for retirees over the next ten years, to be accomplished by reducing the inflation adjustment in benefits each year — an adjustment that has already run behind the rate of inflation for so long that retirees today receive about 30% less in monthly benefits in constant dollars the they were getting back in 2000, just twenty years ago. Trump proposed wrsening the gap further by slowing the adjustment even more. He also attacked Social Security Disability funding and Supplemental Social Security Income (SSI) which helps boost benefits for those elderly and disabled people whose income is  below the poverty line.

Now, Trump has said, on August 8, that come Jan. 20, 2021, if he is re-elected as president, he will not just waive the repayment requirement for those who took advantage of his Aug. 10 executive order allowing deferment until Jan. 1 2021 of payment of the FICA and Medicare payroll taxes by employers and employee, meaning that those taxes would simply not be paid for the prior four or five months. He added that he might eliminate the payroll taxes for both programs entirely going forward.

Stephen Goss is the chief actuary at the Social Security Administration, a non-partisan civil service position he has held since the first year of the George W. Bush presidency in 2001. In response to query sent to him by independent Senator Bernie Sanders of Vermont and three Democratic colleagues, Chris Van Hollen of Maryland, Chuck Schumer of New York and Ron Wyden of Oregon, Goss said that eliminating the payroll tax entirely, which brings in about $1 trillion a year in payroll taxes from employers and employees to fund current benefits paid to retirees, would force the Social Security Administration to draw on the Trust Fund, which he said would then be completely depleted by mid-2023, less than three years from now. The Disability Fund would be depleted even sooner, sometime next year, he said.

At that point, Goss wrote, without the payroll tax, the only income for the Social Security system would be “interest on the trust fund asset reserves and revenue derived from income taxation of Social Security benefits.” He added,  “These two sources of income account for $118.8 billion, or just 10.3 percent, of the total $1,149.8 billion in income projected to be received by the trust funds under current law for calendar year 2021.”

After that point, of course, it would even be less coming in since as the trust fund drained down over the next two years, that interest income, too, would vanish.

Now obviously, Social Security simply vanishing over the next three years of a second Trump term would not be allowed to happen. Even a bicameral Congress with majorities of Trump sycophants would not permit it. But the question remains: If workers and employers suddenly had the payroll tax obligation removed, where would the necessary $1.15 trillion a year to pay for promised retiree benefits come from?

He’s lied to wives, voters, courts, Congress…How can the elderly trust him?

If you are a retiree (as I am at 71!) or are over 50 and looking at your future after you no longer have a full-time job, do you want to be dependent on what Trump and a future Congress next year would come up with to replace that payroll tax money?  Do you think they’d slap the bill on the wealthy and corporations with a vastly more progressive income tax and corporate profits tax? Does that sound like something Trump would support? Do you think they’d pass an extortionate stock and bond transaction tax on all trades? Or perhaps they’d slash the military budget by 90% to come up with most of the money, and get the rest by killing the Department of Homeland Security and the NSA?

Maybe they’d decide to turn Social Security into a welfare program, making it a need-based system. Well, that would give some pittance to the poor I suppose, but do you think they’d keep providing benefits to the middle class retirees? And once it’s need based, do you think the broader public will continue to support funding the program with their taxes?

I worked as a journalist for 48 years, and at various other jobs like building and grounds work, school bus driver, long-haul trucker and temporary typist before that. I never made a lot of money, but I earned enough to be in the middle class. Much of that time, since 1979, I was a freelance writer, and paid the full employer-and-employee payroll tax bill of 14.8% of net profits for FICA and Medicare, waiting until age 70 to start collecting benefits to maximize the amount I’d receive, which is $2400 a month.   If that were to be slashed by 50% or 75%, I’d be hard-pressed to buy food, pay for health care, make my property tax bill, etc.

You know the drill.

Think before you vote!

So here’s a memo to all you folks over 50:  Think long and hard when you go into the voting booth or send in a mail-in ballot this year for president and for your members of Congress. Maybe you believe Trump’s tub-thumping over-the-top dog-whistle warnings that Joe Biden is going to “destroy the suburbs” or “turn the US into a socialist country,” or that he will “open the border” to a tidal wave of immigrants. If you’re that out of touch and paranoid, I can’t help you with that. But here’s another thing for you and everyone else to consider:  Do you believe Trump when he says he will not cut Social Security?

Because that’s not an over-the-top empty threat. He has already proposed cuts in his budget proposal for next year, and already authorized deferred payment of the FICA and Medicare payroll tax, promising to make that deferral an actual cancellation of the tax “if I’m elected.”  That promise should be called what it is:  a bribe to vote for him.  But it’s a bribe that you’ll end up paying dearly for if you take advantage of it, as it will come out of your Social Security benefits in the end.

Many Americans don’t even know that the FICA deduction on their pay stub is to pay for their future Social Security benefit. Many also don’t know that their employer is paying a matching amount that they get credit for by the SSA.  Same for the Medicare tax, which at least is called what it is. These two payroll taxes are the only taxes you pay where you know exactly what they’re for:  calculating what your social security benefit amount will be when you retire. The more tax you pay, the higher your benefit checks will be…that is unless someone like Trump comes along and takes it away when it’s time for you to start receiving it.

Back in 2016, a majority of America’s older white voters, while saying that protecting Social Security was their biggest issue,  believed candidate Donald Trump when he said he would not cut Social Security and Medicare benefits. Confident in that promise, they voted for him by a huge margin over his Democratic opponent Hillary Clinton. Now Trump, a consummate liar over the past four years, has betrayed them and all of us.  If Trump wins a second term, it will be his last four years as president under the Constitution. Do you, as a retiree or soon-to-be retiree want to trust that, with no need to worry about re-election, he would not steal your earned benefits during a second term?

Is saving Social Security still your number-one issue? If so, the choice is clear. Trump is a menace to older Americans of all colors and, excepting the upper class, of Americans of all income levels.

Vote for him at your own and all of our peril.