The American media are full of glowing reports and praise for President Obama for “brokering” a detente between Israel and Turkey, two former allies who have been at loggerheads since May 31, 2010 when heavily armed Israeli Defense Force fighters boarded the Mavi Marmara, a Turkish-flagged vessel seeking to break Israel’s illegal blockade of Gaza with non-military supplies, and killed nine unarmed peace flotilla activists.

In the deal arranged by the American president, Israel’s hot-head prime minister, Benjamin Netanyahu, who had ordered the raid, apologized “to the Turkish people” for “any mistakes that might have led to the loss of life or injury.”

It was a lame excuse for murder, but it appears that Turkey’s government was ready to bury the hatchet and, as a client state of the US, was also under some pressure from this country too.

It is interesting and indicative of the continuing power of the pro-Israel lobby in the US, that President Obama did not, as part of this brokered deal, bother to demand that Netanyahu include an apology, weak or otherwise, to the American people for the killing of an American national. For one of the nine people slaughtered by the IDF in that raid, a 19-year-old young man named Furkan Dogan, was an American citizen — a son of Turkish parents, but born in the U.S.

Dogan’s death has never been protested or even investigated or questioned by the US government — an astonishing abrogation of this government’s oft-repeated promise to protect American lives. Indeed, in his first debate in the series of three presidential campaign debates with Republican Mitt Romney last fall, President Obama said, in his first answer to a question from the moderator, that his number on responsibility was to protect Americans. 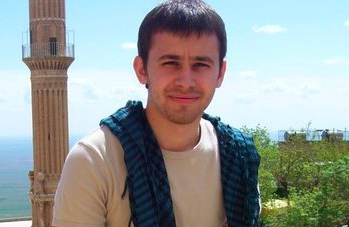 Furkan Dogan in Turkey before he was killed on a peace voyage to Gaza by Israeli Defense Force boarders. Obama’s response: No apology needed.

Not young Furkan Dogan, though.

As we reported here in ThisCantBeHappening!, the unarmed Dogan, who was filming the IDF boarding of the Mavi Marmara, was beaten and kicked viciously on the deck by two IDF thugs, who then fired at him with their shotguns at point blank range.

As we also reported, the Turkish Council of Forensic Medicine conducted an official autopsy which concluded that Dogan had been killed by two shots to the face fired at close range — this as he lay already gravely wounded on the deck of the ship, having been already shot in the back, leg and foot.

This report, which was conveyed directly to the US Embassy in Ankara in July, 2010, was sat on, covered up and ignored, and went unreported. Turkey later relayed the autopsy report directly to the White House, and finally, when that to elicited no response, Turkish Prime Minister Recep Tayyip Erdogan mentioned it specifically himself during a state visit to Obama. The Turkish leader later expressed his surprise to reporters following his meeting with the president that the US had not protested the killing of one of its citizens. As he told reporters, ‘I asked President Obama whether the reason he showed no interest in one of his nationals being killed was because [the victim] was [ethnically] Turkish. He didn’t reply.’”

What a freaking outrage!

The idea that this president cannot demand even a mild apology from an Israeli prime minister for the brutal slaughter of an unarmed US citizen, even as he is brokering such an apology for the killing of nine Turkish citizens, is beyond appalling.

Equally, or perhaps even more appalling, is the complete failure of the US corporate media to mention this failure, even as they note that one of the nine killed was a “Turkish-American.”

Actually, he was more than that. He was an American, pure and simple. An American born in America, and you don’t get more American than that.

I guess if you think you have the right to kill US citizens without a trial, as Obama does, you probably figure you don’t have to demand apologies from foreign leaders who order their deaths, too.

The victims are just US citizens after all. No big deal.