This article originally appears in WhoWhatWhy.com

The New York Times has a venerable history of eliding references to any US role in overthrowing governments or murdering foreign leaders. But an article in Thursday’s edition by Times reporter Simon Romero (Latin America Brings Up Its Dead, Seeking Truth to Help Settle the Past) raises the censorship bar.

Running at over 1200 words, the article describes the exhumation of the remains of the likes of leftist Chilean poet and Nobel Laureate Pablo Neruda, deposed leftist Brazilian Presidents Joao Goulart and Juscelino Kubitschek, ousted Chilean President Salvador Allende Gossens and his predecessor Eduardo Frei Montalva—all of whose deaths are viewed with suspicion by Latin Americans. Yet Romero manages to mention a possible US role only once, and then only indirectly and with reference to a half-century old case —when he notes that Brazil’s elected President Goulart had been ousted from office in a 1964 military coup “supported by the United States.”

That is the only reference to the US in the entire article.

Quite remarkably, given the amount that has been exposed over the years about it, Romero mentions the role of a Latin America-wide assassination program called Operation Condor—without once noting that the whole thing was orchestrated or at least encouraged and enabled by the US.

Condor was a vast conspiracy that involved the cooperative efforts of the intelligence agencies of all the military dictatorships in the region which, during the 1970s and 1980s, killed as many as 35,000-50,000 people, mostly leftist leaders, labor activists, and opponents of those dictatorships. 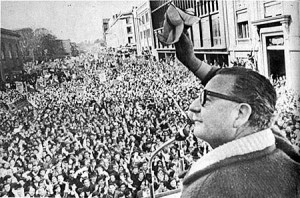 For the rest of this article, please go to: www.whowhatwhy.com