The White House’s initial response to the release of 92,000 pages of raw reports from the field by US forces in Afghanistan for a period from 2004-2009–that it was a threat to national security and to the lives of American troops–was as predictable as it was farcical.

These documents didn’t reveal anything new to America’s enemies in Afghanistan or Pakistan. The Taliban fighters knew full well that their heat-seeking missiles had successfully downed American helicopters. They didn’t reveal anything new to Pakistan’s intelligence service, the ISI. The Pakistanis knew that they were assisting the Taliban with intelligence, strategic planning and weapons in their fight against US forces and the current puppet regime in Kabul. They didn’t reveal anything to the long-suffering civilian population in Afghanistan either. Afghans know that US forces have been targeting them at checkpoints, wantonly bombing their houses and villages in attempts to hit suspected Taliban or Al Qaeda leaders or fighters, and covering up those atrocities when innocent men, women and children are the victims.

No, what the release of these documents threaten is the huge almost decade-long lie that both the last administration of President George W. Bush, and the current administration of Barack Obama have been putting out, that the US is engaged in a “good war,” trying to defeat “terrorists” and establish a democratic government in Afghanistan. 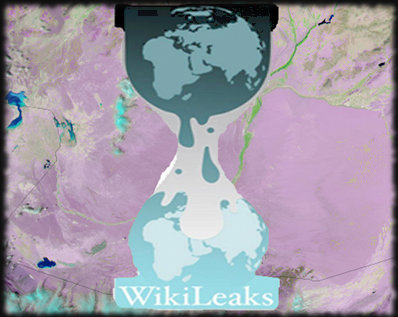 This is what makes the WikiLeaks release of these documents so much like Daniel Ellsberg’s and Tony Russo’s release of the Pentagon Papers. It’s not so much that there was explosive new information in these papers, though there is some. It’s that they expose to the American public the depth and breadth of government and Pentagon lying about the wars in question–Afghanistan in the WikiLeaks case, and Indochina in the Pentagon Papers case.

The WikiLeaks documents show the US to be engaged in a brutal war in which the local civilians are of no consequence, or in which they are even seen as the enemy. The only reason there is any concern at all about their welfare is a recognition that when they are killed, it strengthens support for the Taliban. There is no objective concern for their welfare.

The danger of the WikiLeaks papers is that they expose America as a classic imperialist or neo-colonialist oppressor, not some kind of virtuous purveyor and defender of freedom and democratic principles.

And this kind of exposé risks turning Americans against the war even more than they already are (polls taken just before the WikiLeaks release show that even with the biased, pro-war coverage provided by the corporate media, a narrow majority of Americans currently wants the US out of Afghanistan).

That is what has the White House and the Pentagon in a panic.

America’s foreign policy, and particularly its policy of war without end, is critically dependent upon the government’s ability to lie with impunity. Most of the time, it gets away with this lying. The corporate media, for the most part, play along, only questioning things on the margin, if at all. The basis premise, that the war is necessary, doesn’t get challenged.

WikiLeaks, with this well-planned and orchestrated dump of incriminating documents, broke through the careful web of lies by providing the material not just to that prime information gatekeeper, the New York Times, which almost certainly would have ignored or minimized the story had it been the sole recipient of the material, but to the British Guardian newspaper, and to the German magazine Der Spiegel, both of which have shown much more of a willingness to expose the harsh realities of the Afghan War to their readers. The Times had no alternative but to report more or less honestly on the documents and their significance — though it still tended to focus less on the war’s impact on innocent civilians than on the reaction of the government and the military to the documents’ release than did the Guardian and Der Spiegel.

Secrecy has no place in a democracy. That once again is the lesson here, as it was with the Pentagon Papers.

America, much more so than in 1971, is run by a secret government. Almost anything that could embarrass the government, or that could anger the public, is kept secret on the broad grounds of “national security,” a term that has become broadened to such an extent that it can cover almost anything. Even information about the BP well disaster in the Gulf, because it has been put under the jurisdiction of the US Coast Guard, a military organization, instead of the Department of Energy or the Department of Interior, is kept secret from the public by a kind of unmentioned notion of “national security,” since the Coast Guard adopts the same pinched approach to public disclosure as the Pentagon: zip.

We Americans have become so used to being lied to and to having information withheld from us, that even when we hear a reporter say the government isn’t answering a question because it involves “national security,” we just accept it, as in: “Oh, yeah. National Security. Well, that makes sense.”

But it doesn’t make sense at all.

At the end of the disastrous Indochina War, one of the lessons most commonly drawn by policymakers was that the US should not get involved in wars that the American public doesn’t support. But instead of that leading to a new openness in foreign policy, so that armed conflict would only happen after a strong case was made to the American public, what happened was that even more secrecy was wrapped around American military activities abroad, and at the same propaganda capabilities were ramped up. Instead of democratizing the question of going to war, the focus was put on enhancing the ability to mold and shape public opinion in favor of war.

The latest conflicts were preceded by more covert action, and more secrecy, and involved more lies to the public than any in the past, making public support for them based solely on propaganda and lies.

Hence the panic over the WikiLeaks documents, which expose the propaganda and lies.

How will the families of the dead and maimed American troops (and other Americans), respond to the news that the war their loved ones died in or came home permanently maimed from was fought “on the cheap,” leaving them vulnerable to attack? How will they respond to learning that they died or were disabled in part because America’s ostensible ally, Pakistan, was simultaneously providing aid to the Taliban even as it was receiving money and military aid from the US? How will they respond to learning that through all these years, as generals and politicians talked of “winning” the war in Afghanistan, they knew that things were getting worse, and that the war was unwinnable?

This all remains to be seen, of course. The American public is so used to getting lied to that the response may just be a deeper retreat into debilitating cynicism. After all, it’s not easy to see where to turn. The Democrats and the Republicans are both the parties of war without end.

But then, maybe with the economy in ruins, the thought of blowing another half trillion dollars on this pointless war, and on more pointless wars being planned for the years ahead (Iran? North Korea? Venezuela?), will cause people to think straight and reject the whole idea.

How about spending that money here at home on better schools, better retirement funding, better health care, and on alternative energy?

And how about a return to open government, or at least an end to secret government? As former President James Madison said in 1832, “A popular government, without popular information, or the means of acquiring it, is but a prologue to a farce or a tragedy; or, perhaps both.”

If Americans were truly to develop a revolutionary “tea-party” attitude, as opposed to the fake Tea Party movement orchestrated by Fox and the Republican Party, every member of Congress who voted yesterday to provide more funding to escalate the war in Afghanistan would be booted from office this November.

The WikiLeaks documents should jolt us all in that direction.