Edward Samuel Herman, who died peacefully in his sleep at the age of 92 on Nov. 11, didn’t just cry out “fake news” like so many politicians and media pundits do today referring to stories that they object to. Rather, he explained why so much of the news in the US is and has long been fake and how the seemingly independent system of news organizations go about creating it, almost as if they were operating under the direction of some government of propaganda.

The co-author (actually the primaryauthor, as his non-alphabetical top billing on the cover makes clear) with Noam Chomsky of the ground-breaking 1988 book Manufacturing Consent, Herman, a professor of economics in the University of Pennsylvania’s Wharton School of Business, devoted much of his career to exposing the lies and distortions of the US media. But unlike most media critics, he took his critiques much deeper, explaining how the US media, especially since the end of World War II, have actually come to function as an unofficial Ministry of Truth, creating a false narrative of the US as a benevolent, democratic promoter and defender of freedom around the world, even as it has actually become the world’s greatest purveyor of violence, defender of tyrants and transgressor of international law. 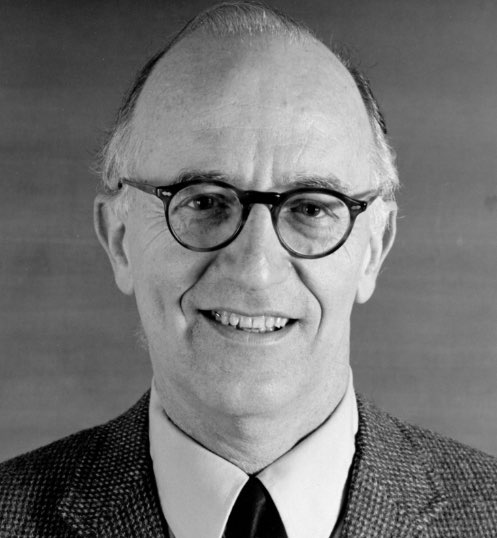 I first got to know about Ed through his writings in publications like Lies of Our Times and Extra!, but especially because of Manufacturing Consent, a touchstone of any serious modern media criticism. After reading that book for the first time 15 years after I had begun my career as a journalist, I suddenly understood exactly why I had become alienated from my employers — both in newspapers and television — that I had to quit working as a staff journalist and become a freelancer after just seven years in the business. When I would find my best stories killed by editors, or buried on inside pages, I used to blame it on the gutlessness or idiocy of individual editors, not realizing that it was a systemic problem, bigger than individual editors or even individual news corporations.

Herman and Chomsky explained what I had, before reading their book, never quite realized: that what I was doing in reporting and writing news articles, was not at all the product of the industry I worked for. I was merely a cog in the machine helping them to harvest the real product, which is “eyeballs” — the readers or viewers of my work — which they could then sell to advertisers. Viewed in that light it became clear why our employers wanted us journalistic workers to focus on stories that had drama and controversy but that didn’t make readers feel overly angry or depressed, and they certainly didn’t want stories that offended major advertisers or, god forbid, entire industries or government regulators.

Realizing that, like a scythe or a threshing machine on a farm harvesting wheat, as a staff journalist I was just a tool, a cog, part of a machine on the media plantation harvesting eyeballs, and not a creator and a crusading tribune of truth, was a profound awakening.

It was only years later that I got to know Ed Herman personally as a friend. It was after I had moved to Philadelphia, following six years of living and working as a journalist in China and Hong Kong. Ed contacted me because of Killing Time, a book I’d written investigating the controversial death penalty case of Black Philadelphia journalist Mumia Abu-Jamal, who had been convicted at a particularly corrupt trial in 1981 of the murder of a white police officer, and sentenced to death. Ed liked the book and had read some of my other articles and invited me to write critical pieces for a blog he had founded and continued to run for a few years called Inkywatch, to critique one of his bêtes noire, the local Philadelphia Inquirer.

He later became an enthusiastic reader and generous supporter of the collectively run alternative news site I founded in 2010, ThisCantBeHappening.net, though I never managed to get him to contribute a piece to our publication. He said he was kept busy enough contributing pieces to Z Magazine.

Ed kept writing his incisive articles right into the last year of his life, even contributing a chapter to the latest edition of Project Censored’s just released Top Censored Stories of 2018. He also, only weeks before his death, contributed an article to Monthly Review titled “Fake News on Russia and Other Official Enemies,” which directly spoke to the current sorry state of US journalism, particularly at in the case of his other bête noire, the New York Times. As he wrote:

“It has been amusing to watch the New York Times and other mainstream media outlets express their dismay over the rise and spread of ‘fake news.’ These publications take it as an obvious truth that what they provide is straightforward, unbiased, fact-based reporting. They do offer such news, but they also provide a steady flow of their own varied forms of fake news, often by disseminating false or misleading information supplied to them by the national security state, other branches of government, and sites of corporate power.”

He added, “Fake news on Russia is a Times tradition that can be traced back at least as far as the 1917 revolution.”

Ed grew frail in recent years but remained as full of a passion for life as ever. Last year he had my wife Joyce and me come over for lunch at his beautiful if terribly in need of repair house perched on a steep, wooded hillside in Penn Valley, PA, because he wanted Joyce, an early keyboard player, to take a beautiful multi-volume edition of keyboard music by Domenico Scarlatti off his hands, as well as any of his huge classical record collection that she wanted. It turned out that in addition to being a brilliant economist and an incisive media critic, Ed was an amateur pianist and a lover of classical music —especially keyboard music. He even managed earlier this year to attend a fair portion of a day-long Scarlatti marathon Joyce organized for herself and her harpsichord students as well as other members of the Temple University Boyer School of Music’s keyboard faculty, presented by the Temple Library. Fortunately he didn’t attempt to drive to the campus himself. (To my horror, Ed kept driving his battered old early ‘90s Lexus into his 90s. When I inquired about the broken front and rear bumpers, the dented doors, the stoved-in headlight and the two precariously broken and dangling side mirrors, he said, dismissively, “Oh, the drivers in Philadelphia are terrible. I keep getting run into.” I got him a replacement right-side mirror from a local scrapyard and urged him to go to his mechanic and have it installed, but I don’t know whether he ever did it. Somehow he managed to avoid for years having some cop stop him and force him to get his treacherous wreck of a vehicle repaired or off the road.)

Ed remained as undaunted by the slings and arrows of his many conservative and liberal critics as he was by the aggressive Philly drivers he claimed were mauling his poor car from left and right, and while some of those liberal critics argued that his and Chomsky’s devastating characterization of US corporate media as propaganda vehicles could be demoralizing to opposition movements, Ed never seemed demoralized himself, but rather appeared energized by the battle. He was also not shy about tackling that taboo topic of Israel and the power of the Israel lobby in the US to influence US media coverage, particularly of Middle East issues, or about clearly characterizing Israeli policy towards Palestinians as “ethnic cleansing.”

Ed’s more than 20 books and his prodigious output of articles and essays on media issues remain as relevant today as when they were written. As Rolling Stone journalist Matt Taibi wrote in a short obituary, not only is Ed’s work still relevant today, but “It’s a shame he never wrote a sequel” to Manufacturing Consent, which we need “now more than ever.”

All of us concerned about the seemingly terminal decline of the Fourth Estate and of growing pressures on the alternative media from both government and the giant corporations that control the internet will sorely miss this warrior for truth and defender of dissent.

Ed, who lost his first wife of 67 years Mary Woody in 2013, is survived by Christine Abbott, a long-timer friend whom he married in 2015, as well as by a brother.

To date, the Philadelphia Inquirer has not published an obituary acknowledging the death of this critic of its work. This though the Inquirer diligently publishes obituaries about every professor of the city’s universities who dies.

Ed, I’m sure, would not be surprised that his passing appears to be being studiously ignored by paper he sometimes denigrated as the Stinky.